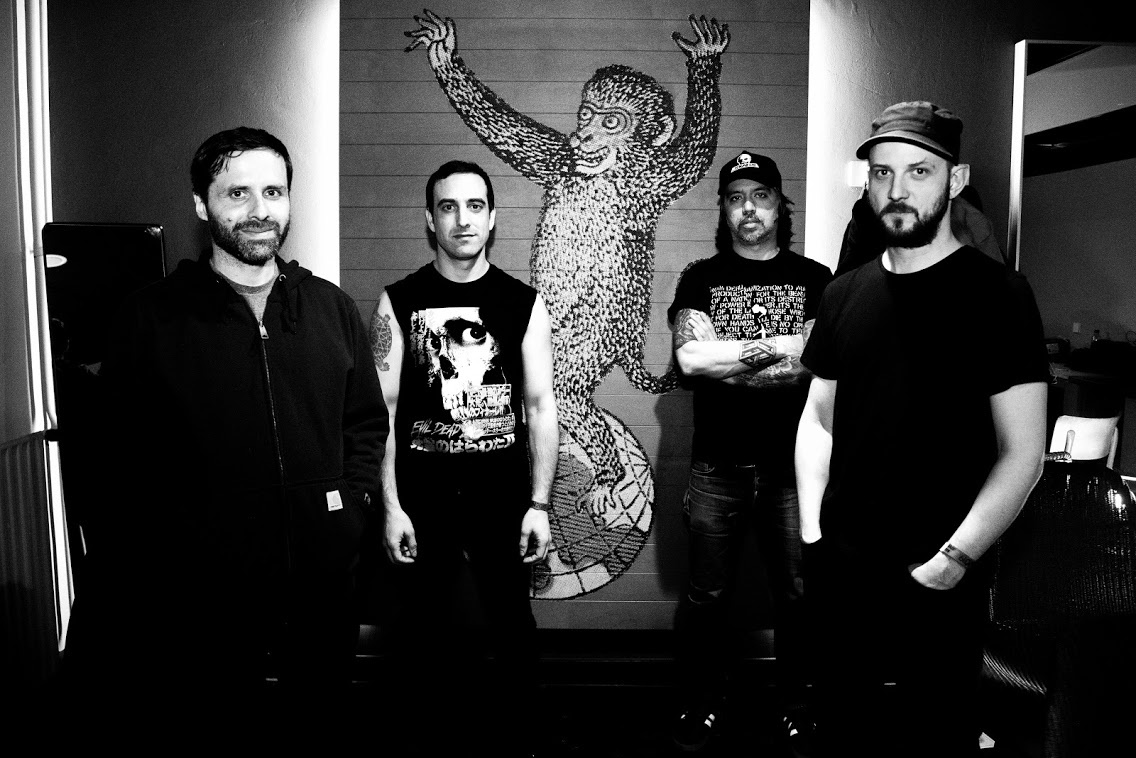 Caleb Scofield’s presence is felt in every note of Final Transmission. According to members of Cave In, that’s how their latest album had to be if it was going to even exist.

Scofield, the bassist and singer for the Massachusetts post-hardcore band, died at age 39 last March after a tragic car accident in New Hampshire. Scofield was a key component of Cave In’s prog/operatic/space metal push and pull. A veteran among the East Coast metal scene, Scofield also played with bands like Old Man Gloom and Zozobra. How Scofield could pull off playing certain riffs while singing fascinated members of each band as they prepared for benefit shows, which was captured in the short documentary “Harmonic Tremors.”

“There were other things to focus on first,” Cave In vocalist/guitarist Stephen Brodsky said. “There was Caleb’s memorial, [a performance at] Roadburn [Festival], the Boston benefit show. The Boston and L.A. benefit shows had a lot of moving parts, and it took the cooperation of everyone involved to make things run smoothly. Doing the work definitely strengthened relationships and also brought a sense of healing.

“Looking back, I think doing all that helped us mentally prepare to piece together what became Final Transmission.”

Still, as the band began work to complete the album, Brodsky had second thoughts.

“There were definitely moments like that for me,” Brodksy said. “Caleb could be very particular about quality control, and we kept that in mind as we went along, doing the bare minimum to finish what was started. Knowing that this album would benefit the Scofield family was really the guiding light.”

Culled from jam sessions and recordings that started in late 2017 and early 2018, Brodsky and bandmates guitarist Adam McGrath and JR Conners pushed forward on Final Transmission, knowing that each song had to have Scofield on it for it to be even considered.

“Caleb played on every song,” Brodsky said. “He was also particular about wanting to make the album in studio. Obviously, that didn’t happen, but thankfully, we worked with Andrew Schneider to mix the demos in a studio.

“I remember recording ‘Strange Reflection’ in particular. We were listening to a playback over the PA, and I sang along with some vocal ideas. Caleb said he liked what he’d heard. He also found it amusing to play the same chord progression throughout the entire song.”

Another song that sticks out is “Shake My Blood,” a cathartic track as the band wills itself to keep going and ultimately honor its friend.

“The feeling was there from the start,” Brodsky said of writing the lyrics to “Shake My Blood.” “It took a minute for me to feel comfortable singing the lyrics from the first-person perspective. I wanted it to be a group statement. What helped seal the deal was having JR and Adam sing in harmony.”

If there is a statement for Final Transmission, it’s a small note the band posted after releasing the album in early June: “This one’s for Caleb.” The album’s sincerity and mission is heard as soon as the listener presses play. There, you’ll hear a two-minute voice memo of Scofield playing guitar and humming a melody to himself.

“It was shortly after we last saw Caleb, when Cave In had gotten together to play for a weekend,” Brodsky said, recalling when he first heard the demo. “After we’d finished playing, Caleb left to return to his home in New Hampshire. That night, me, JR and Adam were hanging out in Cambridge when we got a text from Caleb. It contained the voice memo, along with a note saying he’d written lyrics for a new song. We listened to the voice memo immediately, loved what we’d heard, and we let him know it. It seemed like he was feeling inspired after having spent a productive couple of days together.”

With Final Transmission released, Cave In plans to spend some time on the road to support the album. Half of all album proceeds go to Scofield’s family. This summer, the band will appear at a few festivals and perform in Vienna and Prague, with Nate Newton on bass.

Wherever the band goes, Scofield remains that “guiding light.” When asked about a song Brodsky has enjoyed playing more recently, a song that brings up particular memories, he mentions a few tracks from the major label-backed Antenna.

“I’ll always have a soft spot for ‘Youth Overrided’ and ‘Seafrost,’ which were written almost entirely around Caleb’s bass lines,” Brodsky said. “Recently, we added ‘Joy Opposites’ to the live set, and that one feels good to revisit. I remember being in L.A., just jamming on the chorus riff over and over. That’s usually a good sign.”