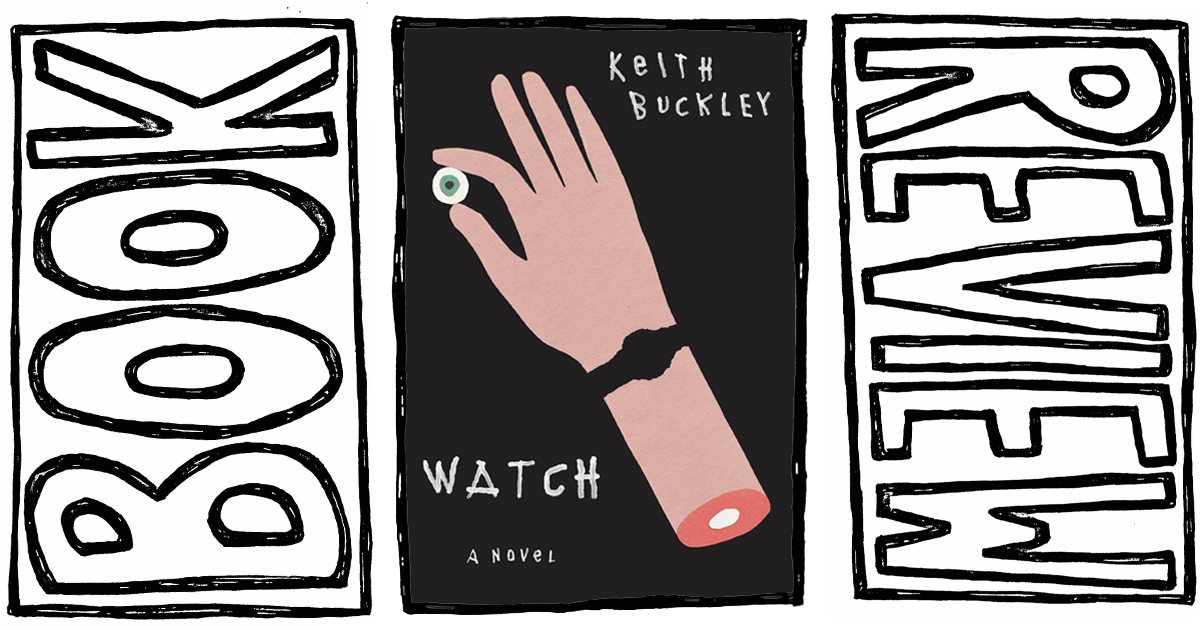 Book Review: A Man Stops Time and Loses Himself in a Blizzard

Keith Buckley’s Watch is a deep dive into grief, the self, and isolation.

You know the adage that it’s better to have loved and lost than never to have loved at all? This is not a book for the kinds of people who spout bullshit like that. Rather, it’s for people interested in the margins: between love and grief, between death and life, or between that fourth and fifth whiskey.

Keith Buckley, as you probably know, fronts Every Time I Die and The Damned Things, so fans familiar with his lyrics will feel right at home in Watch, packed as it is with bleak yet vividly-written imagery and biting, bitterly cold prose. Buckley’s second novel tells the story of John Harvey, a mediocre white guy living in Buffalo in the mid-eighties, and the relentless hammering he gets from fate. John’s whole life seems to be steered by shitty luck: the deaths of loved ones, losing his job, disgust with his own body, and more fun surprises.

The book opens with John’s decision to respond to these misfortunes by letting his dead wristwatch stay dead, subsequently losing his grip on time and reality. Guided by a rare erection, he ventures out into a blizzard. Whether or not he ever truly makes it back is for the reader to decide.

From that point onward, the narrative dips in and out of time, leaving only the traumatic imprints of John’s mixed-up memories as anchors in the narrative. The language is, obviously, lyrical, and heavy with brooding imagery. But it’s never monotonous, and there are occasional moments of hilarity to snap you out of the gloom. Buckley has a clear, natural sense of timing, so right when the clouds get too pervasive and you catch yourself thinking of playing a Sisters of Mercy album, in swoops a dorky Kenny Loggins-obsessed cokehead, or a crude bartender trying to get her fuck on, and you’re able to continue through the storm that is Harvey’s fucked-up, intriguing odyssey.

Even if your PMA prevents you from reading books about sad men, Watch is worth it for the chance to see how Buckley removes the constraints of time, merging past, present, and future into a portrait of human despair. His prose walks a razor-thin line between accessible and fevered, with occasional nods to Burroughs and Pynchon. Carefully-placed pop culture references remind you it’s the 80s without becoming tired, and others might be entirely made up (if anyone finds a copy of the Erotic Dictionary of Supernatural Mythology that John reads, let me know, but if Buckley made it up, even better).

Watch is a quick read, but you’ll get lost if you rush through it. You’ll probably get lost regardless, but I’m betting that’s intentional. It’s not a cautionary tale, because Buckley doesn’t moralize or preach. But one thing the story seems to impress is that, at the end of the day, time is your only resource. You don’t get do-overs. And once you go out into that blizzard, there’s no guarantee you’ll make it back.