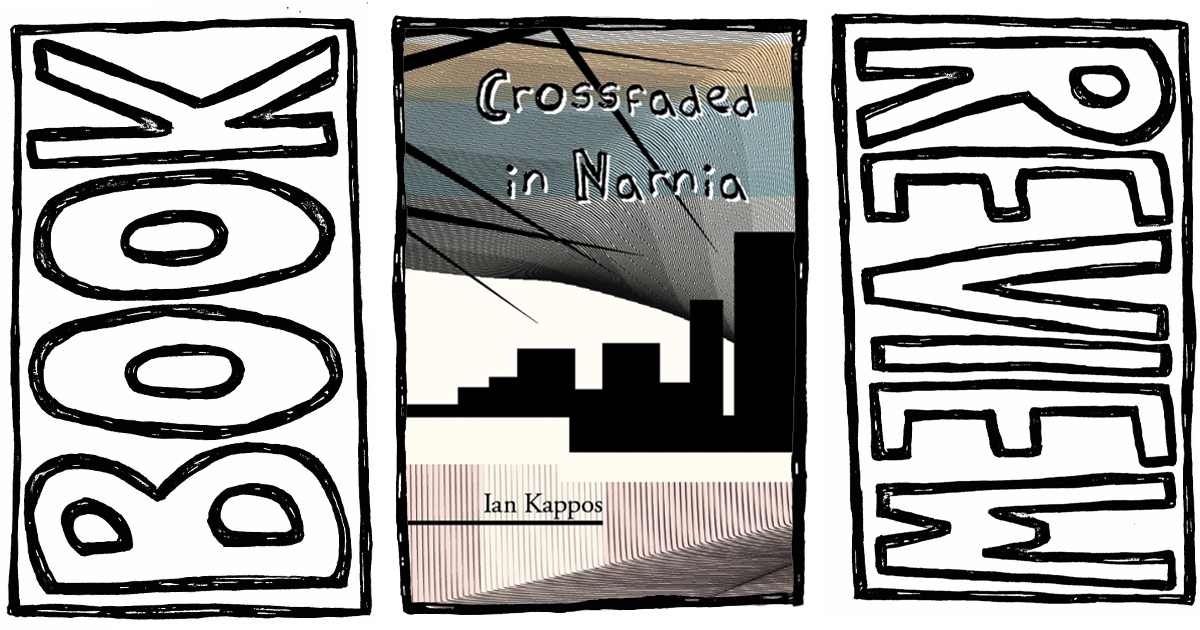 Book Review: Let’s Get Fucked Up And Observe the Unexplainable

Ian Kappos’s Crossfaded in Narnia is a brief, close encounter with the surreal

Writer Ian Kappos was frontman for the Sacramento hardcore/powerviolence band Cross Class, so this review goes out to all the real motherfuckers who wanna read more. Kappos’s short story collection, Crossfaded in Narnia, is a hxc* chapbook not just for fans of horror and magic realism, but for weirdos, misfits, punks, and loners. If you don’t know what a chapbook is, think of it like an EP with a handful of 3-minute songs, all blistering shouted melodies and surprising riffs, and the band maybe has a gimmick, like, they wear lizard costumes — the weirder, the better.

Each of the stories in Crossfaded in Narnia is a dense, vivid flash, briefly and unnervingly illuminating scenes of drug use and recovery, troubled homes, and unexplainable yet easily accepted phenomena. Just found a little man living inside a medicine cabinet jar? At least it’s more interesting than rehab! It might help if you’ve already read some bizarro fiction or otherwise weird scifi to really understand why the prose is so clipped, why shit just happens, why we’re moved along so quickly– but even if you’re uninitiated, read Crossfaded anyway. It’ll be like learning to swim by getting thrown in, and Kappos is a capable instructor.

Take the first story, “My Childhood as a Student of Chemical Warfare.” The young narrator deals with an overbearing asshole stepdad and the stress of his mom’s new job. The circumstances probably sound familiar to anyone who’s ever been involved in their local punk scene. That sense of estrangement from your own home is illustrated here with help from the stepdad’s creepy habit of wearing a gas-mask around the house, and the narrator’s struggle to deal with the side-effects of the mysterious purple substance his mom keeps tracking everywhere.

The stories aren’t connected, but they seem to all take place in the same kind of world. Here, it doesn’t matter whether someone is currently using drugs or stone cold sober; the chances of experiencing something unsettling, something new, twisted, and beautiful, are the same no matter what. The casual presentation of alien, alarming images, along with the fact that every story is in first-person, means you’re effortlessly absorbed into it. I dare you to read “Scoring for Ridnour Before High Tide” and then try not to shiver every time you hear the word “filament” for the rest of your life.