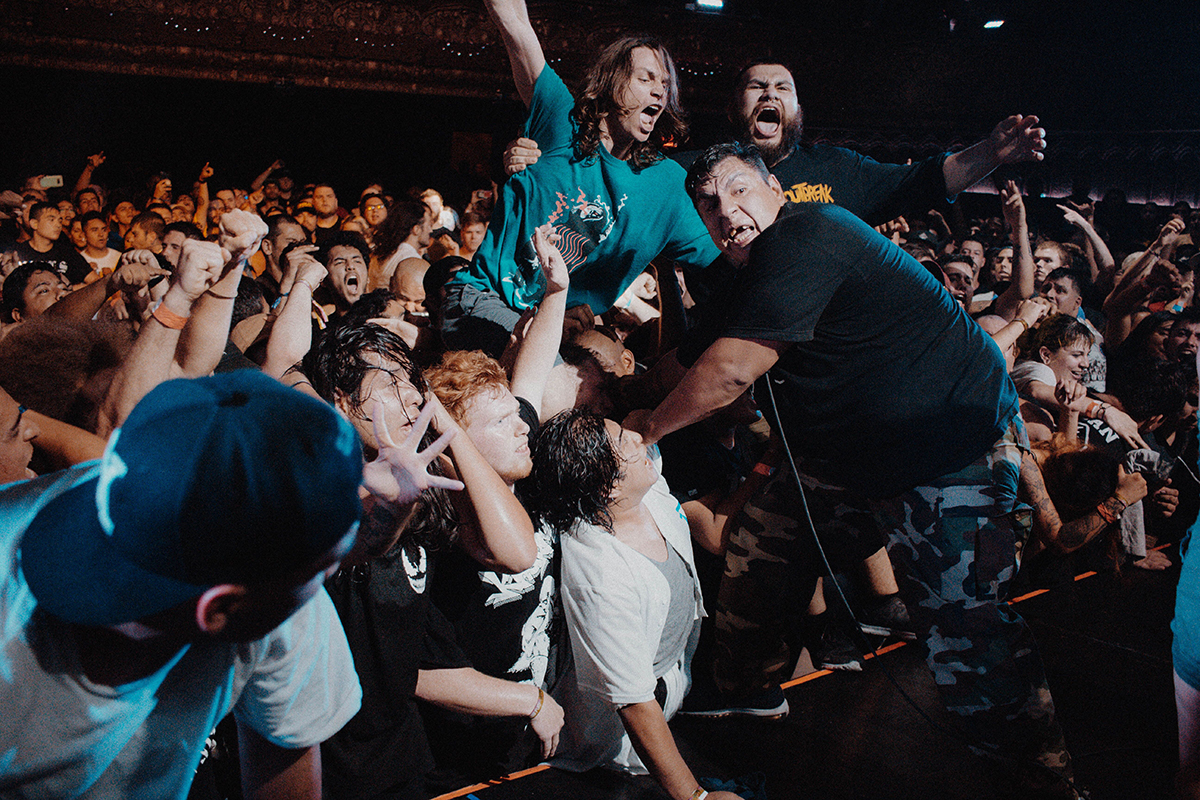 I think the first time I met Walter was after a Rotting Out show at the Branch Street House in Sacto. My friend Scott Ruggles made sure I was inside during the set and then introduced me to the band at the mandatory post-show tacos. Since then I’ve got to know Walter a bit, and become a big fan of his band. He’s also probably gained at least 50lbs of muscle since that time.

If you read the headlines about Walter a while back you’ll know all about the band’s abrupt end and Walter’s trip to prison. But if Sound and Fury was any indication, the band is back at it and people are more excited than ever. And in that way, the band has taken much the same path as Walter himself — been through a lot, without many helping hands, but still standing, striving, and (I’d like to think) with a brighter future than ever.

Walter is an inspiring character to me because he strikes that intimidating presence that most hardcore frontman shoot for, but is also able to open up and talk about issues many men shy away from. And I was really happy to have him on the podcast for that reason. You can listen by clicking below. The actual interview part starts at about 40 mins in: