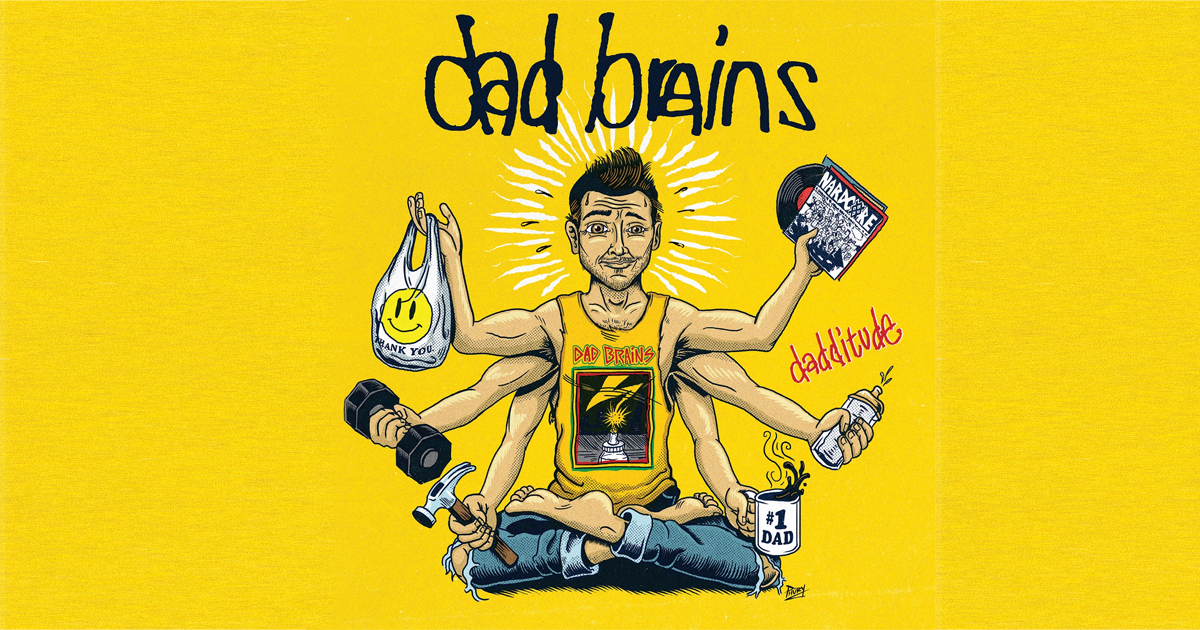 What if a satirical hardcore T-shirt rip design became a band? But then that band was sick?

That would be DAD BRAINS.

The dad-themed hardcore band plays fast, unrelenting hardcore filled to the brim with parental rage and puns. There are no kids left in hardcore anyways, so this one goes out to the dads. Check out the band’s new music video for “Daddy Guilt,” which features a flattened-out animation of H2O’s Toby Morse dishing out some harsh sentencing, EXCLUSIVELY below:

[Editor’s note: Is it at all surprising a band full of punk dads who like to make goofy jokes wanted to premiere their song via The Hard Times?]

The song comes from the band’s new EP “Dadditude’ out now on Pirates Press Records. If you dig the track and want to find out more about the band, I’d recommend reading this short Q&A on New Noise.