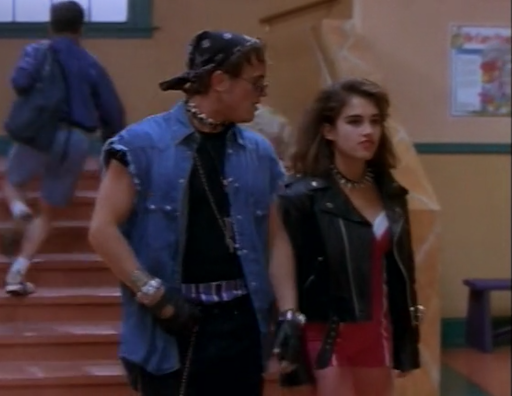 Learning the Dangers of Punk Through an Episode of Power Rangers

Power Rangers was created in 1993 after an American company bought footage of Japanese kaiju action scenes and edited in American actors. But perhaps the show’s most important work was the episode that contained a cautionary tale about kids turning into punks.

Before you ask, no I am not talking about the characters Bulk and Skull. Bulk and Skull may look like punk rockers, but eventually the characters go on to become cops, the least punk thing you could do. The moment I’m talking about is the first season episode titled Power Rangers Punk, a story in which the villain stops titular heroes by turning them into … uh, punks.

The episode starts with a monocled blue monkey scientist named Baboo on a flying unicycle who wants his own planet, because Japan knows how to write complex characters. Baboo is working on a punk potion to poison the rangers. Everyone who wants to be punk take note, the following are the ingredients for a punk potion:

Unfortunately, the episode does not provide the measurements, cooking instructions, or even the nutrition facts, so you’ll have to guesstimate some details. Baboo flies his unicycle over to where the Rangers are playing volleyball and drops the potion into each of their waters. When two of the Rangers (Billy and Kimberly) drink their water, they instantly become punk rockers. The first thing they do is call the other Rangers dorks, which let’s be honest: they are total dorks. For some reason the others don’t drink the poison, perhaps because realization of the truth ruined their thirst.

The next scene Billy and Kimberly are walking down the hall dressed in leather, chains, and other accessories they clearly did not possess before. Do you magically get these items from the potion or did they go on a shopping spree? Despite all my research I have yet to find confirmation.

Alpha 5 is seen spying on teenagers from a magic circle because robots don’t understand boundaries. Alpha is very upset that Kimberly and Billy are punk so he narcs out to Zordon. Zordon abducts Billy and Kimberly from school, putting them in an electrified cage (where all punks belong apparently). 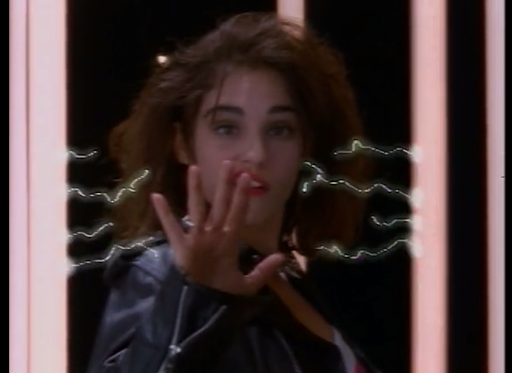 Billy and Kimberly continue to mock Zordon while in their cramped prison, using rebellious grown up phases like “this stinks” and “kick your buns.”  Their courage establishes that another side effect of punk is the confidence to stand up to your captors. 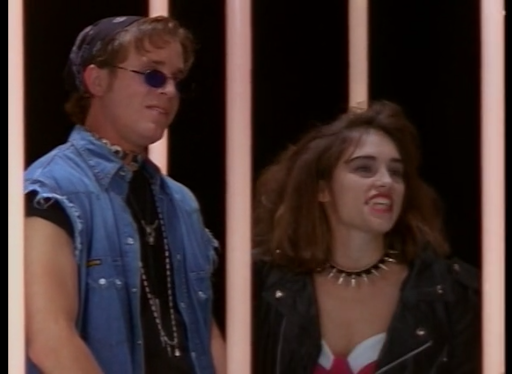 Zordon goes on to say he has encountered punk before. According to Wikipedia, Zordon was previously trapped in a portal for 10,000 years before the show began. This means in the Power Rangers universe punk did not originate in the 1970s, but rather has existed throughout the cosmos for eons surpassing the time of man itself. The next time someone argues with you about who was the first punk band, throw this fact in their face.

Zordon says the cure to punk is the sap from the singing squash, found between dimensions on someplace called Dramak 5. Zordon clearly has some strong hatred for punk music to have done enough research to know about this squash and its anti-punk oxidants. 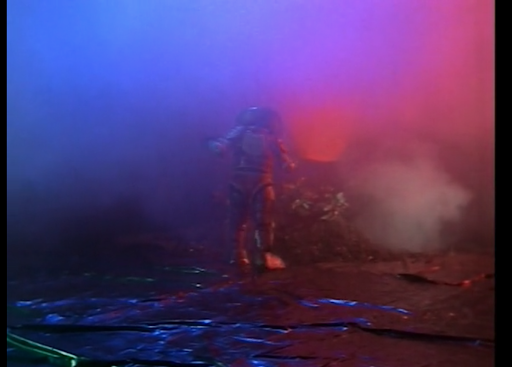 Zordon claims to have used the plant before to repel Rita and her minions, proving that Rita Repulsa is punk as hell. This makes sense because Rita Repulsa sounds like a great stage name and her monsters do look like they were former members of GWAR. Rita is looking cooler and cooler every minute while Zordon comes off like a dad who is not “with it.”

Alpha 5 goes to the dimensional gap for the cure. He pulls the singing squash and it starts letting out a high-pitched noise. It clearly doesn’t sing naturally, but rather is screaming in pain when ripped out of the ground. How many plants must suffer just because somebody doesn’t like punk?

The squash sap then turns them back into dorks, and they go back to earth to play with weapons and blow up a toad. I guess that’s what society prefers. I suppose that’s better. I’m half-sure this whole episode is the just the plot to Class of Nuke ‘Em High anyways.

So remember, people: if you enjoy anything punk, you are suffering from the poison that has been making people wear leather jackets for thousands of years. But in the end that’s not a big deal so don’t go around putting people in cages or making plants scream.