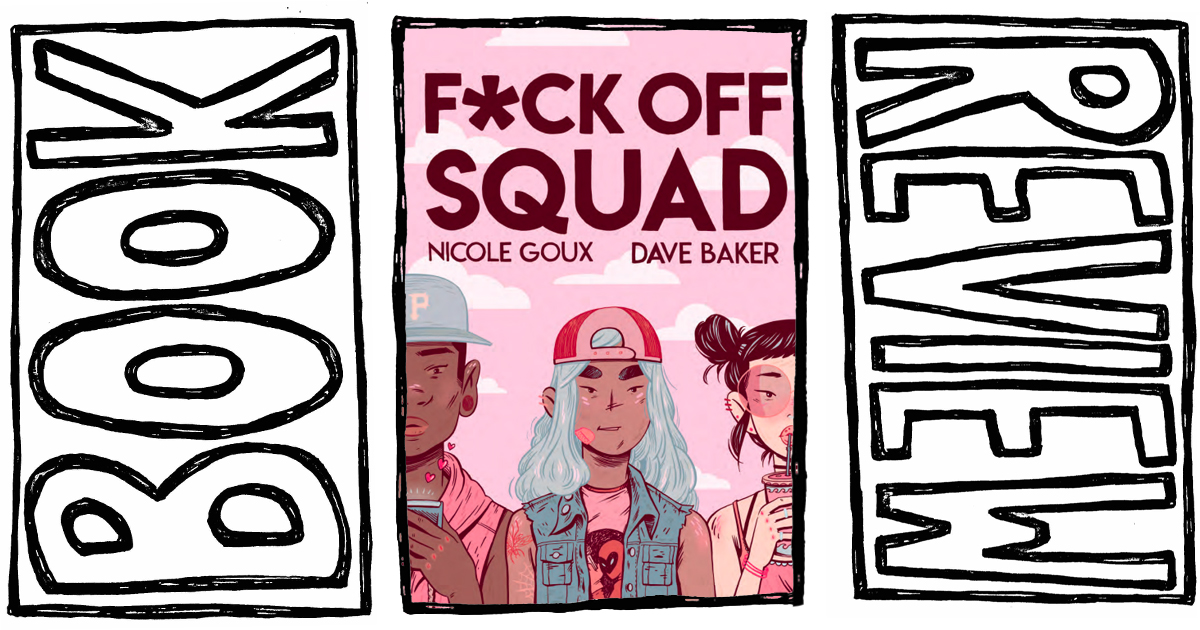 Book Review: Love in the Time of Skate Punk

Fuck Off Squad is an L.A. coming-of-age comic for all of us

The three stories collected in Fuck Off Squad were originally self-published by writer Dave Baker and artist Nicole Goux before getting collected and put out by Silver Sprocket (I highly recommend checking out the shop if you’re in the Bay Area). That means this comic has more punk cred than you. But that’s not important; what’s important is that it contains a skateboard named after Edward James Olmos.

Fuck Off Squad is about three young Los Angeles skaters: Vanessa “Jimmy” Trujillo, Clark Hobbs, and Megan Tran. They navigate shows, heartbreak, hookups, and fights with about as much luck as you’d expect from a trio of beautiful tattooed misfits. Or, maybe less. But because they’re the embodiment of a chosen family, they manage to survive these tribulations, even the self-inflicted ones.

From the very first page, two things immediately jump out: the artwork, which is dreamy and raw; and the level of specificity about the characters. Baker and Goux are so neurotically tuned in to the tastes and insecurities these people have, you can’t help but relate right away — especially if you, like Megan, frequently find yourself wanting to leave a social function to go home and watch one of the Hellraiser sequels. Seriously, this comic is a vivid joy to look at. Come for the sweetly rendered mid-city neighborhoods, stay for the Star Trek: TNG debates.

Some of these details are presented in text-box diagrams, indicating things like a character’s old speech impediment, how single they are, the age of their clothing, and so on. This is not only a super useful device for saving us time while we dig into the story, but it also means we get to learn a little about the background characters — like “Beardo McFuckface” and his penchant for “shitty Europop.” But there’s the same amount of care given to every pink-and-black panel, whether a tight scene of a crowded venue or dramatic, minimalist splash pages. It’s super likely one of the angsty not-teens, not-adults in Fuck Off Squad has a bedroom you’d swear you’ve been in before, to say nothing of the locals-only Los Angeles landmarks.

The ending feels a little abrupt, but that’s probably because I was left hungry for more of Goux’s art and more of Jimmy, Megan, and Clark’s misadventures. Fuck Off Squad is a standalone story collection, so even though there’s a possibility that Goux and Baker will come back to it eventually, for now, this is it. But since closure isn’t real, just be thankful that at least Jimmy, Megan, and Clark are still commiserating and sharing weed by the time all is said and done. Consider this your reminder to tell your friends you love them, or you’re a poser.