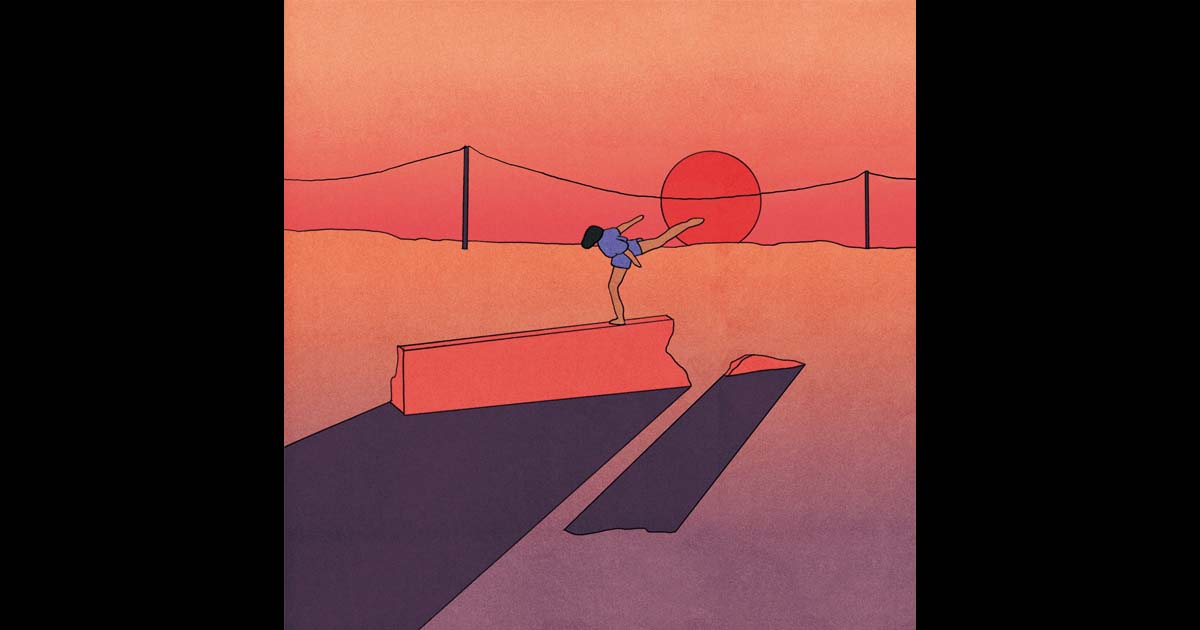 Over the past few years, dream-pop has broken out of its place in the underground’s collective consciousness to spread across the popscape like a mirage. Its shoegaze haze has cropped up in the work of artists as far apart on the popularity spectrum as Hatchie, Clairo and even Taylor Swift. With this broadening comes a loss in definition⎯ as more artists incorporate the aesthetics of the genre into their sound, the term dream-pop becomes harder to pin down beyond a general lo-fi, well, dreaminess.

In the middle of this ever-widening expanse is Jay Som, the project of Oakland songwriter Melina Duterte. Her first two releases, 2016’s Turn Into and 2017’s Everybody Works, were thick, effusive affairs whose insular worldbuilding and sharp melodicism walked the line between dreaminess and poppiness. Duterte’s latest album, Anak Ko, finds her walking a different divide, one between the clarity of progress and the haze of nostalgia. Sometimes she burns through that haze, and sometimes she succumbs to it.

The opening track, “If You Want It,” strikes an immediately different tone than her last album. Where Everybody Works was borne in on the plinking keys and yawning vocals, Anak Ko kicks off with undeniable movement courtesy of an urgent bassline and a cutting guitar figure. The song has so much momentum that it’s almost dizzying, and new sounds are introduced at breakneck speed. By the song’s climax, Duterte has folded in deep-field pan-flutes, jittery synth arpeggios, and a squelching guitar solo, resulting in a stereophonic puzzlebox that’s as wide as Slowdive and as tall as Spector.

The sheer sonic variety of “If You Want It” is as good a roadmap as any for what’s to come. Duterte has never been shy about her omnivorous musical appetite⎯ in interviews, she’s cited Carly Rae Jepsen, Phil Elverum and her time playing jazz trumpet as inspirations, amongst others⎯ but Anak Ko finds her wearing that variety on her sleeve with a newfound pride. Lead single “Superbike” combines Britpop strumminess with whalesong guitar squeals, and “Devotion” glides between thick plastic-funk syncopation and serene marimba interludes with impossible ease. “Tenderness” is lounge-pop made for convertible cruises, “Anak Ko” closes with chopped cyborg/siren vocals over Playstation start-up synths, and final track “Get Well” is a sunset ballad colored by slide guitars straight off a Mojave 3 record.

Despite these scattershot influences, the album is cohesive and incredibly well-sequenced. Duterte has a seemingly endless supply of earworm melodies, and each song flows naturally from its forebear, like a lovingly-crafted mixtape. But that lived-in quality can sometimes border on too familiar, occasionally threatening to push the album into something resembling nostalgia overload. By widening her sound, it almost feels like we lose sight of Duterte herself. She becomes unfocused, atomized, a blurry outline lost in a lens flare of lovingly crafted odes to the music that shaped her.

The dreamscape here is not the unconscious place we all return to when we sleep. It’s a time⎯ a halcyon era when you’re discovering the secret history of music, how this band is related to that one, how sounds grow into and out of each other. It’s an intensely personal time, one that often informs an artists output for the rest of their career. It’s a testament to Duterte’s skill that through her continued exploration of that time, she has kept a firm grasp on the intricacies of how good songs are made. No song here is bad, and many are great. She doesn’t have to worry about the dilution of dream-pop, only of diluting herself in the genre’s sentimental fog. Ultimately, experiencing a Jay Som album is similar to experiencing a sunset. You can’t help but be enraptured, even if you’ve seen this before.