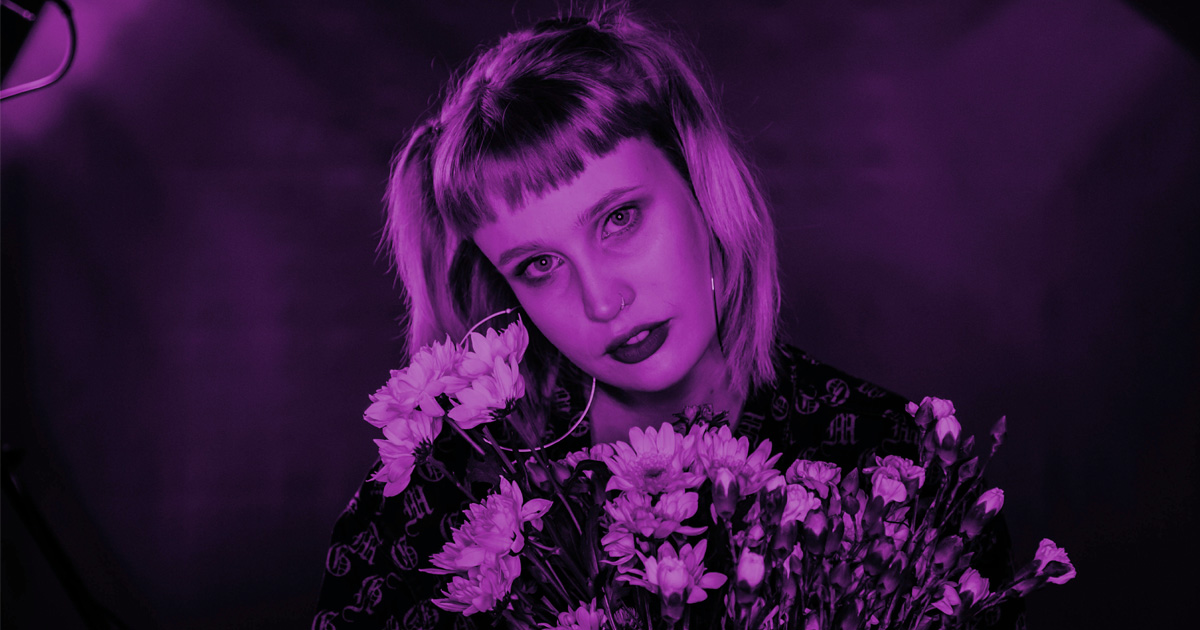 After the release of the 2018 EP “All I Said Was Never Heard,” the British singer began to write more pop hooks and riffs. Once she turned in singles like “Make Up Sex” and “Barbados” and saw the positive response, Farrall plunged into a new pop-laden sound.

“It was only recently that I’ve been able to make the music I’ve always wanted to make,” Farrall said. “I did acoustic music because I was writing by myself. I wasn’t getting the release I wanted out of acoustic music.

“Don’t get me wrong, that EP will always be close to my heart,” she said. “It’s a weight lifted off of me. But I don’t want to be in one genre. I want to be able to move in and out of different genres and not restrain myself.”

In an interview with Hard Noise, Farrall discussed leaning into that new pop sound, her upcoming full-length album, and how she is going to try to save us from stale pop music.

Hard Noise: Was “Make Up Sex” the song that started sending you in a pop direction?

Lizzy Farrall: Yeah, definitely. I’m into pop-punk, and the sub-genres of pop-punk, more emo. Being British, you’re fed indie music since the day you’re born. I remember listening to a lot of Turnover and various other sort of underground English bands.

When I was writing that “Make Up Sex” riff, I was like “I want to do something like this, and I’m not capable of doing it on my own.” I reached out to my friend, Ryan, who I was in college with, and I was like, “You’ve gotta help me with this song.” We just gelled and wrote that song together. It went from there. I really wanted to write with more people. I reached out to another friend, Miles (Kent, of Catch Fire), and we wrote “Barbados” together. “Barbados” was literally just a little idea that I had. I didn’t know if Pure Noise would like it. We sent it to them, and everyone thought it was great. I was like, “Hooray, let’s go down this road.” I took the leap.

You took some backlash for the lyrics of “Make Up Sex,” then you reacted in a way that made you lean into being more obnoxious.

Well, at the time I was writing “Make Up Sex,” I wasn’t in a very nice relationship. The song is an over-exaggerated version of events. I was watching a lot of crime dramas at the time. But women don’t really sing about sex. It doesn’t seem to be a thing in this scene. I was like, “Why am I limiting myself on what I want to write?” I just wanted to push myself to not be afraid. I have ADHD, so I tend to say stupid shit all of the time. I’m always very conscious of what I say, and I think that song was my way of saying, “Fuck it, I’m just going to do it and say what I want.”

When we released it, there was a reaction of “This is kind of risky.” I thought, “Wow, why is this risky? Is it because I’m saying the word ‘sex,’ and I’m a female?” Of course, that was it. It did literally make me go, “I want to sing more about it because I don’t feel there’s enough of it.” There shouldn’t be limits of what people should be singing based on their gender. A lot of stuff from the new album is blunt. That stemmed from the fact that I wanted to do this and didn’t want to hold myself back. Instead of me slowly trying to change my style and lyrical content, if I want to do it, I don’t want to wait around.

How is the new album coming?

Why “Bruise”? Do you bruise easily?

Oh God, yes. I bruise like a peach. You could poke me, and I’d bruise. The title is a metaphor, though, a reminder that none of this is permanent and will soon fade.

When will the new album be released?

Not sure. We’re waiting for the right time. We’re still building and grinding at the moment. We released the EP and have had a busy year so far.  We want to build as much attention as we can so when the time is right we can say, “Here you go.”

These days, it’s all about releasing singles. It used to full-length albums.

The attention span that we have now is just gone. It’s just singles — those are the things that stick, isn’t it? It’s mental, but I have that mentality now when I’m recording.

In my head, I wanted this album to have the smallest amount of songs, and each song is different. I wanted it to be like a playlist. I’m into so many genres, and yeah, there are albums I will listen to from start to finish, but the majority of the time, I’m listening to a playlist. To a certain degree, everyone is like that. I wanted to make something that wasn’t going to lose your attention. I don’t know if I succeeded yet (laughs). We’ll find out.

What are you currently listening to?

I don’t want to admit this, but the new Katy Perry song, “Never Really Over.” That song is ridiculous. That melody and chorus is pure gold. It’s money. I listened to it about 18 times yesterday. I’m listening to a lot of The Cure at the moment, too. My music taste changes within a minute. I’ll go from Frank Sinatra to Slipknot, like that.

You mention being into so many genres. Nowadays, it doesn’t feel like being tied to one genre is beneficial for musicians anymore.

Definitely. At the moment, it seems to be this whole sort of not limiting yourself to genres. If you look at Katy Perry and these pop stars — they don’t have one genre. They just write songs that sound like other big pop songs, and everything is resampled. It is essentially all the same synths, same hooks, melodies and lyrics. That’s what newer pop music is — re-churning the same ideas over and over again.

Are you going to save us from that?

I don’t know (laughs). The thing is, on my album, I didn’t want to use presets and the synths that were readily available. I wanted to make my own. A lot of them are really shitty ones that people wouldn’t use. I went and recorded with Brett Rose (of I am the Avalanche). He knows so many British bands and British music. We gelled really well because he knows about the bands I listened to when I was a kid, and it worked so well.

I would just sing the melody, then we’d put a load of distortion on it and mess it up. The same with the synths and the drums. That was the idea. I didn’t want synths that sounded like ones that were in other songs. I wanted this organic side to it. For me, they sound unique. That’s always what I wanted to have.