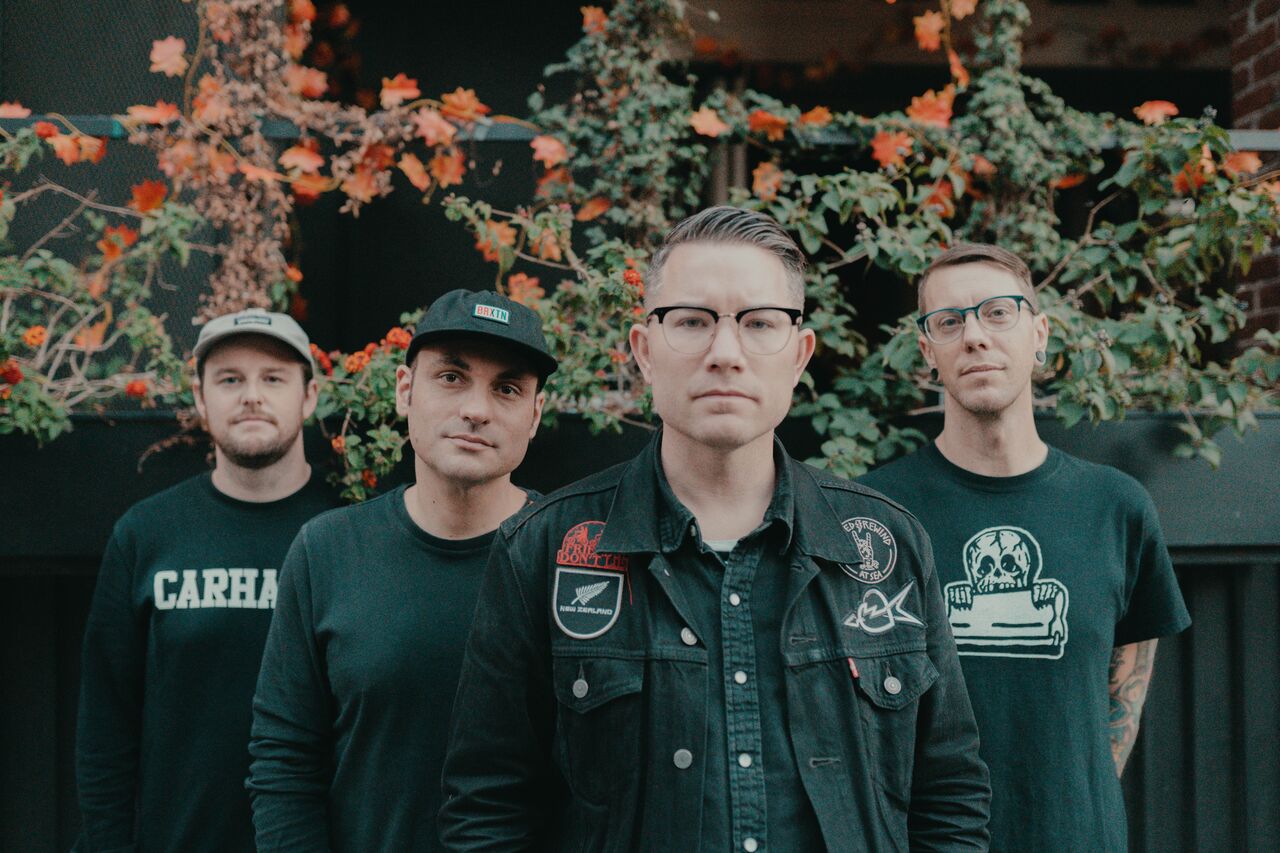 Just ahead of their Fall tour, Hawthorne Heights has released a video for their song “Pills.” The song is the final track from the Ohio band’s seventh album, and first for Pure Noise Records, 2018’s Bad Frequencies.

Directed by John Fleischmann, the video matches the track’s somber tone and points to the ever-evolving discussion of the opioid crisis. Shot as a cautionary tale, the video shows people using pills to cope with fears, then illustrates the problems that occur as a result of the continuing cycle. In an interview, Hawthorne Heights singer/guitarist JT Woodruff discussed the video, how emo music has changed since the band made its debut in 2004, and what’s next for the band.

Hard Noise: What was it like shooting this video?

JT Woodruff: It was a joint effort with the band coming up with the story, shot sequence and location, while the director/cinematographer made our vision come to life. We worked with a wonderful guy named John Fleischmann, whom we got along with on set. We shot it over a 12-hour period in a warehouse in Troy, Ohio. Everything came together quite well.

Does the song and video have to do with the opioid epidemic? If so, how?

Yeah, the song definitely has somber undertones, trying to tackle some real life issues in our area of Ohio. The pill scene is really rough around here. We all take it pretty seriously and want to try to bring it to a broader discussion.

The characters in the video are taking pills, seemingly to get away from troubles, but the pills only make it worse. What was the reasoning for putting that on display?

A lot of people crave an escape from reality. Sometimes, life gets a little difficult, and we want to get away from it all. Sometimes, it gets so tough that we need outside resources to drop off the world for awhile.

When taking substances, people have to realize that the fun doesn’t last forever, and it can have major consequences. Nobody wants to become an addict, but that is reality — the more you do something, the more you get used to it. We wanted to paint a picture that most of the time, the pills just make things worse.

Why did the band decide to release this song now?

We thought it was a nice wild card for the record, and thought it had a nice, Autumn feel. Summer is over, yet Winter is upon us. The song carries that feeling of dread that I feel around this time. Summer is all good vibes to me, and Fall reminds me of death and dying. It was the perfect time to release this.

How has emo music changed since the band first hit the scene?

Well, it exploded, then imploded, then stabilized. During that time, we’ve just been coasting on the pontoon around the lake, cruising in style and comfort. We never quite boarded the yacht, and the ship itself didn’t sink. Our version of emo is alive and well as long we keep the anchor in the right place.

What’s next for the band?

We’re really excited about the upcoming tour with New Found Glory. It makes us really inspired and energized to write new songs. That’s our focus before the tour in November. Then, there’s a European tour with Silverstein. Then, we’ll make a record and have a really fun Summer tour. We are all smiles.