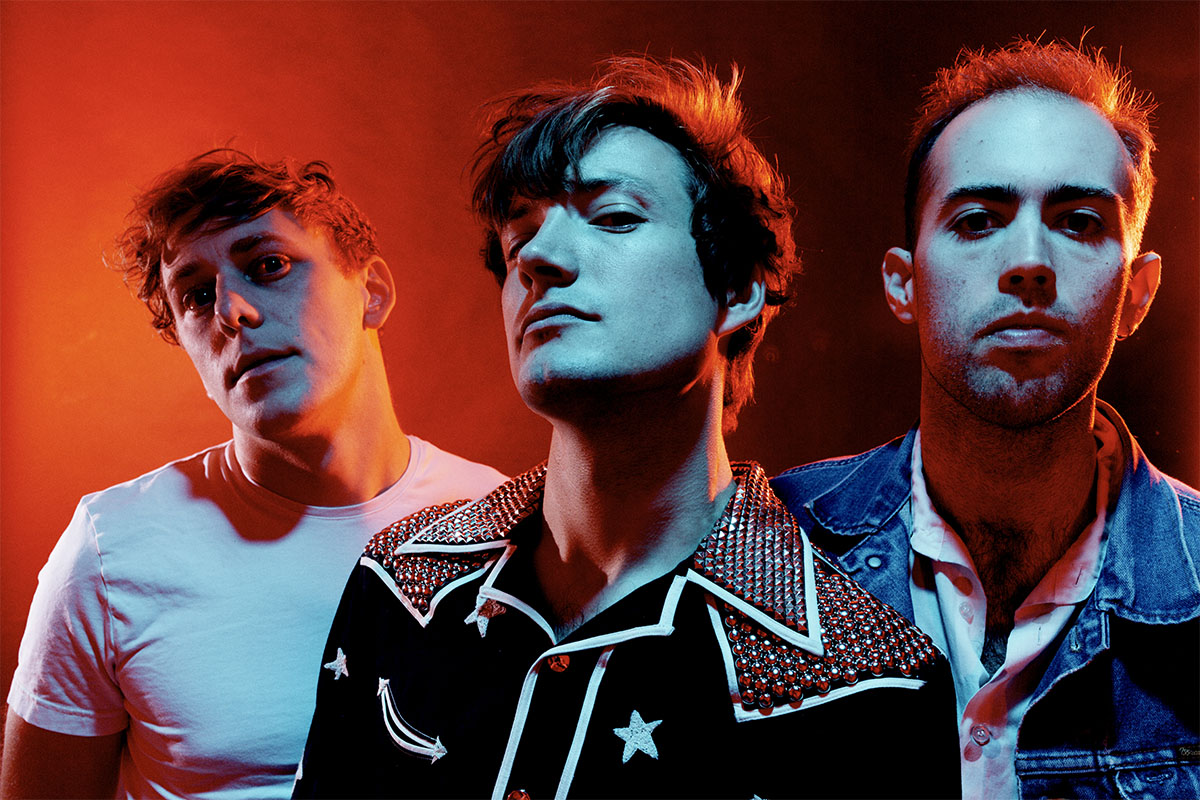 The Dirty Nil was formed in 2006 by high school friends in Dundas, Ontario. Since then, they’ve toured supporting The Who, Billy Talent, Against Me!, and FLAG, won the Juno Award for Breakthrough Group of the year, and released one of the most popular rock records of 2018, Master Volume. Hard Noise caught up with the Nil during the 77 Festival in Montreal and talked about what the band reads, trolling their audience, and of course, all things rock and roll.

HARD NOISE: It’s been about eight months since you guys released Master Volume. What’s changed for you since then?

LUKE BENTHAM: Our guarantees. (Laughs) It’s the first time that we’ve been able to basically go most places in North America and have some contingent of people that know every word off the record, and have gone and listened to our back catalogue, which is fantastic. We’ve worked the states real hard now for about 5 years, so we were certainly able to assemble pockets of fandom. But this record has allowed us to connect the dots and strengthen our strongholds.

It’s kind of hard noticing changes while they happen, but once you are able to reflect on them after and look at what you’re previously used to], that’s when the changes appear more stark. We get a doper rider, too.

ROSS MILLER: I acquired a nice tan since we recorded the record.

HARD NOISE: I absolutely love the Tone Tips videos you guys do. What inspired them and where do they come from?

LB: Truly just boredom, to be honest with you. We had just finished recording Master Volume and we were still really geared up and focused and had pretty much nothing to do, other than sorting packaging and rollout for the record. We had a lot of idle time. We’re big fans of satire, Tim and Eric and that kind of stuff. It just kind of became a way of expressing that and having fun. Certainly inspired by The Hard Times.

And I really liked the restrictions of the medium. It can’t be longer than 59 seconds, and it’s one take, one camera, always. No editing, no nothing. Just like rock and roll, the limitations are the things that make it exciting.

HN: I read that Luke, you like a lot of country and Sinatra, and Kyle, you’re a big hip-hop fan. How does moving beyond the limitations of rock help you as a musician?

KYLE FISHER: I think it leaves you open to the ways songs are arranged. For me on drums, most of hip-hop is the beat⎯⎯that’s where I pull a lot of feelings from. I think you can inject some of that laid back, bouncy rhythm. It can show up in small ways; probably  [in songs] “Pain of Infinity,” “Always High,” you could loop that beat and put it behind something.

HN: You’ve said that you really like trolling punks and you have a lot of tongue-in-cheek stagemanship. What’s your favorite way to mess with people?

RM: Not pointing fingers, but if you go to a punk festival, everyone looks similar. There’s almost a punk outfit. My general rule is to not do that. Just do my own thing. I love punk music, I love hardcore music, but I’m also very comfortable saying I love Sugar Ray. And I love dressing up like Santa or something. Punk is essentially doing everything you want. I love when people say, “Why are you doing that?” It means we’re doing our job right.

LB: The fun of rock and roll  for us is there has to be a humorous element to it. One of the least endearing things about rock music is when it takes itself too seriously. And we try and inject that into every stage of our presentation as possible that fits. We enjoy that element of it and think it’s important.

RM: Hopefully by us just being ourselves and creating an environment where anything goes, people are comfortable showing up to the show and being themselves. That’s the message beyond the trolling. People can show up in their pajamas, or if they want us to sign their Backstreet Boys record, just do your thing.

HN: You have a very distinctive aesthetic with a lot of stars, skulls, and bold colors. Where does that come from, and what are you trying to evoke with that look?

LB: I think it changes from time to time. Because we pull from stadium rock and ’70s/’80s cheesy bullshit we love equally as much as Cro-Mags and Minor Threat. We like to mish-mash that together with Elton John. I think that having fun and having a bold, slick presentation is important, but we just go with whatever visually rips and whatever is a good accompaniment to what we are trying to musically present.

HN: You’ve just released a bunch of covers. Why did you choose the songs you covered and what has the Nil added to them?

LB: I think that we have delivered them at the volume they’re meant to be delivered at. We play a lot of covers in general, because it’s a way of shifting gears mentally when we’re working on new music, which is always. We like to trim the fat off the songs we love. That’s a byproduct of us making music.

People enjoy them, and it’s a good interim piece of content between records. We love rock and roll, and have since we discovered it as kids. We have a lot of fun playing songs we grew up listening to and challenging ourselves within the constraints of guitar, bass, drums, and two vocals. It’s a fun challenge and it’s an element of our creative process, and we love to play the songs that made us want to play.

KF: We like to add ingredients into our smoothie all the time, so you can have the best smoothie you’ve ever had.

HN: What goes in a Dirty Nil smoothie?

KF: Rock and roll, bright colors, loud volume. I don’t know what that translates to in fruits or vegetables.

RM: It ends up tasting like Neapolitan ice cream.

HN: What non-musical art are you vibing with right now?

KF: Rewatched American History X the other day, still holds up. It’s alway movies for me. Visual things are always fun for me and make me think of points for what we do in music videos. My favorite movie of the last few years is Good Time, best movie of 2017 for sure. I just read Aldous Huxley’s Brave New World Revisited, which was a fun read. It’s his essays. It’s weird that a book written in 1957 can still apply.

LB: I’m super into history and I’m dragging myself through War and Peace right now. We all love movies and TV shows, certainly in love with Instagram and following visual artists on that, as well as cute animals. Always into reading new stuff, between the cheesiest rock bios and the heaviest romantic period Russian literature. We’re really into this Canadian author Farley Mowat. I just read his book Never Cry Wolf, it’s fantastic.

RM: My good friend Justice makes music videos under imakemusicvideos and he is constantly making cool footage that is very musical and inspires me to be creative. Other than that, I just stare at a blank wall until I’m summoned.

LB: I try and break it up between a two or three hundred page book and one 1,200-1,500 page tome, and just making that a goal on tour because we have so much time in the van. I’ve gone through tours where I do nothing but sit on my phone, so I try and just have the discipline to read. And when we’re home we all exercise; it’s kind of essential for a touring musician. Touring is very demanding, mentally and physically, so we spend time off the road gearing up for the next thing. It definitely puts you in a better mindframe to deliver the goods.

HN: What would you say to someone who says rock is dead?

RM: The Rock is alive. Duane Johnson is in the Hobbes and Shaw movie.

KF: You’re not listening closely enough. Radio stations play the same old shit so no one thinks much has changed, when so much has changed under the surface of what you see and hear.

LB: Rock is dead if you’re living under a rock.