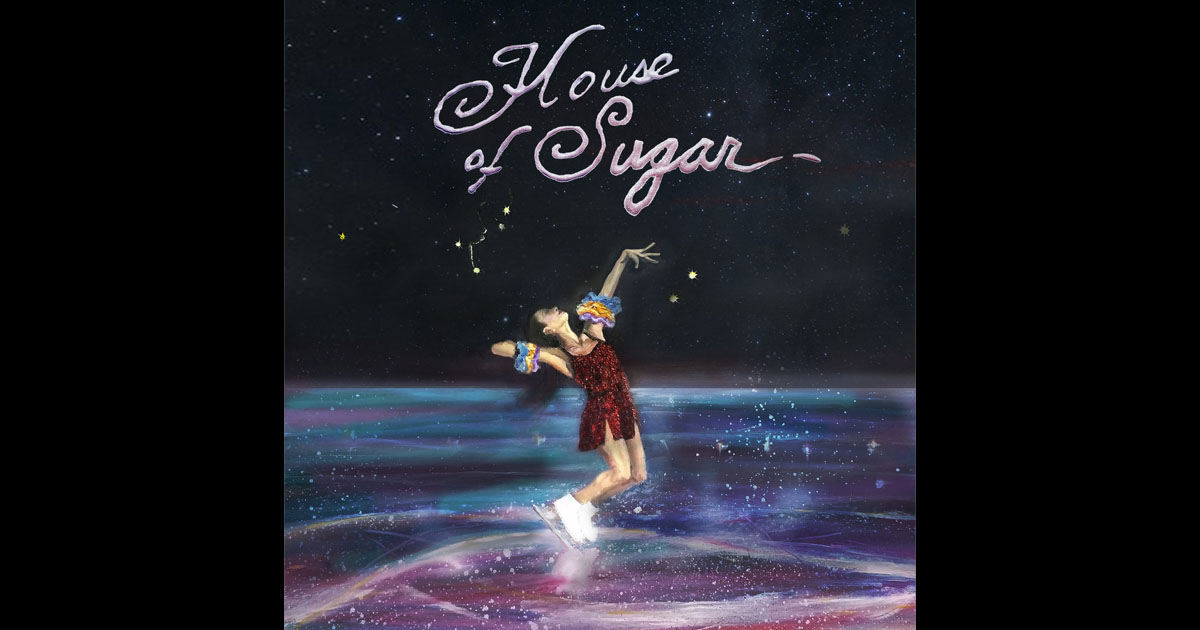 The moment Alex G affixed the parenthetical (Sandy) to his name in 2017 is quickly becoming comparable to the Mountain Goats’ 2002 signing to 4AD and John Darnielle realizing his songs deserved better than boombox-demo fidelity. Alex Giannascoli is a key figure in Philly’s now quite-exploded DIY scene, and his fervent cult’s devotion resembles that of Sebadoh’s in the ’90s.

This should sound familiar: A fiercely beloved singer-songwriter who mumbles about strange power dynamics over pretty chord progressions and collage-like production. Except the artist now known as (Sandy) Alex G sometimes warps his voice or pulls in out-of-tune pianos or country fiddles. And his second album under this name, House of Sugar, and eighth overall, is easily his best, playing like a funhouse mirror version of everything that led up to it.

A typical pigeonhole-resistant mumbler, Giannascoli’s gentle-voiced and -paced tunes hide darkness in plain sight the way children in horror movies innocuously draw stick figure premonitions of future murders in crayon. Sounding like Ween producing Elliott Smith on his early releases, Giannascoli signed to Domino and got his first outside production in 2015, but the material resisted sounding like it. The resulting Beach Music was kind of a last-ditch, kicking and screaming attempt to reject the exposure that followed. If you squint, you can hear it in the manipulated vocal murk of “Station”: “I’ve got money and I’ve got fame / The only thing I need is someone to blame.” Like the Mountain Goats’ transitional All Hail West Texas, the album marked a kind of bon voyage that would’ve neatly bisected his career even without the slight name change.

Then 2017’s Rocket shifted fidelity, arrangements, and yes, tempos. Parts of it sounded like Ben Kweller. And the best song of his life, “Powerful Man” went out in a jarring fiddle barnstorm. Still, the fancy adornments and poppier genre costumes sounded like adornments. House of Sugar is where Giannascoli’s songwriting finally blends seamlessly with his courageous soundscaping. This is the first time he’s not just interested in adorning his homespun tunes with otherworldly décor, but inhabiting said otherworld. The opening, Animal Collective-esque “Walk Away” is certainly not of this earth, its vertiginous drum loops fitted with vocals warped into unintelligible, timestretched taffy. Bookending the album is a live, sax-filled E Street ballad named “SugarHouse,” after a Philly casino and possibly some allegorical folklore. In between, it’s a twisty ride.

Giannascoli still tends dark and quizzical, but a song like “Bad Man” is far less ominous when the singer adopts a fake yokel accent, bright synth blurps, and julienned handclaps. The wrongful execution parable “Crime” (“it was me the whole time”) is given a cocktail piano and ballpark organ treatment worthy of Boz Scaggs. The unusual chords and upright bass of “Gretel,” the first single, only grow dizzier as the song progresses like a psychedelic hayride, hinting at a defiant escape.

(Sandy) Alex G is too reticent to explain his subject matter, but at this point his mumble is augmented by so many tricky noises and atmospherics that verbal meaning is somewhat beside the point. After all, what’s there to make of the loveliest melody here resolving into a declaration like “I’ve never loved nobody the way that I love you / You big old cow?”

That’s a good summation of House of Sugar’s modus operandi, pairing beauty with bizarreness at every turn. A gorgeous unspooling like “Taking” may be one of the singer-songwriter’s most engaging and melodic moments to date, but it never takes on a pop shape. Plenty of indie singer-songwriters are frustrating dawdlers for this very reason. Giannascoli is finally punching at a level where your attention never wanders.

Where he used to dump out his recent home recordings and compile the best tracks into an album, House of Sugar sounds vibrantly deliberate, composed to be a unit. “Project 2” slams together disembodied drones like the best Oneohtrix Point Never, while “In My Arms” actually delivers something of what its title promises: a power ballad, albeit one where Giannascoli slyly intones, “good music makes me want to do bad things.”

No individual track here is as satisfying as Rocket’s “Powerful Man,” but then again, House of Sugar is a true song cycle that resists singling out. Except for maybe “Cow,” of course. On one of (Sandy) Alex G’s catchiest early songs, his weeping falsetto repeatedly opined, “I don’t like how things change.” That changed, too.