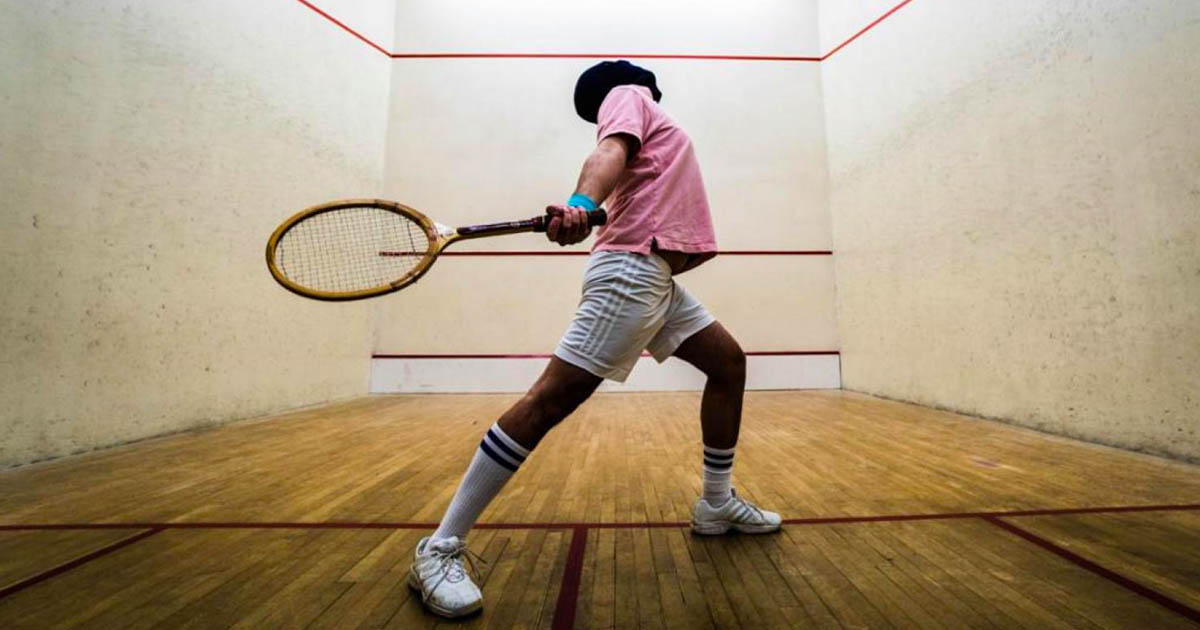 While punk and hardcore musicians have never been afraid to utilize a gimmick or two, a trend of pairing pop culture icons with heavier music has taken hold in recent years. The formula has worked for bands like Mac Sabbath, Okilly Dokilly, and Metallagher, all of whom have parlayed the trick into some amount of notoriety.

On the surface, The Eradicator would seem to come from the same mold: a catchy but snarling pop punk band, fronted by a beloved character from the cult TV show The Kids in the Hall. However, two key differences exist between The Eradicator and the bands mentioned above. First, the character is not really a household name, so the band cannot utilize familiarity to grow their audience.

Second, there are only about three minutes of original source material to work with. The Eradicator only appeared in one Kids in the Hall sketch, but the band has managed to release four different albums over the course of three years. To this end, the band feels like an inside joke gone way too far, a reference that has completely separated itself from the original source material. Stepping into this world from the outside, audiences can only do their best to catch up and enjoy the absurdity that is The Eradicator.

With that, Hard Noise is thrilled to share The Eradicator’s new video for “You Know Too Much About Me Already,” from their latest full-length, Peak Eradicator.

To try to understand what the hell is going on with this band (and why it exists in the first place), Hard Noise sat down with Andy Slania, the vocalist/songwriter/sometimes guitarist/sometimes only member of the band,  to talk about where the character has gone, why he started an Eradicator-themed side project (yeah, there’s a second band), and where the band’s new album takes the joke next.

HARD NOISE: So why start a band based on the Eradicator?

ANDY SLANIS: It was by accident. I was in this hardcore band in Chicago in the late 2000’s and, when we broke up, I wanted to do something less serious but I didn’t know what to do. I started off with just writing instrumentals and not having anything to sing about and for some reason the way that “the eradicator” comes out as a chorus stuck out. So I decided to interject that as the chorus and then build the rest of the song around that. And then I wrote another song. I didn’t know what to sing about, so I just kept going with it.

So, wait⸺ you started a band based on the Eradicator because the word “eradicator” fit into the chorus of a song you were trying to write?

Jesus Christ. [Laughs] So this eventually turns into the first EP, which has a narrative. How does the story arc become a thing?

I actually wrote those five songs before Galactic Cannibal, my next band after the hardcore band, was ever a thing. I thought it would be fun to do that one EP. I was recruiting people to do it and I reached out to Nick [Woods, of Direct Hit!] and said “Hey, would you be interested in being a part of this?” And he said “No, but I’m starting another band. Do you want to be in that?” and I said, “Sure.”

So I was sitting on this for about two or three years before I did the actual 10-inch EP. With Galactic Cannibal splitting up, I just wanted to do something again. I was still sitting on those songs so I thought, “I might as well do something with this.”

What from that original skit actually made it into that first 10-inch?

I tried to use words that were used in this sketch and then capture the essence of those words within a completed song. So “Pusshead,” for example, was about how Brent Armstrong screwed him over, right? So take that little 15 to 20 second chunk of that part of the scene, and make a song out of it. And then getting out via a cab, I thought that would end the EP nicely. It’s like, “Yeah, he got in a cab and he’s gone now.” So elements like that.

At what point do you start bringing in new elements and how do you decide where to build on that?

I just think of random song ideas and put them into an Evernote file. When it started, obviously, it was just based on that one sketch. But if I want to create new content based on it, I have to look at elements of the character and think, “If this person was real, what things happened in their life that led them to the point where they go on a squash court in a ski mask and yell at other people about how they’re the best at it?”

So I look at elements of that. Like, “OK, well, he’s so into squash because his grandfather invented it.” That’s where the grandfather of squash came about. And then he’s a lonely guy that sleeps on a squash court and wears a ski mask. He probably doesn’t have a lot of love interests. Now, his squash racket is his love interest. Whenever I have these random, little ideas that I think of, I’m just like, “I gotta get that in a note right now.”

Recently, it’s gotten to the point where there’s elements of this character that I could apply to my own life. So now I’m forming songs based on that. For example, doing a band for four years where you are in a ski mask and you scream at people about squash, my co-workers will never get that. So I tried to shield that from the world, much like the character shields himself from his world by wearing a ski mask and not revealing his identity. So that’s the narrative of the song, “You know too much about me already,” which is a line that’s used in the sketch.

Let’s talk about the Grandfather of Squash.

You’ve now started a second band based off of this idea called The Grandfather of Squash. Why?

So there was this band, Dollar Signs, that I was playing shows with, and they wanted to play Chicago. But I was playing Chicago the week after they were gonna play, so I’m like, “Shit. I want to play the show, but I can’t because I’m playing next week.” So I’m like, “What if I do something where I do a different band, and what if I do something where I dress up like the grandfather of the Eradicator and sing songs about how proud I am of my grandson, where it’s obvious that it’s just me, dressing up like my proverbial grandfather and singing these songs?” [Laughs] So I just decided to do that.

And that character is now forming its own personality. He invented squash, but yet he’s so proud of his grandson. His grandson has done something great: he’s on the D squash ladder. There’s the A ladder, the B ladder, the C ladder, but he got the D ladder. That’s special because not every squash court has a D ladder. [Laughs] Sometimes it starts at C, sometimes it starts at B. To be on the D ladder? That’s hard.

But doesn’t that mean that he is worse at⸺

Absolutely! [Laughs] But, you know, the grandfather is also kind of an idiot, too. This family is just stupid.

So, wait, I’m confused. When you’re playing the grandfather of squash, you’re embodying the actual grandfather? Like that’s that character?

No, I’m embodying the Eradicator, as him trying to impersonate his grandfather.

Huh. Let’s talk about The Christmas album. It has a bunch of covers, which creates a crossover between the Eradicator Universe and the real world. How do you envision that crossover and how does that play out?

The Christmas song idea came about because⸺actually, I was looking at my cat. My cat is super fat and he wakes me up every morning at six because he wants food. So I started thinking “OK, that would a funny situation where the Eradicator goes to the squash court and wants his proverbial food and he can’t get it because of a fucking holiday that everyone decided to take off.” And if my cat didn’t get fed, he would be the most vile asshole in the entire world.

I pictured that the Eradicator would act the same way if he couldn’t go to a squash court on Christmas. And I wanted to do the covers because I think it’d be funny if I did the covers from this point of view where the Eradicator is still an idiot and just believes that his grandfather, in addition to playing squash, was a prolific songwriter and actually wrote all these songs and then these bands stole his ideas and made their own versions. So it’s like the Eradicator restoring those songs to their original glory.

There’s a song about trying to mask his identity from the world and how he doesn’t feel like he fits in with the world because all these other people don’t dress like him or act like him, but he’s assertive in who he wants to be. I’m trying to go with that humanist element, but paired with a completely absurd element.

Like the song that Adam [Goran, of Atom and his Package] did is about how he’s bringing squash to the Olympics. And for some reason the phrase 2022 made its way into it because 2024 didn’t make sense to me. And 2022 is the Winter Olympics, so he’s going to the Winter Olympics. He’s bringing squash to the fucking winter Olympics. That’s how good he is. [Laughs] I also thought it would be funny to do a concept where the Eradicator got tennis elbow and him getting the news was just devastating and he went through the seven stages of grief in a 30 second span. So that’s where this record goes: humanist, absurd, and trying to intertwine the two things.

“Peak Eradicator” is out now on Say 10 Records. The Eradicator will also be on tour from October 24th to November 2nd.