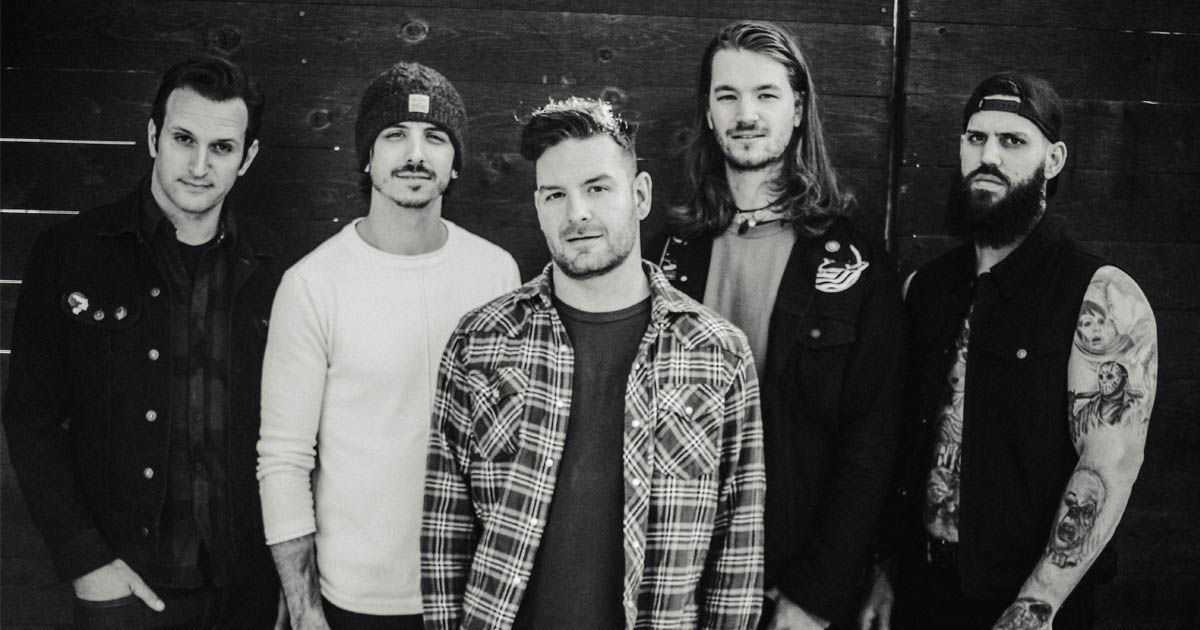 After Getting a Second Chance, Buddy Nielsen of Senses Fail Isn’t Wasting Time or Words

On the heels of a critically acclaimed new album and the 15-year anniversary of a breakout release, Buddy Nielsen of Senses Fail has finally learned to be happy in the moment

After a hometown show in New Jersey and performances at Riot Fest in Chicago, James “Buddy” Nielsen thinks the most recent Senses Fail tour should probably be over.

“We could have ended this run at Riot Fest, and that would have been a highlight for like any tour,” he says, half-joking. “But us? We keep on rolling.”

At 35 years old, Nielsen is full of energy, opinionated, and unwilling to slow down. The lead songwriter behind the emo band has had an attitude shift. Chief among the reasons is the birth of his daughter, Penelope. After she was born, Nielsen knew he had to figure how to make music in a healthy way that was best for him while tapping into topics he wanted to discuss. The revelation came about three years ago, after Senses Fail had released the heavier full-length Pull the Thorns from Your Heart. At that time, Nielsen was depressed and feeling down. Worse, in his mind, he felt old.

“The band had put out these records that everyone hated, and I thought they were good,” Nielsen says. “The ‘emo night’ party stuff started happening, and that was depressing. This era of music has moved on, and it’s now this retro thing. Here I am, trying to do new music. Who am I kidding trying to put out a record that sounds like Converge and Russian Circles? Nobody cares.

“I ended up having a kid, and I had to figure it out,” he continues. “Music is what I do, but I had to do it in a way where I was not sacrificing part of my soul, and in a way where people were interested in it as I was delivering it. I figured it out, and I don’t feel like I’m giving up on the only thing I know how to do. I’m 35, almost 36. I can’t do anything else. I don’t think I’m ever not going to do Senses Fail at this point. That would be pretty dumb.”

Fans have welcomed Nielsen’s new optimism and energy, as the band’s past has been rocky, to say the least. In the 15 years since the band’s breakthrough full-length Let It Enfold You was released, Nielsen has dealt with band members coming and going as well as his own problems with addiction and anxiety.

Now sober and vital, Nielsen wrote the entirety of Senses Fail’s last full-length album, If There Is Light, It Will Find You. The band also went into the studio and “re-imagined” its debut EP, From the Depths of Dreams. The EP was released in early September. In the re-recording, Nielsen did away with the older misogynistic lyrics and threats while paying respect to the original sound.

“We didn’t try to change too much,” he says of the latest EP release. “We didn’t want to just redo it, because I can’t scream ‘I wanna kill you’ and mean it. I’m not really connected to the person I was when I was 17 years old. It would be pretty bad if it was like, ‘Oh man, these songs still resonate with me in a large way.’ That’d be insane.

“I’m going to be honest with what I’m doing now. When you take these songs out of the bad recordings and put them into an updated version, these songs are pretty cool. I can see why people like these songs. On the other hand, I was like, ‘Oh my god, what were we thinking?’”

Nielsen isn’t one to mince words about his band, music and experiences. He doesn’t want to waste this second chance he feels he has been given. He wants to write about relevant topics, too, like the debt crises, getting older, and dealing with mortality. Such themes aren’t heard in newer material from the bands he loved.

“I feel like so many bands didn’t age well because they don’t have the same amount of interest in doing it,” he says. “When I listen to the new Death Cab for Cutie, I’m like, ‘Why isn’t he talking about what it’s like to get older? Why are these songs fluffier?’ No one seems to be addressing what it’s like to be looking in the mirror halfway through your life and say, ‘I’m halfway dead.’”

In his own rambling, roundabout way, Nielsen gets to the core of what he wants Senses Fail music — and other bands — to discuss. To put it shortly, he saw the theme on a tattoo of a tombstone that said, “Well that was weird.”

“I thought that tattoo was fucking awesome,” Nielsen says. “There is so much to dissect about the human condition that is unanswerable. The older you get, it gets harder. As you age, there isn’t much space for angst, and you spend more attention on this real fact that we only have the moment and the ways in which we react to it. That’s what artists do — talk about the struggle and reflect on the human condition. We live, we have these experiences, and we fucking die. And we’re supposed to somehow process that without not being a drug addict or a psychopath.

“I don’t know if everyone wants to look at the world like that. That’s probably why we’ve never really been the biggest band. Maybe people don’t want to examine that aspect of their lives, but that’s what Senses Fail is about.”

Reflecting on life and death has always been a part of the band and the scene from which it sprang — that bubble of emo-rock bands that took over the airwaves after 9/11. Like My Chemical Romance and Thursday, Senses Fail is a New Jersey emo band. Nielsen thinks the music, at first, was a way of reacting to that disastrous event in 2001.

“We had not faced a reality like that. The world we lived in was one where you could die at any moment at 18 years old,” he says. “That’s a loss of innocence on an entirely new level that usually happens over a period of time for adults. A lot of (emo music) was a reflection of a youth culture trying to understand a new reality.”

Emo became even more popular in that climate, until Barack Obama was elected in 2008. Nielsen acknowledges that the bands and music were always a joke to some people, and the proliferation of emo bands that dominated the charts in the early ’00s seemingly disappeared overnight. Once Obama was elected President, “party bands” returned, the singer says.

“When Obama won, it was like, ‘Fuck it, we can go back to meaningless party music. We can live in a post-racial society. We’re good. Everything’s going to be good. Party music. Cocaine music, woo,’” Nielsen says. “Bands like Senses Fail and Thursday? We were too serious.”

In the time since Obama’s presidency ended, fans faced with the new administration have come back to Senses Fail. Not just out of anger or wanting to blow off steam at a concert, but because the band “is still doing stuff that’s relevant and speaks to them,” Nielsen says. Outside of his band, the singer isn’t sure what the next musical movement is.

“That era of music that Senses Fail came from was a reflection of the times. People were fucking sad, upset and scared, and they didn’t know what to do,” he says. “Now? It’s a different thing. In the moment, it’s hard to tell, but I feel like there’s a super apathetic vibe. People are like, ‘Wow, it’s so bad. I have no control. All I can do is fucking vape ‘till I die.’”

For now, Nielsen isn’t paying attention to the apathetic. Rather, he’s focused on making music. After this year’s tour, he’ll begin work on a new record. In 2022, Senses Fail will celebrate its 20-year anniversary.

The thought of such a milestone makes Nielsen pause. So far, the Senses Fail ride has been full of ups and downs. He doesn’t concern himself with how he would do things differently, but if given the chance, he would tell his younger self to slow down and enjoy the ride, just a tad.

“I wish I had further enjoyed that time when the band was breaking out,” he says. “I wish I’d had some perspective, that I’d realized the opportunity we had. I was doing the whole, ‘We should be bigger like so-and-so.’ Meanwhile, we were playing in front of 20,000 people in an arena. It was a destructive way to look at the opportunities we had at the time. I’m thankful we get to do it all again and still have a similar level of success.

“Playing music — it’s not a tangible thing. You can’t control the environment. I think Neil Young said, ‘Sometimes, you’re playing clubs. Sometimes, it’s bars. Sometimes, it’s arenas. You keep playing music. You just keep going.’ That always resonated with me. If you enjoy playing music, people will always want to come see you play music. If you’re not having a good time, people won’t want to see you do that. I’m here, right now, doing this. It’s hard to balance it all, to grow and progress, but I’m happy in this moment, too.”