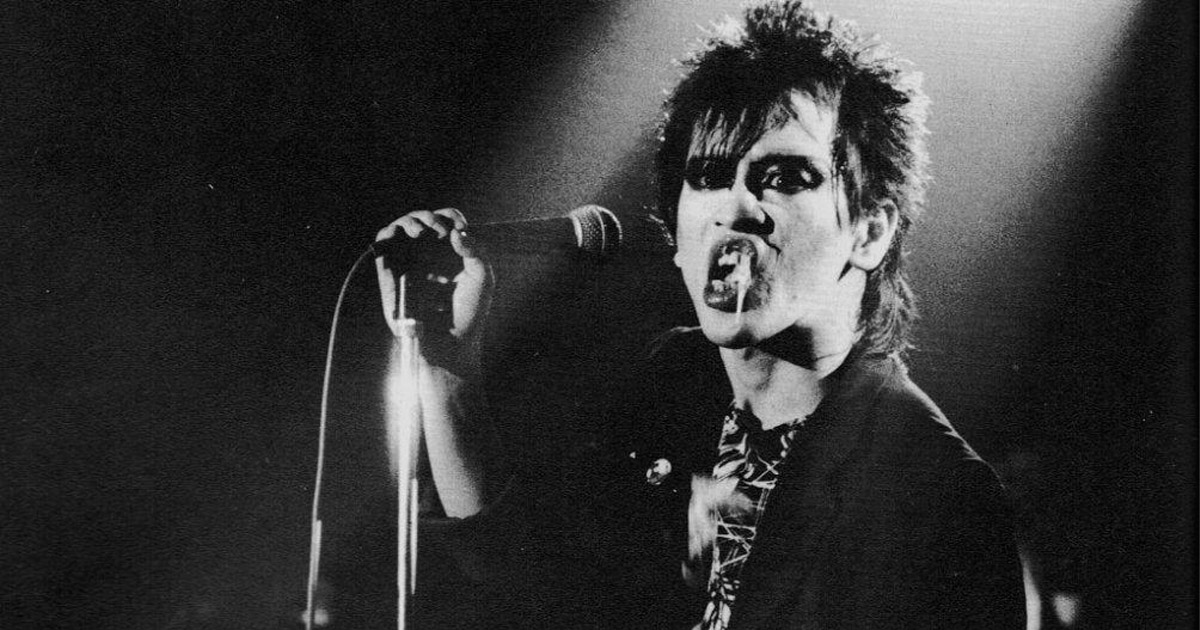 You Are a Communist at Any Time: Remembering Iconoclast Michiro Endo

“…We weren’t revolutionary. We were just perverts with a captive audience!”

This self-effacing quote came from Michiro Endo in regard to the Stalin, the early ‘80s Japanese punk rock group he fronted. The Stalin’s music snaps with an abrasive crackle that buttresses a deft pop sensibility. In concert, Michiro coughed up his wry lyrics over the invigorating din while undulating like a rabid animal. He would spit, he would vomit, he would throw firecrackers and butchered hog parts into the crowd.

Some have credited the Stalin with introducing Japan to the concept of “extreme,” and some find that notion preposterous — how “extreme” could they be when they released music on a major label? The original incarnation of the Stalin made six albums and appeared on tv and in film, but like so many other foreign music acts, they never made much of an impression Stateside.

Thus, it’s no surprise that the news of Michiro’s death from pancreatic cancer in April 2019 didn’t cloud our glowing screens in the West, instantly becoming a trending topic. The Stalin’s heyday was nearly 40 years ago in another country and they rarely sang in English. Wasn’t the Internet supposed to change all this, though? Allow for a new kind of melting pot that boils away cultural barriers so we can become a richer global community? Even if you watch out for news like this, it can easily be missed. I wrote a book about punk rock in other countries which covers the Stalin and I didn’t hear about Michiro’s death until months later.

What are the truths this reinforces? International news aggregates could be better. America needs to be more open to exploring art from other continents (admittedly, that’s been a problem for decades). An equally important truth: the Stalin’s music is captivating and cathartic in any language, and their story is fascinating.

Originally from the small town of Nihonmatsu, Michiro Endo first encountered punk rock in the coffee shop across the street from his Tokyo apartment. He fell in love with requisites like the Sex Pistols, Patti Smith, and Devo. “I went to see Devo’s first concert in Japan,” he told Real Sounds in 2017. “I was shocked to see [them], and I started to do something like Devo by taking an electrical cord and winding it around [my body] with vinyl tape…”

The Stalin formed between Michiro and a few friends in 1980. Their name was chosen as an exercise in black humor, not so much for political statement or even parody. 1981’s Stalinism EP marked the group’s debut and was quickly followed by an absorbing full length, Trash. The brazen, relentless Stop Jap arrived in 1982; it’s considered by most to be their finest work. “Romantist” sets the tone by leading off like a chair to the head. “Anyone is good if you link hands,” Michiro charges. “You are a Communist at any time…so romantic I could throw up!”

Michiro was never convinced to fall in line with common genre ideologies, such as the idea that all corporate record labels are evil (Stop Jap and its follow up, 1983’s Mushi, were released via Climax, an imprint of the Tokuma conglomerate). He also didn’t view his creative endeavors as all that radical. In the Real Sound interview referenced earlier, Michiro reaffirmed: “I don’t think I’m a punk.” Questioned about his antithetical nature, he became philosophical.

“Isn’t it strange to think of antithesis because it’s punk?”

The Stalin threw in the towel on December 29th, 1984. The date is remembered because Michiro proclaimed it that evening while performing with the band. He would later cite the classical rock n’ roll mess (creative differences, punk’s limiting milieu, etc). Michiro’s outfit would eventually be reborn, first as the Video Stalin in 1987 and again two years later as Stalin (no “the”). During the latter period, the group toured the Eastern Bloc right as Communism was disintegrating. Michiro was very amused by the irony of crowds in Stalin-based nations chanting the dictator’s name at his gigs.

Michiro was making a documentary about his 60th birthday tour in 2011 when an earthquake touched off the nuclear disaster in his native prefecture of Fukushima. The singer ventured with camera in tow to his birthplace, capturing the physical and emotional fallout. The intimate results reached movie theaters in 2016 as part of the larger portrait Mother, I’ve Pretty Much Forgotten Your Face. It’s almost hard to believe the bespectacled figure seen speaking in measured tones during the interview segments is the same hellion who screamed his way to punk rock infamy.

According to friends, however, Michiro was always reserved offstage. Kyoji Yamamoto, front person for ‘70s rockers Bow Wow, echoed contemporaries when he described the late Stalin mad man in a tweet as “a very gentle person.” Remarking specifically on Michiro’s passing in the same posting, Kuoji lamented, “The death of the crying poet is very disappointing.”

Michiro Endo lost his battle with cancer on April 25th, 2019, though the news wasn’t made public until May 1st. Unfortunately, his death may have been overshadowed even in Japan’s news cycle at that time — Chewbacca actor Peter Mayhew died on April 30th.

Asked by Music & People in 2011 if he felt burdened by the legacy of the Stalin, Michiro said, “Oh…not at all. I’m totally affirmed by what I’ve done.” And in turn, his fans were affirmed by what he accomplished through his talent, energy, and sheer resolve.

So romantic I could throw up.