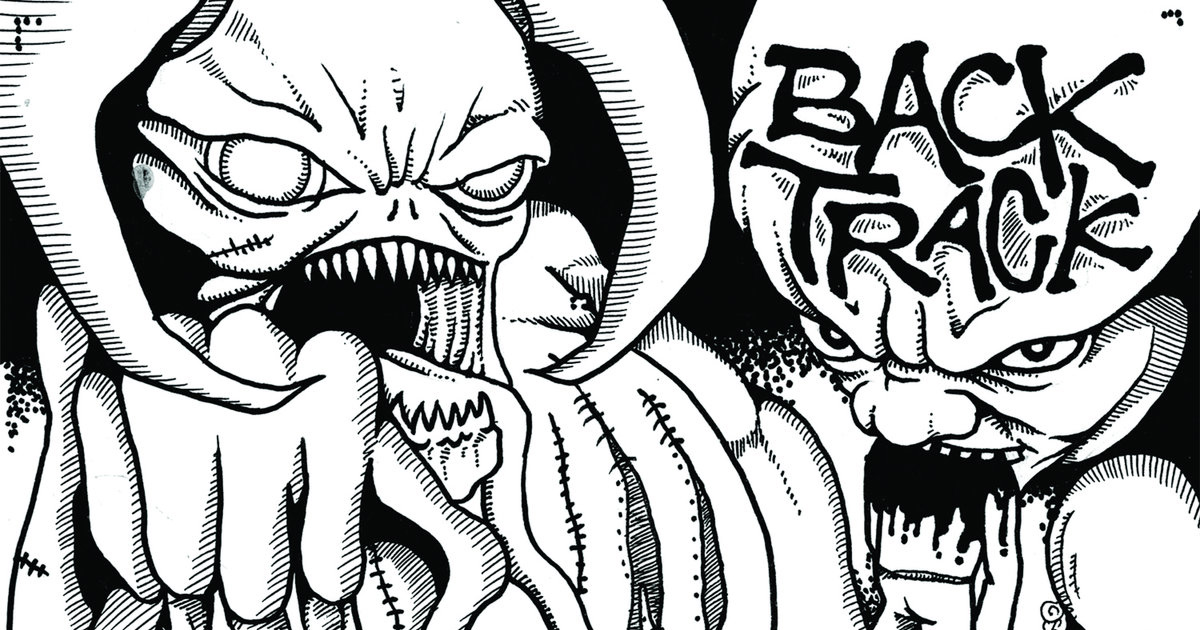 James Vitalo on the Beginning and the End of Backtrack

Established in 2008, Long Island hardcore staples Backtrack have travelled the world, playing nearly every stage available to a band of their ilk. Considering the band’s stature within the scene and their long line of accolades, it seems curious that they’d hang up their instruments after concluding dates around the world and a final pair of mega-gigs in late November 2019 in their hometown ⸺until you hear their reasoning. We cornered Backtrack frontman James Vitalo to discuss the end of the band, where they came from, key moments for him, and the current state of hardcore. The results of Vitalo’s discussion with Hard Noise are below.

Hard Noise: Why stop? Why now?

James Vitalo: I feel like we’re leaving the band in a great place. We wrote the record I’m most proud of and I don’t see myself having the emotional ability to write another record. We’ve done everything we could dream of and then some, so to me it felt right to leave the band in a good place and end on a high note.

We just did a world tour and had great shows everywhere, so it feels good to end on this note. And to anyone who slept on it, you’re gonna pay for it cause we’re never playing again.

When you started the band, who were the original bands that you bonded over? Similar influences, etc.

Killing Time, Madball, Outburst, Breakdown. We wanted to be a younger band that sounded like classic NYHC. When we started I didn’t think any younger bands from the area were doing the style justice or playing enough.

What was the first WOW moment for you as a part of this band?

That’s hard to say. Very early on, it was Black and Blue dudes showing us love and inviting us to play with Cro-Mags, Madball, etc. That was crazy. Touring with Terror in Europe was up there too, we were all freaking out the whole time and we couldn’t believe it. We played a show with Trapped Under Ice, Down To Nothing, and Forfeit on Long Island in 2009. I think that was the first show where I thought, “Holy shit, this is crazy.”

Is there any other material floating out there that could appear somewhere else?

There’s a song we never released between the demo and the 7″ and thank god we never put it out. Michael from Hangman was leaking it with his friends when he was like 14 and we pulled the plug on it.

Do you feel like, in the current culture of lots of young bands and almost “disposable” music, it’s harder for a band to survive and thrive as long as you have?

Honestly, yeah. And every tour we did I thought, “Fuck. We’re getting away with murder.” People in hardcore turn on bands so quick, and most of the time, for no reason. We’re lucky as fuck to be able to do what we did for as long as we did. Can’t really say why but we’ve been able to survive for a long time.

What do you think is the most crucial younger/non-legacy band within the NYHC and LIHC scenes?

Hmmmm..I’d say Incendiary, but they’re a legacy band. Hangman is sick. They have the right idea and they hit the road hard. They’re our little brothers, literally and figuratively. I’m excited to see what they do in the future

As a band that is highly active within the hardcore scene, whether as Backtrack or individually through your personal/professional lives, who do you think are the next round of greats in hardcore?

That’s hard to say as well, ’cause in order to be a great, you need to go out there and get it. Most bands want to sit at home and play fests, which is fine, but that makes it hard to be a great. There’s a lot of bands that I LOVE right now, and that’s exciting to say because I feel like there was a window where I didn’t feel that way. The next great….that’s fuckin hard. All the bands I’m stoked on right now play 20-40 shows a year. Ok ok, I’m just gonna answer One Step Closer and Magnitude. I love those bands.

Are these Long Island dates truly the final Backtrack shows? Are you closing the door on future gigs?

Yes. You can put me on record saying this will be our final show.

What are your thoughts on reunion culture?

I don’t really fuck with it but I’m thankful I was able to see some of the bands that I grew up worshipping. and I think it’s really exciting for people to be able to see bands they’ve loved growing up or never had the chance to see. So actually, I do fuck with it.

Once the door is closed on Backtrack, what do you want to be remembered by? What moment or song or gig?

I want to be remembered as a band who worked their fucking ass off and left it all on stage. Whenever we play, we go 100%, whether it’s United Blood or a show for 40 kids in Birmingham. I always think about the process of going to a show and what it takes for the “fan” or “kid.” First you gotta work to get the money, then you gotta drive there and you’re out late, could be doing a million other things etc. Bands who look at a show turnout and phone it in cause the show isn’t big enough are straight up WHACK. If there’s 5 kids or 500 kids, the shows important and it’s a gift to be able to play a hardcore show. I’ll put my money where my mouth is and can say with confidence that if we were on stage, we gave it 100%. That’s how I want to be remembered