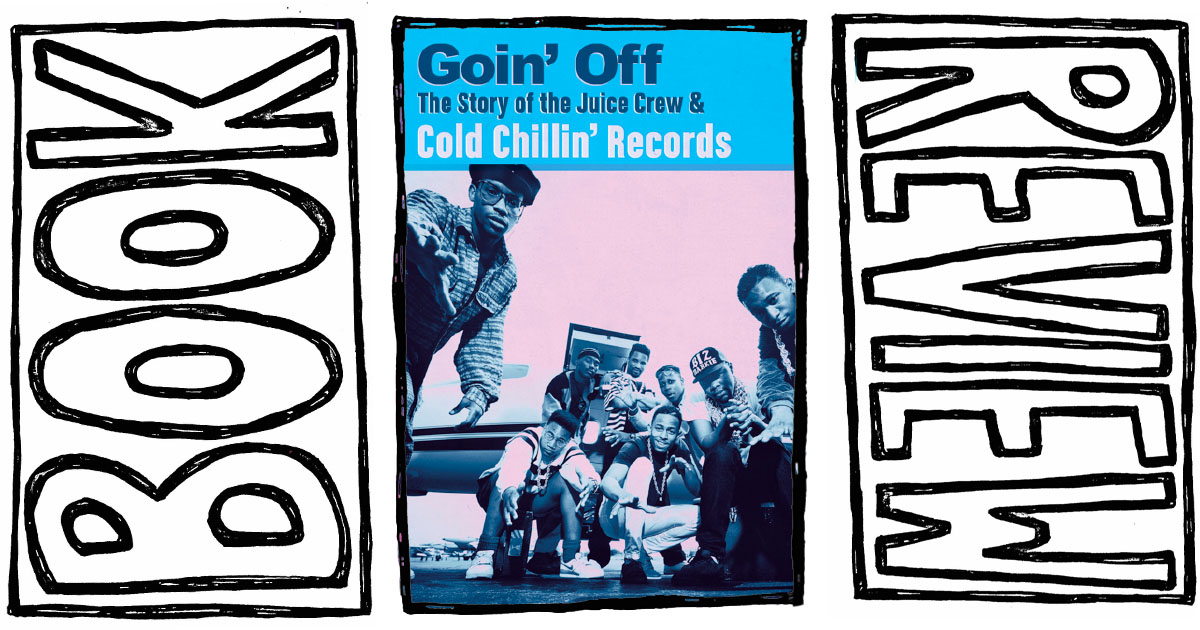 Book Review: A Guide to Respecting the Architects

Hold onto your Bad Brains records, because today we’re talking hip-hop history. Ben Merlis’ Goin’ Off: The Story of the ‪Juice Crew‬ & Cold Chillin’ Records tracks the history of (wait for it) Juice Crew and Chillin’ Records. Never heard of either? Merlis is here to change that, as a writer and musician raised on hip-hop (as well as occasional contributor to our mommy site The Hard Times). Goin’ Off uncovers the pervasive influence of Juice Crew and their label Cold Chillin’ for grossly uninformed, hip-hop deficient readers and deep aficionados alike, via a chronological deep dive of oral—get your mind out of the gutter and back on the streets—history. ‬‬‬

Juice Crew and the rap forefathers/mothers it birthed have been lost to music history at large. In the working class boroughs of ‘80s and ‘90s New York, they shaped and crafted a scene that defied the conventions of corporate marketability via ideological and technological subversion. This movement was homegrown and street made. Gritty. Experimental. Communal. Personal.

Looming large throughout Goin’ Off are the voices of the MCs and beat-makers who were on the forefront of chopping up and remixing the music landscape of the boroughs and beyond. The text is populated with firsthand accounts and anecdotes from a veritable who’s who of the bastions of early hip-hop. A shortlist of featured Juice Crew artists include Big Daddy Kane, Biz Markie, Marley Marl, Masta Ace, and Dr. Butcher, all lending Goin’ Off  their distinct and stylistic voices with the same engaging deftness that characterized the tracks of ’80s and ’90s hip-hop’s gold and platinum age.

Of personal interest to this reviewer is the fucking insane chapter mapping the rise of Roxanne Shante, “one of dopest female rappers ever,” in the words of Masta Ace. From standing on top of a milk crate battle rapping at the age of ten to becoming queen mother of the diss track in her teens, Shante’s story is retold here with all the fierceness and drama of her famous freestyling, culminating in the bittersweet reminder that “back in 1985, the world was not ready for a little girl to be the best in hip-hop.” Yeah, we’re getting intersectional in this bitch.

Rap has been marginalized, stereotyped, degraded, and categorized as little more than violent noise and corruptive social force. And sure, Masta Ace once settled a contract dispute with a single live bullet left on the desk of Cold Chillin’ Records’ Len Fichtelberg, his initials delicately etched on the side. Hip-hop has always had a curatorial flare for the small details. But it’s the huge span of material covered in Merlis’s book that stands out. Documenting two decades’ worth of music history is no easy task, but these stories are told in the voices of the artists who lived it.

If this all sounds familiar, it’s because it should. Beyond his detailed excavation of the label’s history, Merlis asks readers to question their bias and consider if this is really much different than the anti-label and -corporate sentimentality of punk and hardcore. Black working class hip-hop pioneers were running up against similar structures of social inequity as early punk, hardcore, and adjacent scenes. Compound that with centuries of racialized oppression, and you might get a little acting up. If you’re lucky, you might even get the innovation of Juice Crew and other Cold Chillin’ artists in the basements of the New York projects.

Alright, how’re we feeling? Basking in the clammy guilt of our musical ignorance? Don’t worry, Goin’ Off closes with a particularly impressive selected discography for you to start paying sonic reparations. If you’re into looking less like an ignorant punk, Goin’ Off spits bars.