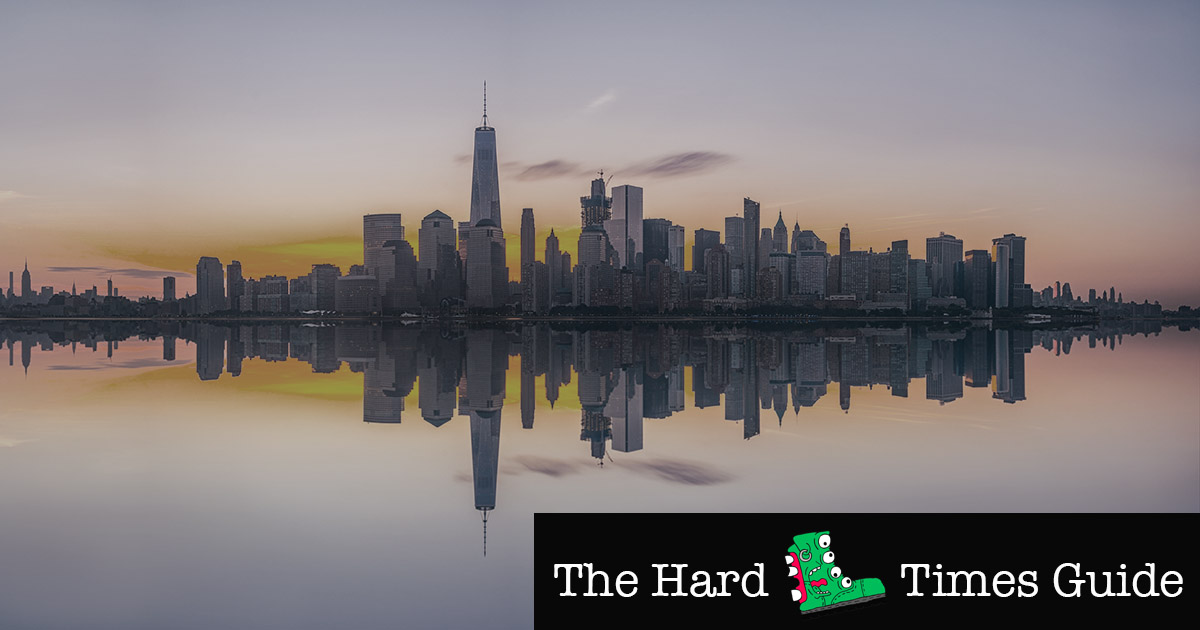 Anyone who’s been in New York long enough to order a bacon, egg and cheese knows there’s a certain kind of loneliness only the city can inspire, and it cuts through the soul worse than a breeze off the Hudson in all eight months of our neverending winter. Mark Twain put it best when he called it “a splendid desert—a domed and steepled solitude, where the stranger is lonely in the midst of a million of his race.” In the less eloquent words of my friends: why the fuck does everyone here suck so much?

In truth, dating in New York is rough. It’s a “being shoved elbow-to-elbow in a Subway car with a broken air conditioning while someone eats boiled eggs” kind of rough. Though the lovesick millennial in me wants to blame Tinder culture, which has made relationships a disposable commodity, heartbreak is heartbreak.

Thankfully, sobbing on the NYC streets is a right of passage. It means you’ve finally made it to the Empire State’s boss level. The best part is that the rent is never raised on a public meltdown (unless you choose to cry on the MTA, which increased their prices in April). After months of intense research (and decades of writing sappy love songs) I have narrowed down the 8 best places to get over a breakup the only way I know how: a full-blown, highly public cry fest. 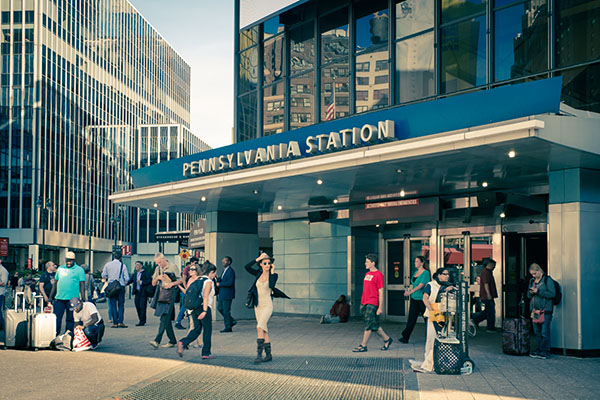 2:45 am is Penn Station’s witching hour. During this time, the veins of the LIRR have a blood-alcohol level far above the legal limit and the slurred voices of angry Long Islanders, realizing they’ve missed the last train until 5:29 am, echo past the shuttered Shake Shack. Basically, no one is happy here, so you don’t have to be, either.

Flatly put, Penn is so terrible because it’s basically a continuous reenactment of that scene from 300 every time a train arrives. At least you can momentarily redirect your rage by shoving some pushy business man. If that doesn’t work, the bathrooms have the perfect fluorescent lighting to dramatically splash your face with water like a depressed person in a TV crime drama. 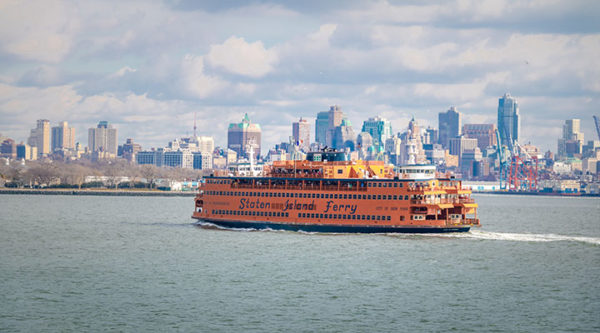 Staten Island is the butt of many jokes, but there’s nearly a 100% chance you will not see your ex there (unless you’re a born and bred Staten Islander, and in that case, I’m sorry). Though the island is known for such majestic societal contributions as Wu-Tang Clan and the Cropsey murders, the ferry is perhaps the borough’s most transcendent overall experience (if only because it lets you avoid New Jersey bridge traffic).

It’s hard to pinpoint what’s so healing about letting the salty breeze tangle your hair as the skyscrapers shrink behind you. Maybe it’s the fact that the city finally let you do something for free. Maybe you found a tiny morsel of peace after staring down the Statue of Liberty, a universal sign of hope, when you’re at your absolute lowest. Or perhaps you just found yourself in one of the bizarre suburbia’s backyard kiddie pools as an off-duty Catholic priest hands you a home-baked, cannabis-laced brownie while telling you that God is responsible for all of the world’s tiniest treasures (I can only speak from experience). On the way home, everything feels different. And if it doesn’t, there’s always the bar — because of course the Staten Island Ferry has a bar. 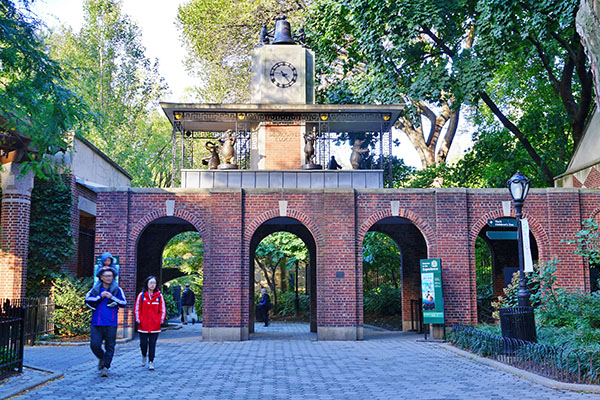 We’re not alone in our heartache, and there’s no bigger reminder than Gus, the notoriously depressed polar bear who joined the 27 club after years spent swimming in an endless loop around his enclosure at the Central Park Zoo.

By all accounts, Gus died of a broken heart. According to a New York Times profile, the lonely bear mostly stopped swimming in 2011 after the passing of his best friend Ida. He was “listless” and “greatly disturbed by her disappearance” (same, dude) and only managed to live two more years in solitude. Nonetheless, he taught us all an invaluable lesson.

For many city-dwelling children of the ‘80s and ‘90s, watching Gus swim listlessly back and forth was our first brush with the deep, unrelenting powerlessness of trying to exist in spite of loneliness. Pour out an overpriced vending machine Coca Cola for our fallen hero. You got out of your cage, but Gus never did. 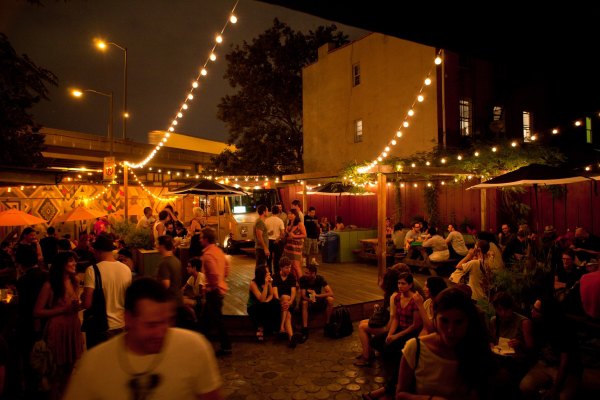 If you lived in New York during your early ‘20s, there’s a solid chance you’ve wound up at Union Pool and just don’t remember it. In its heyday, the bar read like a Craigslist Casual Encounters live-action reboot, which seems kind of redundant in the post-Tinder age, but I’m going out on a limb to say it probably hasn’t changed that much.

Sometimes, the best way to get over a breakup is regressing into your reckless youth and having a regrettable public makeout. 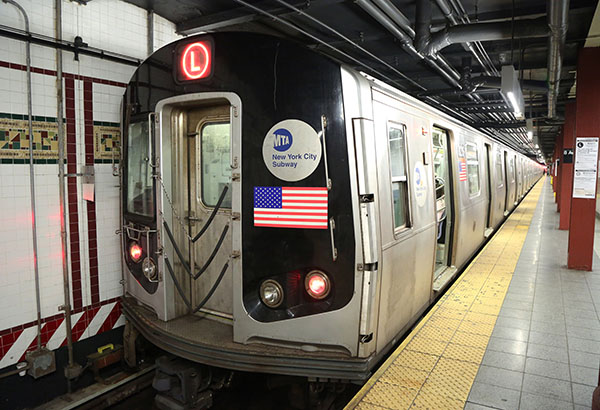 Maybe you’re stumbling home at 2 a.m. after going on a date with someone who doesn’t hold a candle to the person who broke your heart. Maybe you were drinking with your best friends ⸺but this is unlikely considering this is New York, and it takes 3 months for anyone to pencil you in for a single round of beer-shot combos.

When you climb down into the station, which is so hot it feels like you’ve finally died and went to the 9th circle of hell for being that sucker who spent $5 on a canned water at House of Yes, you realize the next train won’t come for 19 minutes. 19 minutes.

It’s time to sit down on that sacred ground where Pizza Rat rose to fame (and more than a few drunk people have urinated), put on your favorite Phoebe Bridgers song, and sob. Congratulations, you have achieved peak invisibility since there’s not a soul in New York who’d acknowledge the sad person weeping on the filthy subway floor. Carry on! 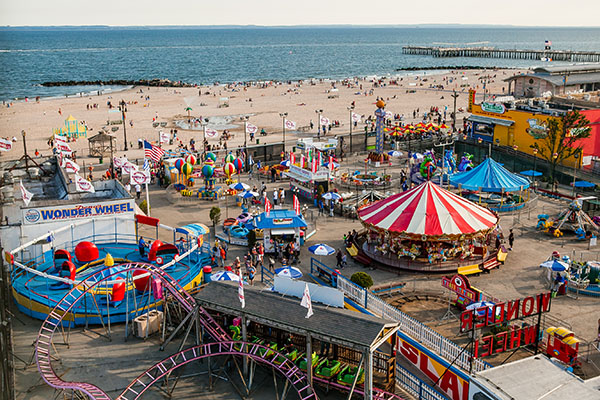 In short: no one can see you ugly-crying on the Wonder Wheel if you’re riding alone, and you might accidentally find yourself swimming with a severed leg. Try being sad about a breakup after that! You can’t. It’s a two for one bargain. Plus, Nathan’s cheese fries. 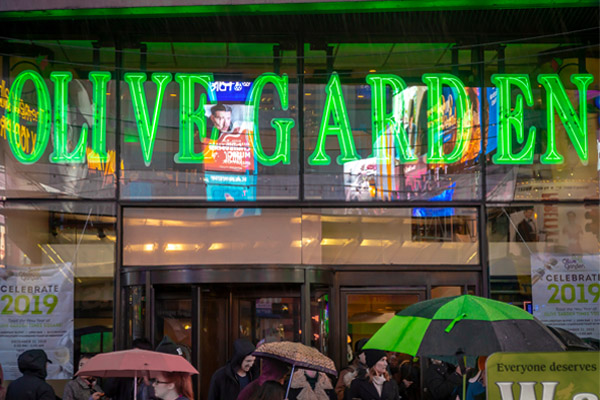 I personally haven’t ever been to the Olive Garden in Times Square ⸺or any Olive Garden ⸺but the fact that I contemplate it so much when my heart has been utterly eviscerated definitely means something.

There are much worse ways to weep endlessly than into an eternally full basket of breadsticks while you watch midwestern tourists eat their way through America’s dismal healthcare system one never-ending bowl of Ziti Fritta at a time.

In An Uber To JFK 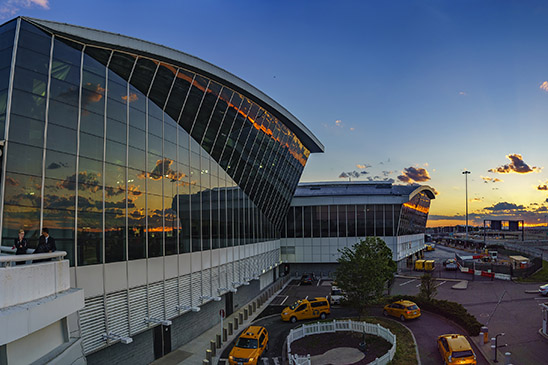 There are two types of people: the kind who’ve cried in the back of an Uber, and the kind who haven’t.

If you’re a fan of My So-Called Life, I’d liken this to the great divide Angela Chase describes between teen girls who have and have not lost their virginity. Let me tell you, one of those sides is way more fun, and it’s the one that probably earns you a 4.9 sympathy rating.

JFK is far out enough that you’ll have plenty of time to contemplate your life, hash out every way you could run away and start over, and Priceline the plane ticket to get there (assuming you can see your phone through all the tears).

Hey, if your new life doesn’t work out, the worst that can happen is you’ll wind up crying in an Uber from JFK. Don’t forget your passport!

Looking for more places to be sad in public over a banged-up heart? Catch Best Ex at Gold Sounds (and bring tissues).