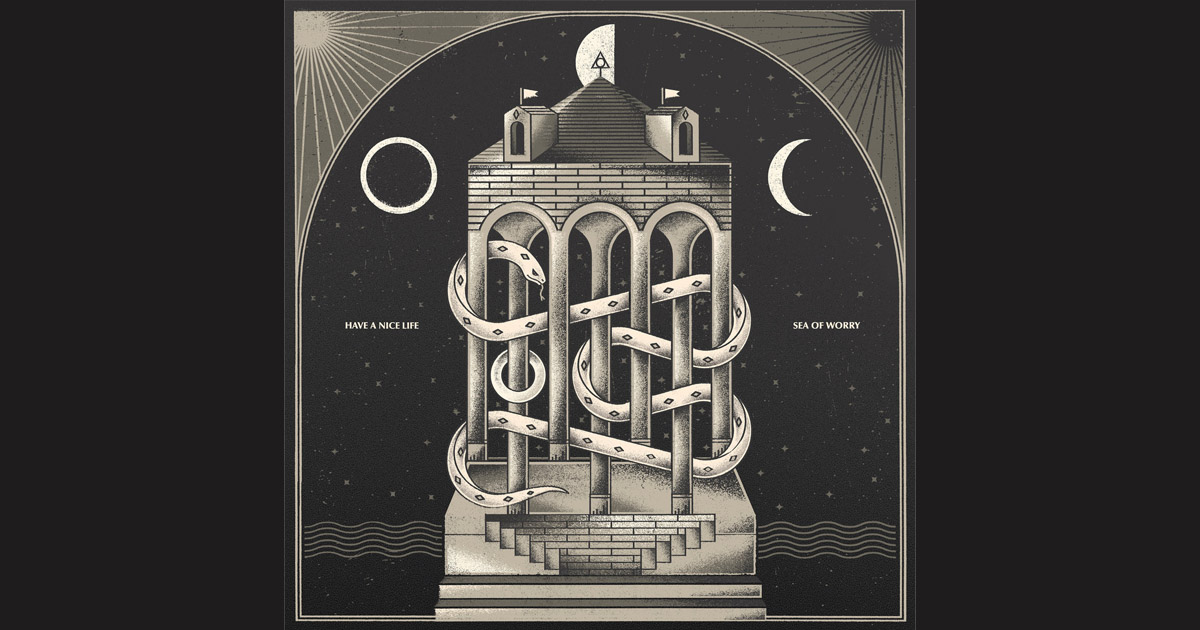 Album Review: Have a Nice Life — Sea of Worry

Have a Nice Life isn’t in love with the modern world, and that’s a relief.

On its third album, Sea of Worry, the Connecticut post-punk duo of Dan Barrett and Tim Macugo is full of existential dread. By adding band members for more live shows and recording sessions, Have a Nice Life has made fuller its distortion-drenched dystopia.

Sea of Worry isn’t for the faint of heart, and that’s the reason you listen. Here’s a band that’s putting a megaphone to our internal furies. Like you, Have a Nice Life knows that the world is currently a fucking shitshow. Like you, they can’t pretend anymore, either.

Exploring darkness and vulnerability isn’t strange territory for this group. However, Sea of Worry is the band at its most direct, uninterested in wasting time.

On the opening title track, Barrett calls “bullshit” on his own idealism. “I’ll decide not to decide,” he groans, before finally picking up himself and whoever’s listening. “Flatten every mountain, level every hill. You’d best believe it, because they fucking will.” Further uncertainty about the future is heard on “Dracula Bells,” a Joy Division-like anthem that skids into emo while the lyrics poke holes in the legitimacy of faith and the afterlife.

As Sea of Worry progresses, songs like “Science Beat” venture into keyboard-laden territories. By the time the instrumental “Everything We Forgot” plays, Sea of Worry begins to sound like something from Blade Runner.

Flirting with sci-fi synths and straight ahead punk (as heard on “Trespassers W”) fits Have a Nice Life well, but the band sounds most at home in the lo-fi confines of the final two tracks. The best of these is “Lords of Tresserhorn,” a six-minute thunderstorm of sound. Against a rattling bass and plinking keyboards, the song parts a bit for the vocals in the line, “I am mortgaged to an irrational thought: that we are always on top, and nothing will ever go wrong.” The rumbling static stops for a few phrases, the band catching its breath before sailing back into the storm.

Have a Nice Life won’t sugarcoat this entire “life” and “existence” thing. Like you, they know this will probably get messy, that we’re fucked, that the idea of some light at the end of the tunnel might be a cruel joke. Sea of Worry isn’t optimistic; it’s realistic. Listening to it reaffirms what you always suspected — you’re not the only one who is scared shitless. Sometimes, it’s good to know you’re not alone.