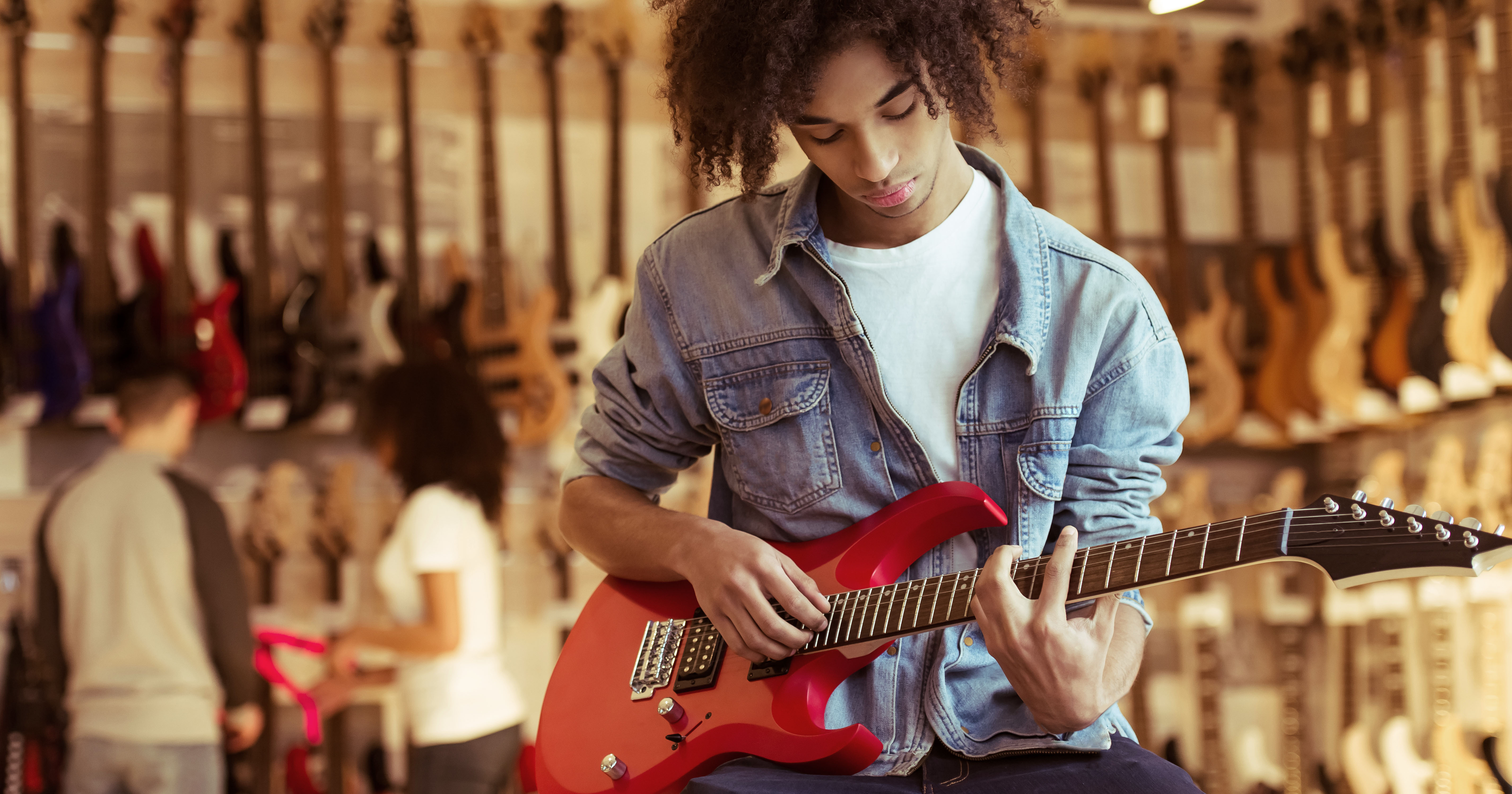 5 Riffs (With Tabs!) You Can Play in a Guitar Store and Not Look Like Some Jagoff

The politics of a music store are complex, often featuring unwritten rules you only learn after breaking them. The aisles are filled with Jazzmaster-toting hipsters, gray-haired blues devotees, quiet-but-intense Aimee Mann fans, and evolutionary relatives of Guy Fieri; each stands poised, ready to shoot a scowl your way depending on which riff you choose and how badly you play it.

And if you’re anything like me, you instantly forget every single thing you’ve ever learned the moment you decide to try a new guitar surrounded by strangers. We here at Hard Noise want to make this strange ecosystem easier for you to navigate by providing 5 solid riffs outside of the obligatory-yet-forbidden canon of the Rock Acropolis the next time you want to take that sexy Telecaster for a spin.

Once you master the basic riff, try playing along with the original song. It gives some great examples of how to break out of 4/4 by shaving off a beat here and there, which keeps things really interesting. Also, you can try using your free fretting fingers to add in notes when you’re just playing around.

While Broken Social Scene may take the stage with six dozen members on any given night, the main riff to “KC Accidental” sounds full and satisfying on even just one guitar. The key to this one lies in a smooth transition between the notes; try to let each note ring out as long as you possibly can, before making a quick jump to the next fretting shape. This is another one that sounds great whether clean, overdriven, or distorted.

Laura Jane Grace’s catalog contains countless catchy punk riffs; one of my favorites to play comes from the early Crime EP (and reappears on Reinventing Axl Rose). The secret to keeping this one up to speed is, unlike the last one, to not hold down every note and let it ring out, but rather lift your finger off the lower strings soon after picking. Watch some videos of Against Me! live playing this song to see. This tactic frees up your digits to come down on the next chord shape instead of having to move them all quickly simultaneously.

Here’s where we have to start taking some creative liberties. It’s tough to find classic riffs in Sonic Youth’s discography that don’t require some wacky tuning, which is a classic music store party foul. It’s a good idea to keep the guitars you try out in standard tuning, unless you’re prepared to tune them back as well. So this interpretation of “Kool Thing” works in standard, and also combines some of the parts to represent the song more fully while playing it on one guitar. 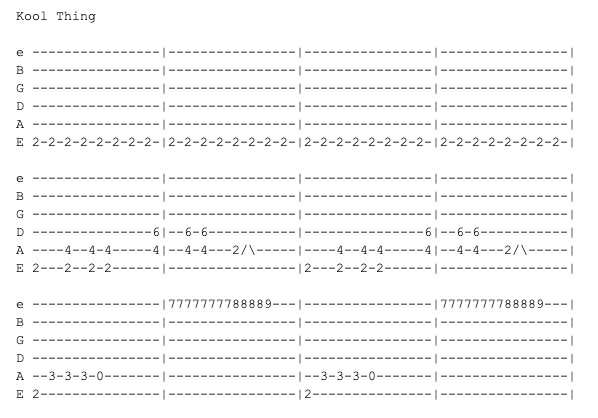 There’s a reason doom metal is so popular. These slow, sludgy, subterranean riffs are extremely addicting to play. In the spectrum of metal, they tend to be on the easier side, but require tons of attitude and tone. Plug into a high gain amp, or find some crazy fuzz pedal to help with this one. Again, Windhand tunes down low, but this version in standard tuning conveys the vibe well enough. The secret is using a power chord on the A string, but adding the 5th of the scale below it to give it that truly sinister vibe. 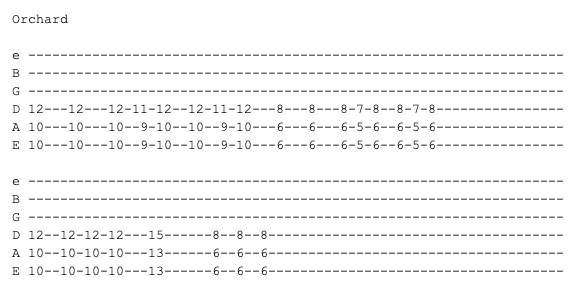 So, next time you try out a new guitar, don’t be this guy. Keep these riffs in mind, and your guitar store experience will be way less intimidating. Maybe even the Guy Fieri lookalike won’t seem so bad.

All tabs by John Danek (@jjdanek)

Published in Culture and Uncategorized