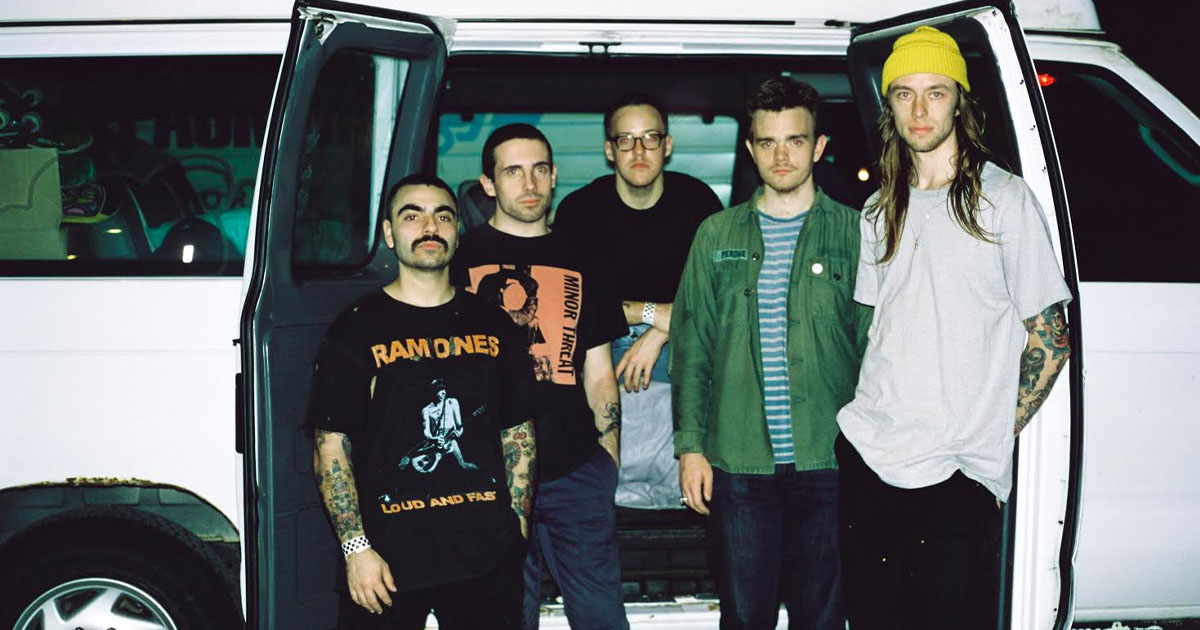 Movin’ On Up: Candy’s Michael “Cheddar” Quick on Creation Records

Very few artists listen exclusively to aggressive music, so in this recurring series we ask a musician about a band that they like that is outside of those worlds, and what exactly it is that attracts them to that band.

In this piece we talk to Candy, the new Relapse Records signees that set the hardcore world on fire with their uber-buzzy Candy Says, following that up last year with their massive LP Good to Feel. Mixing influences that range from Negative Approach to Integrity to INFEST, Good to Feel closes out with a title track that definitely contains a layer of influence hinting at classic Britpop, and specifically a certain Ian Brown-fronted band with a penchant for bucket hats.

With all those influences in mind, it’s fascinating to hear guitarist Michael “Cheddar” Quick discuss one of his favorite musical inspirations, the Creation Records catalog, home to some of the most important British bands of all time— from the Jesus and Mary Chain to Oasis, Primal Scream, Teenage Fanclub, and countless others.

Hard Noise: Considering your public persona and what people know about your band, what is an artist, label or movement that you love that falls outside of what your fans might expect from you?

Michael Quick: Creation Records. The world we live in as a band, sonically, is very different from theirs. Even though a connection on the surface between Candy and the popular Creation albums may not be obvious, if you look back and read interviews from the bands on the label, a lot of their releases have similar guiding principles to good hardcore music.

What was the record that got you on board with the label and why?

Screamadelica by Primal Scream. I actually first heard the song “Movin’ on Up” on the GTA San Andreas soundtrack in middle school and loved it without knowing anything about the history. Tried to get into the full record for years but couldn’t grasp it.

Years later I started diving into the Brit Pop/Madchester scenes and ’80s/’90s alternative UK music in general, and this record was one of the first I connected to. Finally it clicked for some reason. I think I eventually realized that an album could have some serious “punk” ideas in it without actually having any aggressive sonic elements. I realized that the fact that band was using like dance beats and drum machines and classic rock/psych production to create something new and subversive was really interesting to me.

What do you think it is that attracts you to that label? Strictly the releases? Or can some of that be attributed to the stories associated with Alan McGee & co?

Both. To say their catalogue is impressive would be an understatement, but some of the lore surrounding McGee and many of the bands attached to the label is the stuff of rock and roll legend. Particularly the story behind the Screamadelica logo.

What is your favorite release on Creation Records?

What is your favorite artist on the label?

Hard to deny Oasis but this whole conversation is making me realize again how much I appreciate Primal Scream so I’ll stick with them.

How do you think the label is applicable to what you are doing with your current projects?

I would be excited to be even half as effective in combining seemingly disconnected genres in new and interesting ways as the bands on Creation. Don’t think we’re close but I also appreciate and take influence from how many of their bands really valued innovation in their songwriting and tried to push their genres forward while still staying true to the roots and history of their genres.

What are the most crucial albums to you (name at least 5) from the label and why they are special?

Definitely Maybe is the Oasis pinnacle but I’d rather pick The Masterplan because “Acquiesce” is my favorite Oasis song, and “Talk Tonight” is also great. Morning Glory could have been close to Definitely Maybe level good if they included those songs, and I will never grasp why they left them off the album.

Isn’t Anything —I love the song “Soft as Snow,” I think it’s the best MBV song. Loveless is obviously a monumental record and I’m a fan, but certain aspects of it feel so curated and perfected that at times it loses some of the emotional side to the band and feels like more of just a technical exercise — although I do love “Loomer” and “Sometimes” as much as anything they’ve done. I think Isn’t Anything feels a little more haphazard and I just connect to that rawness a bit more at this point.

Souvlaki — I feel like Slowdive are more appreciated now than in the ’90s, but this record still doesn’t get the appreciation it deserves. Emotionally crushing and still sounds futuristic.