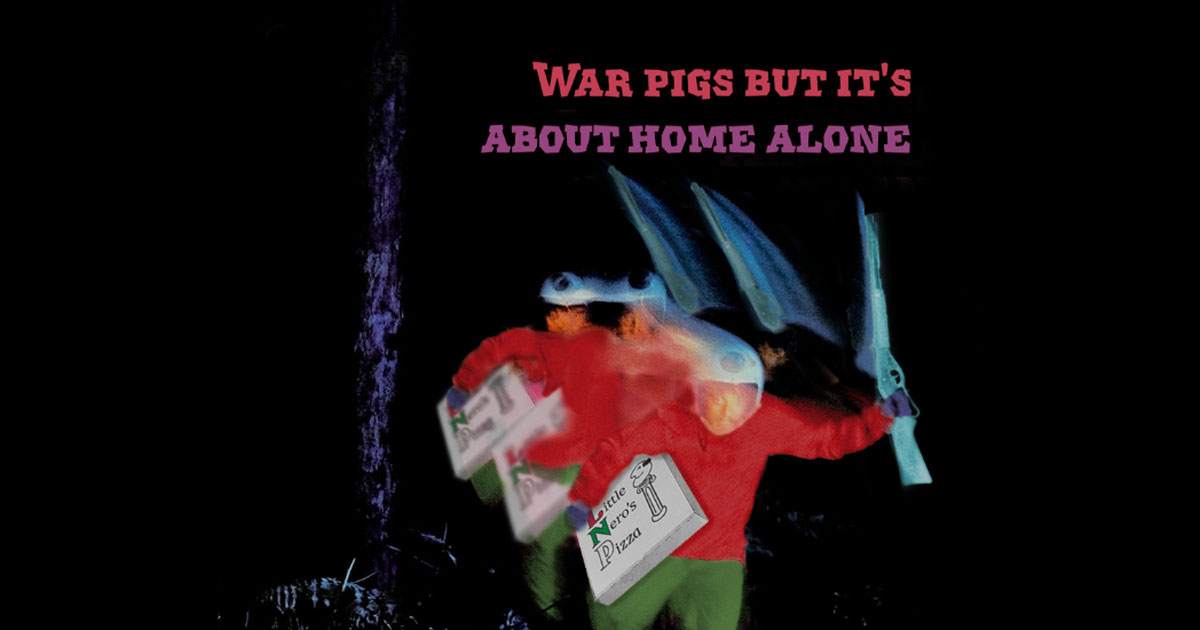 This “War Pigs” Cover Will Get You Into the Holiday Spirit

The holidays are here, and we found the perfect thing to show your cousins while you’re out “taking a walk” before dinner: This Home Alone-themed cover of Black Sabbath’s “War Pigs.”

This pop culture chimaera was created by Dan Edelman, an ad guy and jingle enthusiast (as in catchy songs about stuff you can buy, not like, bells) with vocals by Clay McCormack, described by Edelman as a “podcaster and hair metal karaoke virtuoso” who recorded his part in two takes, and mixing by D.A. Stern.

The song’s dedicated website contains a caroling-friendly lyrics page, in case this unholy union of late-Reaganomics holiday home invasion fantasy and ’70s anti-war metal anthem stirs you to take to the streets and share “War Pigs But It’s About Home Alone” with your neighbors. Here’s a choice selection: “Now that all the traps are working / Joe Pesci’s hair is burning / Wet Bandits run and cover / Marley’s shovel strikes with power.”

More classic movies deserve their own metal theme song, so here’s hoping Edelman continues his noble work. Even if WPBIAHA eventually becomes a sacrifice at the altar of Disney’s IP, it will live on in us forever.

“War Pigs But it’s About Home Alone” will be part of the Liberty Science Center Holiday Laser light show in Jersey City for all of December. Check out Dan’s non-John-Hughes-themed-metal-parody work here.