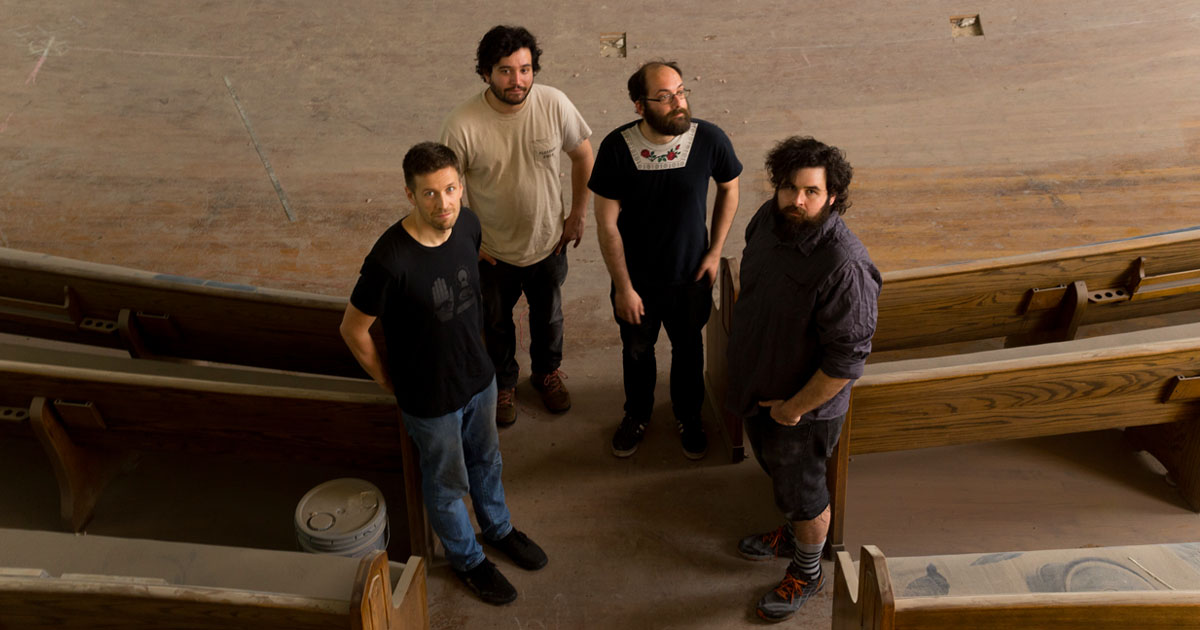 For Rick Maguire, work always comes first, and that work is writing, creating and playing music with Pile.

Over the past decade, work has been good as Pile has released six full-length albums, including last year’s Green and Gray. In support of that album, the rock quartet toured across the States a couple times, then played dates in Europe before taking a short break around the holidays.

Of course, that break is brief, as Maguire will head on a solo tour in Spring 2020, performing in cities like Chicago, Austin, and Boston, among other planned stops.

“Part of me feels like if I’m not doing it, I don’t know what I’d do instead,” Maguire said of his work ethic. “It’s nice to feel like I’m building on something. There’s always something to do.”

In an interview with Hard Noise, Maguire discussed the upcoming solo tour, the music industry, and his new love of spreadsheets.

Hard Noise: Between albums, are you consistently writing?

Rick Maguire: Yeah, I’m trying. I have some ideas that are really old; so I always have those to work on to see if there’s anything new. Occasionally something else will come to light. Much like there being a to-do list and a number of things to check off, as far as songs go, there’s always something there.

How does this upcoming solo tour shape or affect Pile’s next release?

It doesn’t affect it too much. Everyone was looking to take a break. We did do a lot of touring this past year. Alex [Molini, bassist] is starting up his own studio in Nashville, and he wants to take time to invest in that. Chappy [Hull, guitarist] is in a couple of other bands, and one of those bands, Shell of a Shell, is putting out a record this year.

The cycle of putting out a record with Pile then touring on it—that’s been it for the past six or so years. Playing solo is a different mode for me. It’s very much a yin and yang sort of thing. I know at the end of doing the solo stuff, I’m going to be really excited to do band stuff again. It helps to keep things fresh and open.

Have you ever thought about putting out a solo album, with just you, a guitar and some sparse instrumentation?

I’ve thought about it. The material I’ve been working on, a lot of does it fall into that category. At the same time, [the next Pile record] doesn’t need to be confined to just a solo album with sparse instrumentation. It can have more songs that have those elements of being mellower and all that. Then, you have some songs that have the full band, the heavier ones. That’s what the records have been in the past in terms of dynamics. Because they’re such good players and minds musically, I would want them to be there, helping to write the record.

Absolutely. I’ve been drawn to the band’s music for some time, but what always struck me about Pile was the amount of self-awareness and honesty in the lyrics.

Well, there were some pretty influential people in my life throughout my 20s who were interested in the same things I was, and they were big proponents of being aware of yourself and one’s orientation to the rest of the world. It’s become important to me—how I’m going to be effective in any kind of way, whether that means changing something within myself or around me.

That’s been a priority, especially because there are moments when you have those epiphanies like, “I had no idea the world could be like that,” and those can be pretty jarring, and it makes past behaviors seem foolish. I don’t know, there is a defensiveness to it, also. I think it’s mostly a positive thing. It’s a way to be a catalyst for change if you’re aware of what’s happening.

Do you ever worry about putting so much of yourself out there in the lyrics?

I can’t get too worried about it. I’ve already put it out there. That doesn’t really bother me. It’s a part of my life now. One of the reasons for putting it out there is to have that attitude where nothing can get to you. You’re impervious to the elements.

Getting to Green and Gray, is it weird to think of that as Pile’s political record?

I didn’t think of it that way. I would say on past records, the focal point was more on working on myself, being introspective and all that. On this most recent record, there were still elements of that, but there also was the idea that just being alive here is absurd with the things that we’re exposed to. It’s difficult to not address that. I would feel negligent if I didn’t say something about it. It is so glaring and obnoxious, just fucking everywhere.

The past three weeks are a perfect example of that. The three weeks prior to that were the same thing. It’s a weird thing. And I wonder if I were 34 in 1980, as opposed to 2020, if I would feel the same, like, “The times are crazy and weird.” I’m sure I would, but being on the cusp of it is like, “What is going on?” Just trying to make sense of all that.

Was there ever a point when you thought you might stop Pile? Where you were ever discouraged with the reception to that level?

I’ve been discouraged about things before, but it was never about reception. I never thought about breaking up the band. I would get discouraged with myself, and I still do sometimes in terms of listening to old records. Some of the vocal performances on some songs really make me cringe, but it is what it is. There’s nothing I can do it about it, short of going back and re-recording my vocal takes, which I would never do.

But as far as the reception? I don’t know. I can’t control that sort of thing. The music industry is all very fickle. My relationship to the music industry is much like my relationship was to high school—I will do what I have to do to survive in it. As much as some days I thought it would be nice to be one of the popular kids, I don’t think I will ever be popular in that way. And I don’t think that I would like it as much as I do just daydreaming about it.

I’m very grateful for the way things have turned out and the way we have been received. I don’t know if I would have been emotionally prepared for the kind of recognition for doing what we do. I do feel like I’m very fortunate, and we’re in an envious position as a band.

From my perspective, it’s the route any band has to take: touring, creating a niche, releasing albums. Pile is doing it, but there are so many factors. What else can you do— stadium tours with U2?

(Laughs) Yeah, I don’t know what that sort of thing looks like. Just by talking to people and hearing about their experiences in the industry, there are things mentioned to me like, “Oh yeah, this is how this thing works.” Say like a stadium tour—that is a world so foreign to me. I’m curious, but I don’t know if it’s necessarily one that I want to live in.

Does the band still have shows where there are a handful of people on a Tuesday night?

This last year was a lot better than past years in terms of people coming out. That was cool. Salt Lake City was a place where it didn’t always go well. This past time, though, it was great. It was like 70 people or something like that.

That’s the thing, too. I always had a tough time gauging how many people are in a room based on the size. If it’s a small room and it’s packed, it could just be 30 people. But now, because we’ve been working with an agent the past couple of years, I’ve been able to see the numbers. I’ve been really into spreadsheets. (Laughs) That’s something I’ve been using for the band. It’s fascinating for me to see what the actual numbers are for these things.

That’s what the next Pile album will be about, Google Sheets?

I hope not. That is a part of myself that I’m happy to leave out of the music. I think about the idea of “Oh, make it art,” but there is a part of you that likes order. One definitely helps the other. I don’t think I would be able to keep my act together if I didn’t have those compulsions towards order. But yeah, I hope I never sing a song about a spreadsheet, or maybe I will. Who knows? (Laughs)