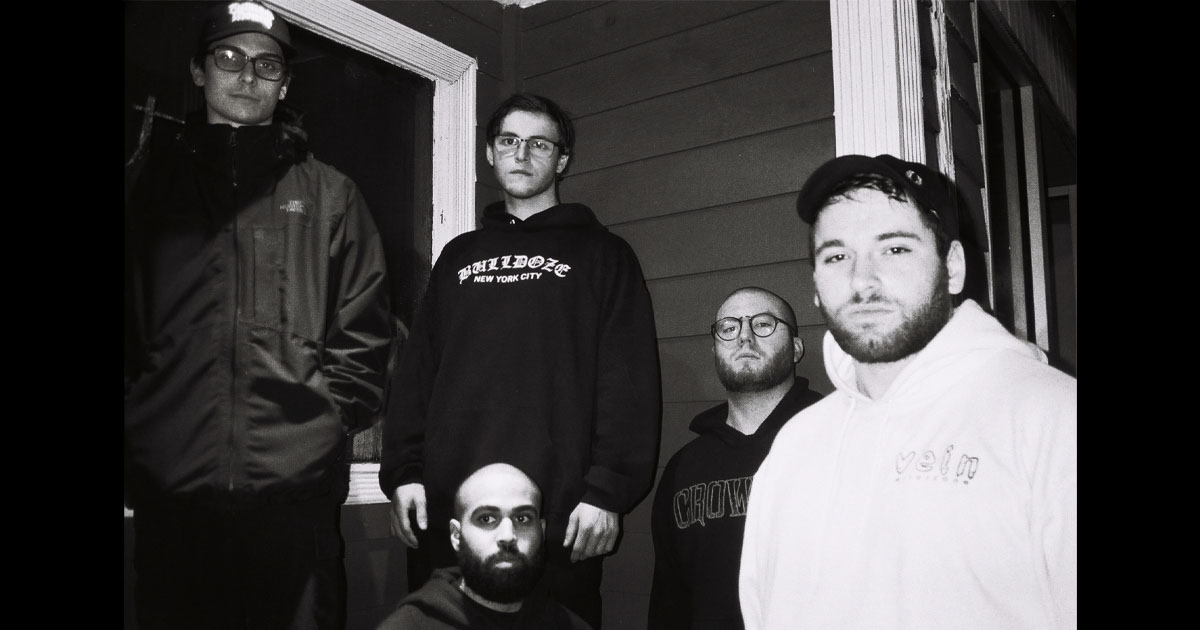 Hailing from New England and Long Island at once, Typecaste has built a slow but loyal following based on strong live performances and an utterly bloodthirsty take on hardcore. Applying unique ideas from classic metallic bands like Disembodied, Starkweather, Bloodlet and Turmoil all while spinning those tales into modern yarns, Typecaste has carved out a sound and a niche all their own with like-minded folks like Jesus Piece and Vein.

Their latest is the four-track Between Life EP due via Flatspot on Feb 7th, the follow-up to their loved 2018 EP Creature of Habit. Stream Between Life for the first time below and order your copy here.

On the eve of the release of Between Life, Hard Noise spoke with vocalist Dylan Carlo about the genesis of the band and its influences, where they’re looking to take the band and some details surrounding the latest release. Head below for more details.

Hard Noise: Let’s start with a little bit of history surrounding the start of Typecaste. How did you start and what were some of the shared ideals and influences?

Dylan Carlo: The band started with [drummer] Sean and I. We wanted to start a band together and were trying to get people to play guitar, but it was too difficult. People had other bands or were just too busy to be committed to a new band. Sean decided we should just write a demo, record it and then find people after. I was down, so that’s how the songs came together. Joey and Marazzo got added in once the demo was ready. Joey was visiting from Long Island and staying over our houses often. We were also playing video games with him and Marazzo almost everyday. So, we asked Joey if he would want to play bass and then we asked Marazzo soon after.

Ray just got added to the band on this latest release, on second guitar. He was coming on every tour with us anyway and had learned guitar in that time period. He lives in the same town I’m from and Sean is right next door, too. When the band started, a huge thing was being able to tour. We all wanted to be dedicated to the band and push it as hard as we can. This still holds true today; we all want to tour as hard as fuck. Also, we want it to be a fun experience. There’s no reason why we can’t take the band seriously, but enjoy ourselves at the same time. Influences at the start of the band were early Hatebreed. A lot of Under The Knife was being played.

How did the partnership with Flatspot happen, and what was attractive about the label to you?

The partnership began, I think, when Ricky [Singh, of Flatspot] reached out to James [Aloisio] about hearing new songs about a month or so back. James is our good friend, agent, and helps us out a lot. We were working on the masters at that point. However, we played the last Worcester Backtrack show and Ricky asked to hear some of the new songs. At that time, we only had rough recordings we did with no vocals and I didn’t want to send something unfinished. This was when I started thinking about sending songs to Flatspot when we had them all finished. It’s been extremely easy and fun to do stuff with them.

What were some of the goals in the creation of the EP versus previous work? What did you want to change and how did that manifest here?

This EP we wanted to push things even further. Just show progression in the bands creativity to help shape our own. I know Sean has spoke about wanting to create our own “world,” like how he feels other bands do. I agree with him and love the idea of creating something that is ourselves. Lyrically, I wanted to become a better writer and I hope we all improved! I feel like we all pushed ourselves to do the best we could. I’m proud of this release.

What is the current status of the band as far as live gigs are concerned?

Regarding touring, we have about 36 days coming up with Sanction, Seeyouspacecowboy, and Vamachara. That’s hitting almost all of the United States plus Canada. We are working on going overseas for a couple weeks and some other things. We aren’t going to slow down by any means, and we are just going to go harder. Now that I am out of college, nothing is holding us back to go full force.

What are some notes you can give on the creation of each track and its origin?

The first track on the release is “Memento Mori.” The track pushes into the record nicely and is about where I feel I am at in life with my happiness. It’s looking back at how depressed I was and how I feel I have somewhat improved. “Traverse” and “Hypnagogic Hallucination” are about the other side of life experiences. “Traverse” is about meditation and “Hypnagogic Hallucination” is about what I see when falling asleep. “Under The Wreath” we knew was always going to be the end of the EP just because it’s a big song. It is probably the most progressive or different Typecaste song. I honestly think Sean went crazy on the song, and the drumming is my favorite part about it. The song is about losing people around you, my own eventual death, and using those moments for positivity.