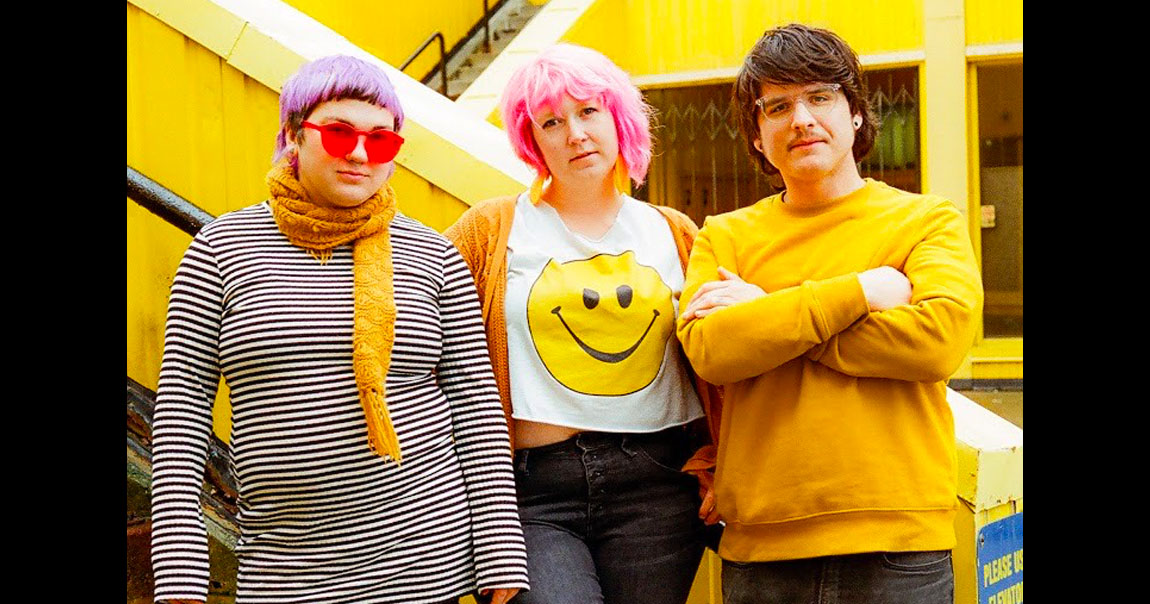 Formed the frozen landscape of Anchorage, Alaska, Termination Dust has sonically aligned themselves in the emo/pop realm alongside bands like the Courtneys and Charly Bliss. Hard Noise is proud to premiere the new music video for “Pull & Peel,” off TD’s most recent record, Growing Down. The track features fuzzy guitars and lyrics so sweet they’ll rot your teeth out.

Shot and animated by guitarist Jaybird Parkhurst and Quinton Oliver Smith of Landsick Media, the video features seamless stop-motion animation that brings the affection and tenderness of the track to life in brilliant color. We sat down with Parkhurst and Smith to discuss the new video. Watch “Pull & Peel” here, and keep scrolling to read about how they pulled it all together.

The creation of this video was pretty organic. It started with us digging through our rooms and countless thrift stores looking for cute trinkets we thought would be fun to animate into the video. We set up a greenscreen on a table in our living room and would start the day with a rough storyboard of ideas. It was always interesting to see how the project would evolve. We’d usually be drawn in a completely different direction than what we had planned but we just rolled with it. Whatever felt natural. We’d commonly have to shoo the cats off the table while filming because they loved to lay under the warm lights.

How long did this video take to film? What did you learn from the experience?

We had a lot of fun creating this video. We first started working on it in early November and finished it just a couple of days before Growing Down came out near the end of January. Any day we both had off work, we dedicated to working on the video together. There were a few 10-hour days of making as much as we could, and a few hours here and there after Jaybird would get off work past midnight. Creating a stop-motion video was a pretty big trial and error process at first, but we had a great time feeding off each other’s creative energy and coming up with all the different ideas.

Did anything about this particular track make you want to take the stop-motion angle?

Absolutely. When the band finds something we all enjoy together, we go pretty hard on it. While recording the album, the band was eating tons of Pull ‘n’ Peel Twizzlers. So it sort of became an inside joke, especially after buying out the entire supply at the grocery store closest to the studio. At some point, we had this idea of making a video entirely out of Pull ‘n’ Peel. The ideas kept flowing and the project incited a lot of passion and honestly obsession.

What are some of your favorite animated works? Did they inspire the style of this video?

Nothing specifically inspired the style of the video other than just wanting to create some art together. Emma Sheffer made a stop-motion music video for “Spring Break-Up” which we loved and was very influential. We watched a ton of Michel Gondry music videos together, which left an impression on us. We also made a stop-motion teaser for “Eyes Open/Eyes Closed” one afternoon and we both wanted to try it again after some practice.

What’s next for you?

Jaybird is on tour with Termination Dust for the next couple of months. Quinton has a few movies and music videos he’s working on at Landsick Media. Then tons of new projects will be budding in the summer. We definitely want to try our hand at another stop-motion in the future. We also have some live footage from December’s tour with Modest Mouse that will be turned into something new.