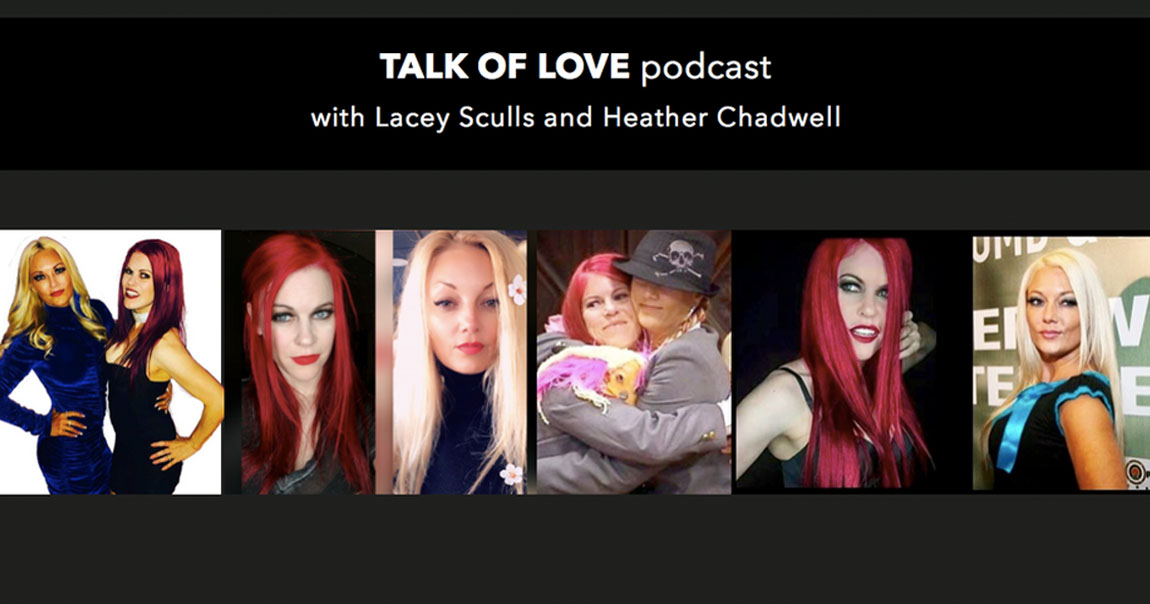 10 Things We Learned From the New ‘Rock of Love’ Podcast

It’s been 13 years since “Rock of Love” first premiered, and partially thanks to the show’s prevalence on streaming platforms, it’s still very much a part of the modern zeitgeist. There are meme pages, gifs, and podcasts dedicated to the heyday of the “of love” era. The show’s most memorable cast members, Lacey Sculls (the red-haired villain who drove everyone crazy) and Heather Chadwell (the one who got Bret’s name tattooed on her neck), have recently blessed us with their own podcast, Talk of Love, where they’ve been divulging the warts-and-all stories that they’ve kept to themselves for all these years.

Here are the best tidbits we’ve learned from the show so far.

I’ll give you a minute to process your shock. Lacey says that at the beginning of production, she asked Bret off-camera if he was really single, and he divulged that he was in an “on-again, off-again relationship” with the mother of his children. She goes on to explain that’s the big reason why she felt entitled to be an asshole on the show and focus on making good tv rather than making a connection with a guy who wasn’t interested in a relationship. Apparently, this was something that only Lacey was made aware of, at the expense of the other women in the cast who took everything at face value.

Lacey says that once she knew the true purpose of the show was publicity for Bret, she took it upon herself to “be the rock and roll version of what New York’s character was.” She says she was a big fan of “Flavor of Love” and wanted to emulate New York to entertain the viewers.

As I mentioned above, only Lacey was aware of the fact that Bret wasn’t actually there looking to find his “rock of love.” Heather really thought she was going to walk away as the winner, and maybe even as Bret’s girlfriend. Part of the reason she thought they had a special bond is that they would sneak off and get high together when they were feeling particularly annoyed by the other girls on the cast.

We didn’t get too much information on this, but she assures us that the regrettable tattoo was covered up. By what? We don’t know yet. Probably safe to assume it isn’t someone else’s name.

Heather’s anger is palpable whenever Bret comes up, and after hearing her talk about everything, I can understand why. According to Heather, Bret didn’t want anything to do with the girls after the show. “Unless I had a meet and greet for $750, he wasn’t gonna talk to me.” That’s just gross. $750 for a meet and greet?

Remember 12 Pack from “I Love New York”? He and Heather hooked up right before production of “I Love Money” began in Mexico. The two hit it off and it became evident that they were coupling up. Daisy De La Hoya (runner up of “Rock of Love 2” and eventual star of her own show “Daisy of Love”) came down to film supplemental content for the show and interviewed the cast.

Heather apologized to Daisy for being a dick to her on “Rock of Love 2.” She thought Bret was going to ask her to stay (like New York on “Flavor of Love 2”), so that’s why she was going so hard trying to get rid of her. They had a good talk, but then Daisy hit on 12 Pack during his segment, apparently aware that he and Heather were together. Tensions boiled over at the reunion, Daisy’s head got punched, and apparently Heather took exception to the smug look on Bret’s face after the scuffle.

Heather wanted to make it known that Daisy’s real name is Vanessa Mossman, and I thought you should all know that, too.

Heather’s was going to be called “I Heart Heather” and Lacey’s was “I Love Lacey.” Plans were halted after the relationship between 51 Minds (the production company behind all of the “of love” shows) and VH1 fell apart after the Ryan Jenkins/Jasmine Fiore tragedy.

Lacey was part of the cast of the lost season of “I Love Money 3,” and so was Ryan Jenkins from “Megan Wants a Millionaire.” As some of you may be aware, Jenkins brutally murdered his wife Jasmine Fiore (who could only be identified by the serial number on her breast implants) and later killed himself when he became the subject of an international manhunt. The “of love” genre reached its demise over this situation because VH1 was pissed that 51 Minds didn’t catch Jenkins’ violent past during his background check. This slipped through the cracks because Jenkins had a record in Canada, where he was from, but they only checked his background in the US. 51 Minds dropped the ball, and he likely wouldn’t have been cast had VH1 been aware of his criminal record.

Lacey says that Jenkins eventually won “I Love Money 3,” and she was aware that he and his wife had a tumultuous relationship. She goes into a lot of detail on this, but as most of it is speculation, I’m going to leave it alone given the grim nature of the situation.

Arguably the most memorable event of the whole series is the infamous Heather/Lacey fight from the episode when their parents came to visit. The most-asked question from the fans was about the legitimacy of that fight. Well, it was real, and it was spectacular.

Apparently, producers instigated the fight by telling each of the girls separately that they were talking shit about each other. Throw in a bit of day-drinking and exasperation, and their plan to remain a united front until the show’s finale fell by the wayside, and we were gifted one of the most iconic moments in reality tv history.