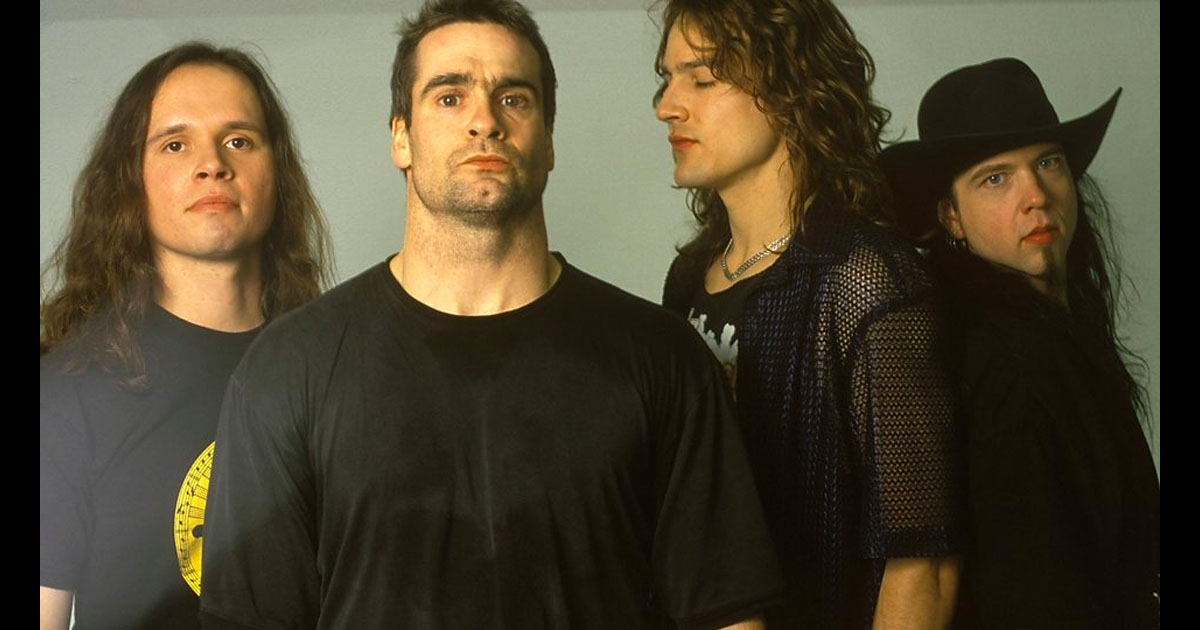 The Cardinal Sin of Having a Good Time: 20 Years of ‘Get Some Go Again’ by Rollins Band

I’m a 41 year old white man who spent his formative years broiling in the North American suburbs, so yes, of course I remember where I was when I found out there was a “new” version of Rollins Band in the year 2000. I was in front of a fucking computer, which is the same place I was when I found out Joey Ramone died and also where I assume I’ll be when they arrest Elon Musk for illegally terraforming Mars.

Henry Rollins fired everybody in his band and replaced them with butt rockers— that’s how the narrative was framed in my circle of dudes who took music way too seriously. That framing was incorrect. After five albums of intense, dissonant, and uncompromising sounds that loudly remolded the phrase “hard rock,” the majority of Rollins Band realized there was nowhere else to go (one member didn’t see the writing on the wall, according to Rollins, but that was, as they say, neither here nor there).

The trajectory of this sweat-streaked quartet saw them ride adroit musicianship and waves of critical respect to MTV, a Grammy nomination, and DreamWorks Records, an offshoot of the film studio founded by Steven Spielberg, Jeffrey Katzenberg, and David Geffen. What else could they do? Get their own roller coaster?

And so, as our calendars turned from the Clinton ‘90s to the Jimmy Fallon Double Zeros, the Rollins Band as we knew it faded away into the same blistering sunset that claimed Wax, Hum, and Deadeye Dick. The work of guitarist Chris Haskett and bassist Melvin Gibbs would still be spoken about with quiet awe, but these conversations were now tinged with an air of longing. Henry, never one for nostalgia, forged ahead with his friends in Los Angeles blues trio Mother Superior. The Rollins faithful did not want to cotton to Mother Superior because they wore cowboy hats and had some boogie woogie in their music. Never mind the fact that the deep introspection and emotional honesty of the original Rollins Band was cut with its share of lunkheaded classic rock photocopying (there are several moments on 1992’s The End of Silence that could be confused for Van Halen).

A more important truth is that Henry and Mother Superior didn’t want whatever music they created to be released under the name Rollins Band. DreamWorks pushed them into it, and apparently the company that bankrolled Saving Private Ryan can be rather persuasive. On February 29th, 2000, their album hit shelves as Get Some Go Again by Rollins Band. SPIN gave it a 7, calling it “a shock” that Rollins, a guy “serious about rock and not serious enough about rocking out,” had released a spate of material with “melodies you can whistle and beats you can clap out.” They hailed Get Some Go Again as Hank’s best work since the 1981 Black Flag song “TV Party.” This is a staggering dismissal of the man’s acting career, specifically his role as an overzealous cop in the 1994 Charlie Sheen comedy The Chase.

Ironically, Get Some Go Again begins on a serious note, with the straight-faced four minute burn of “Illumination.” The band creates a stern distorted bellow that moves like a war ship as Henry peels off lyrics about “yellow miles of pain” and “the depths of isolation.” This is the Rollins Band of yore.

There’s a nice fusion to “Love’s So Heavy,” a cut that delivers typical romantic lamentation with sly, winking flippancy. This song, with its bright funk rock groove and apex Hank performance, should have been Get Some Go Again’s inescapable radio hit. By the same hand, Mother Superior should be praised for the style, warmth, and energy they spread across the entire album. Their playing is appealing even on clunkers like “Monster” (which shamelessly apes a famous Guns N’ Roses riff) and the go nowhere stutter of “I Go Day Glo” (sounds like they were trying to glue anything to that cute title). Then there’s “L.A. Money Train,” the goofy 14 minute jam that closes Get Some Go Again with Rollins going totally off his nut about deeply baked Hollywood clichés. Henry makes the journey worth it after 11 minutes.

“You hear that saxophone player in the background?” he asks, breaking from his seemingly prepared remarks. “We brought him in so you could get a glimpse of my newfound maturity and still get a sense of my street credibility. He’s a session guy. He doesn’t even know my name. He’s no fool! He’s gettin’ that session work! He’s ridin’ that train!”

On Get Some Go Again, Henry Rollins commits the cardinal sin of having a good time, but there’s enough aggression and density to let this record stand with the rest of the Rollins Band ouvre. This is not Ethel Merman going disco or the Chipmunks going punk (read: bargain bin money-grubbing bullshit). It’s an underground legend admitting Thin Lizzy rubs his rhubarb and paying respect. Maybe this was only ever a serious controversy between myself and the friends who accompanied me to hardcore shows at VFW halls. Get Some Go Again existed before we had real problems, like the two versions of Black Flag that now compete for our tax dollars on the punk rock reunion circuit.

Rollins has stayed out of that fray entirely, which is probably the smartest decision he’s made in 20 years.