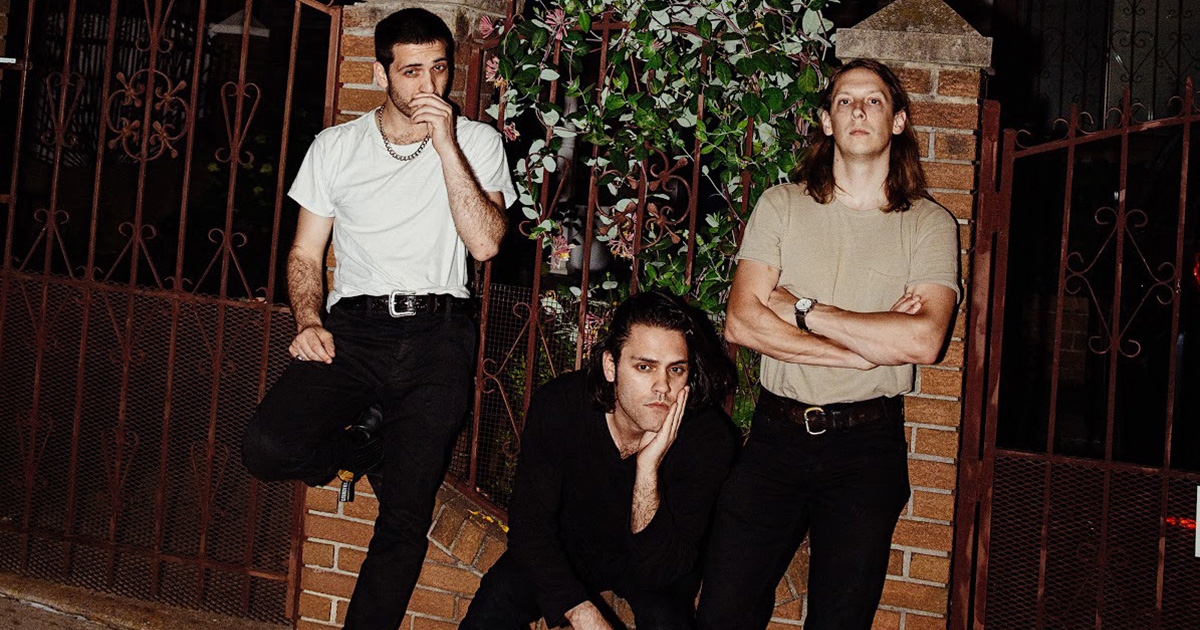 It’s late February but for the record, any time is a great time for “Hot for Teacher.” The classic 1984 track from the bulletproof Van Halen LP is the opening part of a conversation with Bambara, the Brooklyn-based band that, in a lot of ways, shares a similar story to that classic hard rock powerhouse: two brothers, part of a band since their pre-teen years with another local kid, start a band and grind away for more than a decade until all the pieces fall into place. In this modern era of record-then-upload instant success, Bambara’s tale of comeuppance is refreshingly old school in the best ways, letting that hard-nosed work ethic bleed into their stellar songwriting and impassioned performance.

Bambara was technically born of years of grinding it out in the college town of Athens, on tour across the country and across several LPs, refining their style and sound as the years have progressed. At the core of Bambara are the brothers Reid and Blaze Bateh (guitar and drums, respectively) along with bassist William Brookshire, the three of which grew up together in the Sandy Springs area of suburban Atlanta, playing at some of the clubs in the area from a very young age.

“All of our early shows were at the Masquerade on North Avenue,” recalls Reid Bateh. Blaze adds, “Yeah, we’d be in 7th or 8th grade and be playing at some of the clubs downtown. All X’ed up.”

By the time Bambara packed and headed to the home of REM and Harvey Milk, they were well on their way to playing parties and being in rotation as part of the always bubbling college rock scene. Learning their chops and experimenting with their sound during that era, as well as heading out on short Southeast runs on weekends, Bambara quietly grew into the Athens scene.

“We weren’t really math rock, but we’d play parties and shows with older bands like that and sort got adopted by those bands, I guess,” recalls Brookshire. “Bands like Maserati are good friends of ours. It wasn’t until we moved up to New York that things sort of started to gel.”

And while the basis of the band was cemented in Athens, it wasn’t until they planted their roots in NYC that Bambara truly started to blossom. Yet once the band started to get their sea legs, they found that starting in a new town, especially New York City, wasn’t going to be a simple feat. “When we moved here, I don’t think we realized how much of a starting over point it would be. Whatever success we had up until that point backed down a lot.” Blaze admits. “In the early 2010s, there were so many places that a band with no credit to their name could play and just bounce around from place to place,” says Brookshire. “And there were some bands that we already knew from up here just by virtue of them coming through Atlanta.”

NYC was always the been a step in the overall game plan, which also included making sure that their home was hospitable to music too. “The band has been the forefront of our lives since we were kids,” admits Blaze. ”So our plan since college has been to move here, find an apartment that has a basement and just practice.” That basement has served them well, becoming ground zero for three of the last four LPs and only straying ever so slightly for the latest LP Stray. On this record, out now on Wharf Cat, the band decided to return to Athens to a comfortable studio and hunker down.

“We had a strong working relationship with Drew Vandenberg, so we decided to work on it at Chase Park Transduction,” replies Brookshire. “There’s a certain amount of focus that we can have here—less distractions, and there are cots upstairs so we can sleep there, too. Three weeks of working, passing out and working again.” And yet Bambara can’t escape that basement, which played a crucial role in overdubs, background singing and additional accoutrements to further bring the record to life.

Stray is undoubtedly their biggest LP, but also possibly their most cohesive and realized. Bringing to mind bands ranging from Christian Death to The Birthday Party to Gun Club, all delivered with a searing and unflinching edge, Stray is packed to the gills with well-crafted gothic references and nods to Flannery O’Connor and classic literature.

“There are references to O’Connor in the lyrics on the record,” admits Reid when pressed about lyrical content on the LP. “But solitude has been a huge influence to me, as well. I’d say besides that, I’m not cognizant of specific influence, though I do take in a lot—a lot gets recycled back in ways I’m probably not aware of or analyzing.”

When pressed on classic tracks and how they influenced goals for the making of Stray, Blaze Bateh is quick to answer Leonard Cohen. “One of the biggest influences on this record was ‘I’m Your Man’—how he has backing vocals and a call and response thing throughout the record. We got Annie from Palberta to do some of that. Also we just wanted to push instrumentation more. We’ve always written shorter songs, so we aimed to sit in the song a little longer to build on atmosphere.” Brookshire concurs, adding, “I think using those backing female vocals have enabled us to let melodies sit in the songs where we might have otherwise tried to squeeze them out.”

Bambara don’t know how to stop grinding, and that work ethic shows in the band’s planned stints to promote Stray. “We’re looking to do 6-7 months a year of touring. So far in 2020 we have a full US tour and 4 UK/EU tours,” says Reid with a pensive look. “We love touring and have no plans of slowing.” With all of the upcoming dates, their gothic approach and their unflappable attitude of sticking with it through thick and thin, catch Bambara on the road soon—running with the devil, no doubt.