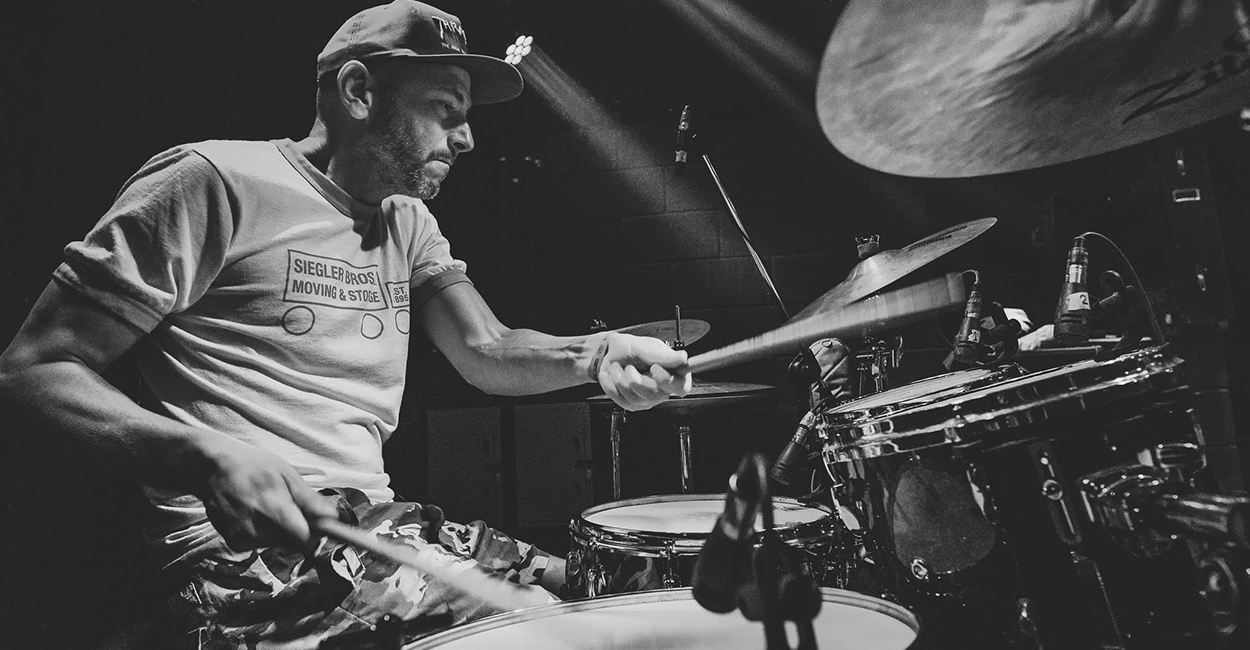 Sammy Siegler on Kiss, Billy Cobham and the Parallels Between Cro-Mags and Coltrane

Very few artists listen exclusively to aggressive music, so in this recurring series we ask a musician about a band that they like that is outside of those worlds and what exactly it is that attracts them to that band. In this case, we talked to hardcore legend Sam Siegler, who you might know from bands like Judge, Shelter, Project X, CIV, Youth of Today or maybe one of his current projects like Constant Elevation or World Be Free. Siegler was kind enough to go in depth on a truly American art form, Jazz, and how that not only created important memories as a youth, but informed his style as a player. The result of our conversation with Sammy Siegler on Coltrane, Art Blakey and how Stigma isn’t so different from Charlie Parker, is below.

Considering your public persona and what people know about your band, what is an artist, label or movement that you love that might fall outside of what your fans might expect from you?

I grew up in NYC, and my grandfather Murray was a jazz drummer as well my Dad, Richie. They taught me how to play drums when I was 6 and although I was drawn towards KISS, eventually Devo and then punk and hardcore, they exposed me to a lot of Jazz. My Dad took me to see Art Blakey and the Jazz Messengers at Sweet Basil’s, Elvin Jones at the Bottom Line, Jimmy Cobb and Billy Cobham at The Blue Note and many others. They taught me about swing, dynamics, and most importantly playing on top of the beat. There are many greats, but John Coltrane for me was the greatest.

What was the record that got you on board and why?

John Coltrane’s Giant Steps was the album that really spoke to me, it had it all. The track “Countdown” comes in like “It’s The Limit” by the Cro-Mags, pure fire. “Naima” is the smoothest song I’ve ever heard — that was my “Side One of Led Zeppelin Four.” The “head” to songs like “Mr. PC,” “Cousin Mary” and the title track “Giant Steps” were extremely musical. There was a sense of melody that stood out to me. Not to mention the packaging… it all felt cool. I had a Coltrane poster in my room next to my hardcore flyers.

Considering your instrument, are there specific players that you look to for inspiration? What about them is appealing?

My dad told me about Art Blakey — that you could walk into a club mid-drum-solo and know exactly what song he was playing, that it’s important to be a musical drummer and play the song. It’s not all about banging. I had his album Three Blind Mice, and I remember being blown away that a nursery rhyme like that was the first track on the album, and his ability to completely turn it upside down. He fronted his own band, the Jazz Messengers, and I was drawn to that. He took center stage surrounding himself with some of the best up and coming talent, and completely shined.

What do you think it is that attracts you to Jazz?

There’s a real sense of freedom within structure — the ability to turn a “standard” into something really far out and to go from beautiful compositions to pure “fuck you motherfucker” fire. Jazz actually reminds me of hardcore in a lot of ways. There are characters like Bird and Monk (we have Stigma and Harley), the graphics from labels like Blue Note are totally unique and draw you in, there’s a DIY element, as well a rebellious, product of my environment sort of thing. Jazz is also very New York and as a kid who grew up downtown, that spoke to me. You got the sense that these guys all hung out with each other, played on each others albums, sometimes anonymously. Most of all, the level of musicianship was top notch (we didn’t always have that in Hardcore), flipping time signatures, tempos, pulling in Eastern influences, a fearless ability to constantly explore and open up.

There are so many eras and styles within the genre, what do you think you identify with the most and why?

I suppose the late ’50s and ’60s really had the goods — a young Miles or Coltrane, hungry, trying to figure it out. I had a friend whose Father ran Novus, the jazz division of Columbia in the early ’90s, and he would get us tickets to see artists like Steve Coleman who had Marvin Smitty Smith on drums. I suppose that was fusion, that was really hip. We’d see Roy Hargrove a bunch which was cool because we got to witness his career developing in real time versus listening to an artist who was no longer around. I appreciate free jazz or when dudes are really pushing the envelope, but ultimately I like the songs and the ability to turn it all upside down but still land on the your feet.

How do you think the genre is applicable to what you are doing with your current projects?

Recently, I’ve been taking a much looser approach to music; not over-thinking it, grabbing some friends I want to play with, and seeing what happens. I have a project called Constant Elevation and another called World Be Free, both of which are very far from jazz, but my mentality is much looser and freer than in the past. I’m trying to let it all hang out within the confines of the formula.