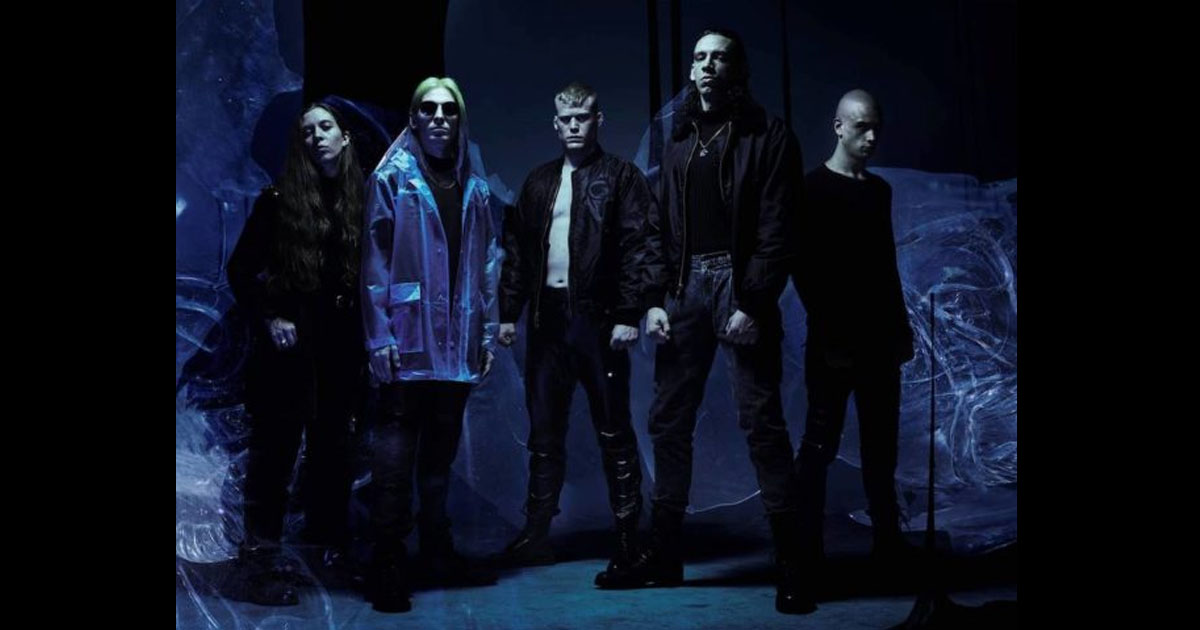 What the Code Orange Livestream Means for Music During a Pandemic

“In Fear of the End” is Just the Beginning

The same day Code Orange’s fourth studio album Underneath was released (March 13, 2020), the Trump administration issued a national emergency due to the rampant spread of the coronavirus COVID-19. States and local municipalities, under immense pressure to keep the public safe, imposed limits on gatherings of a certain size, and businesses throughout the world — including concert venues and ticketing companies — started canceling any event over 250 people. This meant that the record release show for the latest critically-acclaimed hardcore masterpiece, scheduled for the following night with Every Time I Die, Zao, Jesus Piece, Machine Girl and Facewreck as support, could no longer go on as planned.

Robbed of the the most anticipated show of their career, the band opted to find another way to play. Armed with all the hype for Underneath, Code Orange secured a free livestream on their Twitch channel and enlisted videography legend hate5six to record the mayhem. With 48 hours’ notice, a full-blown hardcore show in an empty room dubbed “LAST ONES LEFT: In Fear of the End” was broadcast to anyone willing to watch comfortably from their couch.

The irony of a show being canceled due to health and safety concerns, for a band whose tagline is “Thinners of the Herd” and who routinely post haunting images and butcher knife emojis, cannot be lost on anyone.

The live broadcast began with a montage of Tool-esque visuals interspersed with flashes of the band standing on stage, at the ready. There was a chilling sense, even through the screen, that this empty room was about to get extremely violent. Once the band started playing, anyone not knowing what to expect—probably the vast majority of the 12K+ watching on the streaming service Twitch—were introduced to a rightfully pissed-off band.

Watch LAST ONES LEFT: Fear of the End // 3.14 9pm EST from codeorangeofficial on www.twitch.tv
The band opened the groundbreaking show with Underneath‘s single and opening track, “Swallowing the Rabbit Whole.” Vocalist Jami Morgan kept telling the vacant venue to “COME ON!” making Code Orange among the first to truly embody the “play the same show whether it’s to 5 people or 5,000” ethos. The lyrics “Like watching my dreams come and go / You’re staring into your new god’s soul” sounded like both a confession and prophecy for a music industry rapidly trying to adapt in the midst of a global pandemic.

At the beginning of the next song, “In Fear,” Morgan asked viewers “Are you alive?!” before eventually progressing to “In fear… of a life in a box.” The end of “Who I Am” repeats an echoed “Lock me up.” These songs were written months ago; the quarantine themes only adding to the eeriness of the moment.

“I’ve been wanting to do things like this for a while, at least controlled-setting shoot, not necessarily live,” says Sunny Singh, the wizard behind hate5six who manned the stage left camera, via direct message. “With quarantines and social distancing expected to last months, I came into the shoot thinking that if it succeeds then there may be space to [do] it more often with bands in the immediate future.”

And therein lies the massive implication of the evening. As of this writing, the CDC is recommending that any event over 50 people be canceled for the next 8 weeks, compromising Spring tours and threatening the entire Summer festival season. The immediate future is unknown for almost every band on the planet. Canceled shows mean less exposure, less support, less money. Navigating this new landscape could prove detrimental to a huge number of smaller acts trying to make names for themselves, as well as mid-sized acts who may have just gotten into a recording/touring groove.

Pittsburgh’s Roxian Theater has an official capacity of 1,470. During the live stream, along with the members of Code Orange, a few camera operators and some sound engineers, it was filled with the weight of an entire industry in limbo. Not many bands could pull off what Code Orange did in front of a live audience of zero. “It was awesome. [It] felt like it both shouldn’t be happening but also had to happen,” says Singh, simultaneously living in the moment while planning ahead.

It’s quite possible that the juxtaposition of watching one of the most violent and chaotic bands in the game from the comfort of your own home will be the new norm. No one goes to a Code Orange show expecting to be safe. Hardcore purists will lament this new era where we have to watch shows from our own personal bubbles. This new phase won’t be permanent, however. Plagues, flus, viruses have long come and gone. Isolation is temporary; Code Orange is forever.