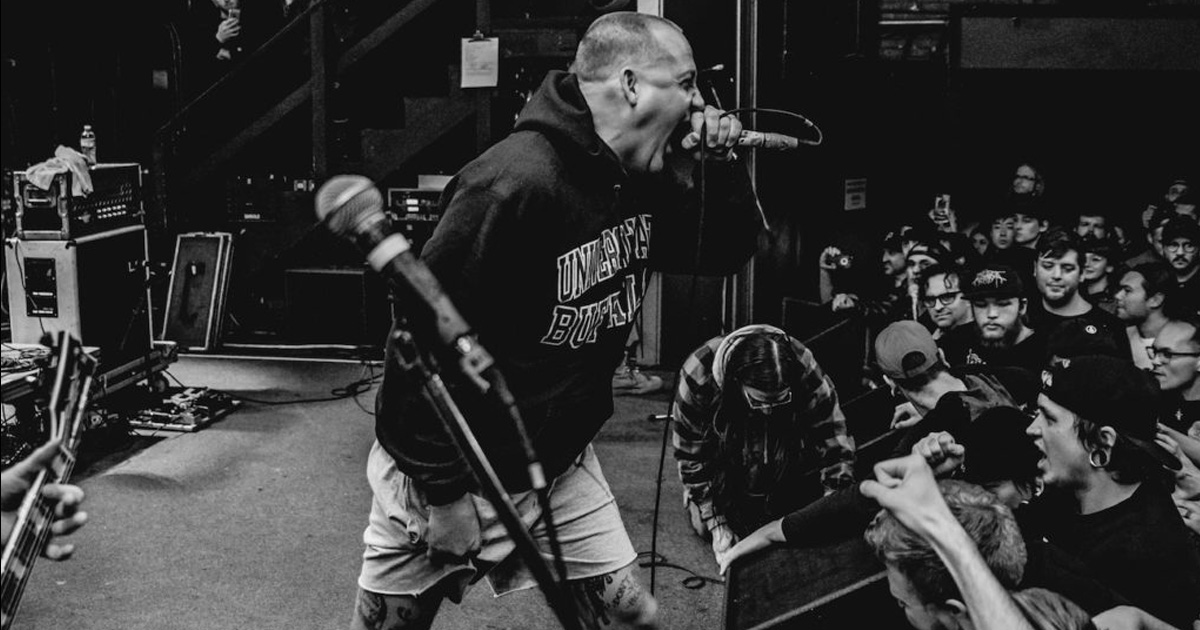 Comfort Food: Scott Vogel of Terror on the Records He Comes Back to Again and Again

Music fans and creators are naturally inquisitive people when it comes to their art— always seeking out how one band pulled off this or spun this other thing in a different way. But music is also catharsis, which is why it’s important to understand an artist’s relationship to certain types of music to help grieve, cope or provide a level of comfort. In the following series, we’ll examine records that are “comfort food” to some of our favorite artists, examine how they came to those records and why.

You can’t tell a story about the last nearly three decades of hardcore music without mentioning the exploits of Scott Vogel. From Slugfest to Buried Alive to Terror and on, the legendary vocalist’s storied career is pivotal to the genre, staying relevant to today with recent reunion appearances (Buried Alive in 2017) and two LPs in the past four years (Terror’s Total Retaliation and World Be Free’s The Anti-Circle). With all that’s going on in our turbulent world right now, we figured it was a good time to check in with Scott Vogel to see what he considers musical comfort food.

When did you initially hear the Rival Schools LP United By Fate? When was the last time you listened to it?
I heard this record and saw the band in Arizona when this was first released.  I loved Quicksand a ton and was very much waiting to see what Walter Schriefels did next. I listen to all the Rival Schools stuff all the time. One of the bands I listen to the most.

What about Rival Schools debut means so much to you personally?
Amazing music and amazing lyrics that step outside the box made by hardcore kids. It’s like magic.  The bass player Cache was in Iceburn from Salt Lake, who I also loved when they were a band. It’s just a great record with songs that are always stuck in my head and put me in a good place.

What is the highlight on the record to you?
“Undercovers On.” I believe it’s track four.  My second favorite song they ever wrote. It’s a fucking masterpiece.

Considering the fact that you’re currently in a band with a member, does that alter its meaning? Make it feel even more personal?
Sammy and Walter are my friends at this point, but I make it very clear I’m a super fan. I still geek out on them about this and lots of their past music. Hey Sammy, if you see this, where is my Rival Schools bass drum head?

When did you initially hear the Hot Water Music LP Forever and Counting? When was the last time you listened to it?
Truth be told I wasn’t a Hot Water Music fan when I first heard them. The guys in Buried Alive would play them often and I was anti. But the song “Three Summers Strong“ grabbed me, and I was sneaking into their tape collections and “borrowing“ this record until I finally had to admit I was wrong. There was something very special about this band.

What about that HWM LP means so much to you personally?
Fuck man. I would say they are my favorite band ever. Crazy dudes. Love to party. Their music is just so emotional and driving and heartfelt and fucking raw and angry and sad. I don’t know. It’s hard to describe. And if that’s not enough, seeing them live is taking it to another level.

What is the highlight on the record to you?
Still “Three Summers Strong.“ But there are no skip tracks. From start to finish this thing speaks to me.

When did you initially hear Gang Starr’s Hard to Earn LP? When was the last time you listened to it?
I got this as soon as it dropped. I was already deep into Daily Operation, Guru’s Jazzmatazz record and all the Gang Starr Foundation stuff like Group Home, Jeru and so on. I haven’t listened to this in a while. I need to change that ASAP.

What about Hard to Earn means so much to you personally?
It’s just everything I need and wanna feel when I think of hip hop. Of course, DJ Premier is one of the best producers of all time. His cuts are always dope and Guru comes with great thought-provoking lyrics and the monotone flow. Always having the crew on their records. Always elevating record after record.

What is the highlight on the record to you?
“Mass Appeal.” The beat is unreal and Guru just hits this one out of the park. The “Aiight Chill” track is great. “DWYCK” is a hit. “Suckas Need Bodyguard.” “Code of the Street.” This thing is just packed full of heat.

Why Hard to Earn over Daily Operation or Moment of Truth?
Could be Step into the Arena or The Ownerz— Gang Starr has done no wrong. The new record is actually really cool as well and of course DJ Premier is still at the top of his game.