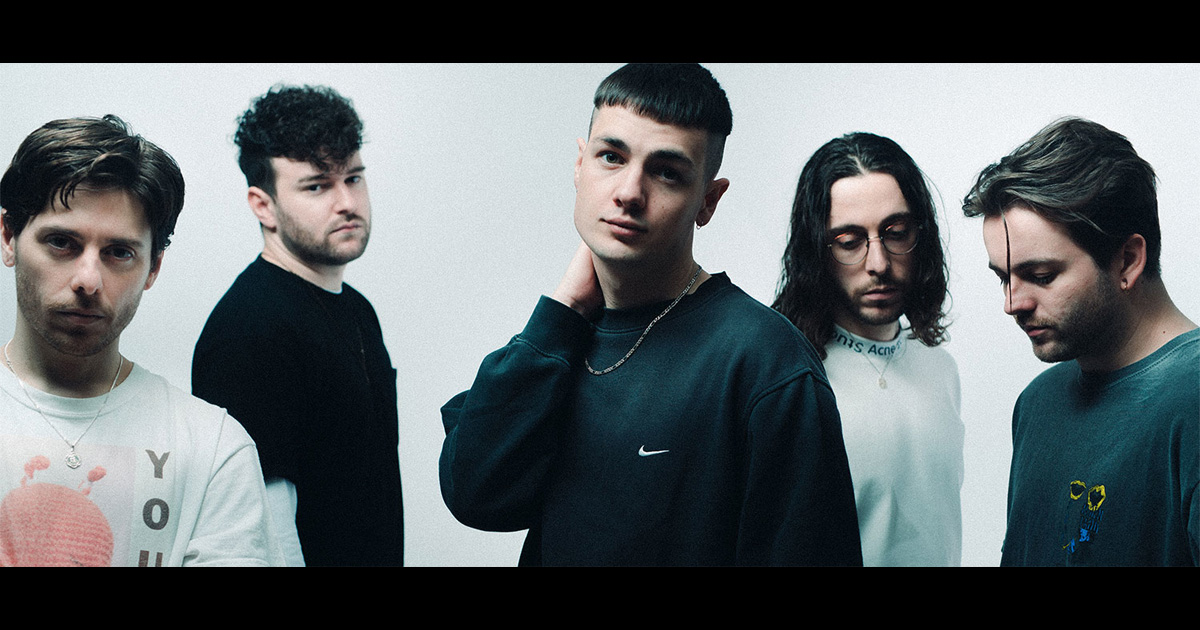 As COVID-19 continues to wreak havoc around the world, 2020 isn’t shaping up to be the best year for musicians or their fans. Artists and bands have been cancelling summer tours, major music festivals are issuing apologies and/or refunds, and the guy from Trapt can’t seem to stop melting down on Twitter.

However, there’s still one good thing to look forward to: new albums. Pop punk fans predicted that 2020 was going to bring new music, and they were right. Numerous bands have announced plans (and sometimes names) for a new album this year. Others have released catchy new songs and dropped hints here and there about a possible new album coming soon.

To save you time and give you permission to lighten up just a little, we’ve compiled a list of 10 pop punk bands who are probably putting out a new album in 2020, so if nothing else, you have plenty of 3-part harmonies to look forward to.

When Welsh pop punk heavyweights released the catchy love song “She’s a God” mid last year, it seemed as if a new album was on the horizon. The band confirmed suspicions with new music videos for singles “Lowlife” and “When You Know,” off their new album coming July 24. All Distortions Are Intentional is their third full-length following The Peace and the Panic, which was released in 2017.

In 2018, Boston Manor dropped their sophomore album Welcome to the Neighbourhood, debuting a darker sound and aesthetic. They’ve seemingly continued the crossover with their upcoming album GLUE. The first four singles, “Everything is Ordinary,” “Plasticine Dreams,” “On a High Ledge” and “Ratking” sound like they’d be comfortable on a late ’90s alternative rock radio station. GLUE is out May 1 on Pure Noise Records.

20-year strong pop punk mainstays New Found Glory are blessing fans with their tenth LP Forever + Ever X Infinity, out June 19. So far, they’ve debuted three new songs, “Greatest of All Time,” “Nothing To Say” and “Shook by Your Shaved Head.” All of them are absolute earworms, but definitely give “Greatest of All Time” a listen if you’re looking for a cute nostalgic love song to momentarily make you feel something good.

This Aussie four-piece might be a relative newcomer to the scene but they’ve cemented themselves as one of the most talented bands currently putting out music. Their debut album Skinny Dipping was released October of 2018 to rave reviews. Less than a year later, the band dropped stand alone single “Hate Me (Sometimes).” It’s super catchy and upbeat, but also kind of masochistic. In the last few months, they’ve come out with two more songs, “Shh!” and tear-jerker “Drink to Drown,” both of which have the same cover art, so more Stand Atlantic tunes in 2020 seem likely.

Another punk outfit from down under have recently put out new music signaling an upcoming record. Trophy Eyes used to be one of the heaviest bands in their scene but have gradually moved in a poppier direction. Their latest album, 2018’s The American Dream, pissed off many fans who couldn’t accept their happier sound. In January, the band put out a new single “Figure Eight,” which the band said would not be on their new album. Still, it’s a taste of what they have in store, saxophone and all.

A Day to Remember

ADTR’s new album You’re Welcome was supposed to come out last year, following their 2016 sixth album, Bad Vibrations. However, the November 15 release date was scrapped, according to the band, because of unfinished mixes and album artwork, and the date was pushed back to early 2020. It is now almost mid-2020 and there’s still no album. They did drop two new singles, “Degenerates” and “Resentment,” late last year to tide fans over, as well as “Mindreader” which dropped this month.

Knuckle Puck, one of the best bands formed in the late ’00s ‘revival era,’ broke into the pop punk mainstream in 2015 with their positively reviewed debut album Copacetic. They followed it up with another great album Shapeshifter in 2017. Their first new single in three years, “Tune You Out” came out at the end of February in preparation for another LP, which they’re currently finetuning.

The Canadian quintet have been posting numerous pictures on Twitter of them hard at work in the studio, so album two is definitely in the works.  Their debut album Blue in the Dark was released back in October 2018. A year later, they surprised fans with more pop than punk singles “So Damn Wrong” and “I Feel It All.” No one has confirmed if these songs will be on the upcoming album.

Broadside might not be as well known as others on this list. After their 2017 sophomore release, Paradise (which peaked at no.17 on the Billboard Heatseekers chart) they dropped two singles “Empty” and “King of Nothing” in mid-2019. The band has been in the studio since July 2019, and have a new single, “Foolish Believer,” out with SharpTone records.

Love and Loathing, With Confidence’s last release, was one of the best pop punk albums of 2018. Fans have been patiently waiting for new music ever since. Sadly, the band has not put out any singles, but in late March they posted photos from the studio on Twitter with the caption “We are recording Album 3. Week 1.” so it’s only a matter of time.