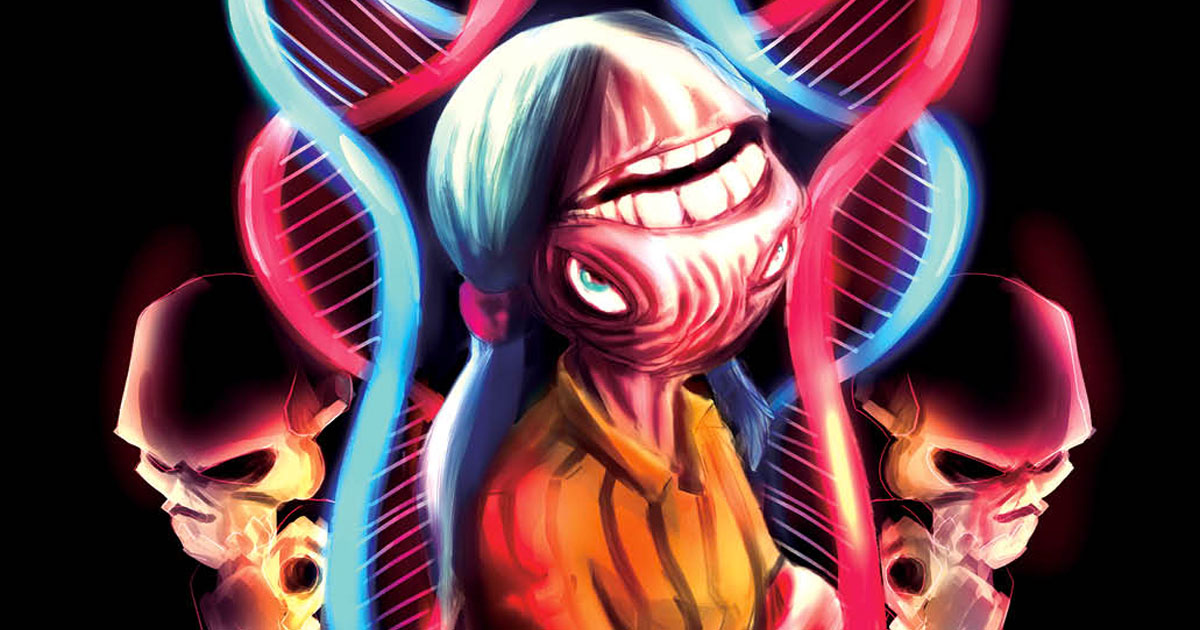 When I’m feeling somber, I listen to the bleak murmur of Songs: Ohia. When I’m going through a breakup, I go back and confirm that anybody else could have played Joel Barish in Eternal Sunshine. And as humanity suffers from a world-wide virus, I read comic books based around world-wide viruses.

Under such conditions, these disease-inspired stories feel less sci-fi and more non-fi — taking place on plague-torn planets, following small rebellious resistance groups or protagonists who work within CDC protocol rather than suiting up to beat the shit out of petty criminals.

I could recite the various renamed contagions in Marvel Comics that coincidentally all happen to turn flesh into techno-organic cells, but this is Hard Noise, so I’m going to shed some light on titles from publishers without the deep pockets and name recognition of Disney and Warner Bros. As it happens, Image Comics has posted many of their first issues online for free. Lucky you. 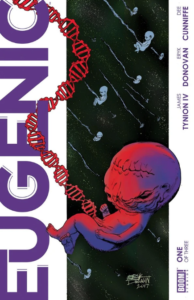 In this first book, the Mississippi Delta Virus, also known as the Red Cough, tears through the planet, killing off hundreds of millions of people. Xenophobes blame the spread on immigrant communities. A doctor secretly develops a vaccine, permanently altering human DNA and randomizing facial features as an act of defiance against the hubris of mankind. Eugenic (Boom! Studios) is from the GLAAD Award-nominated team of James Tynion IV (Detective Comics) and Eryk Donovan (Constantine: The Hellblazer). It’s an exemplary mini-series dealing with radicalism and how redefining what is normal can create new prejudices.

In Pandemica (IDW Publishing) by Jonathan Maberry (V Wars) and Alex Sanchez (Star Wars: The Old Republic), the global elites have developed different bioweapon pathogens that target the race of their choice. But oopsy daisy, the viruses that have been spread are also affecting some white folk. A quarreling couple, from a guerilla group determined to expose the conspiracy, break into a laboratory and steal an infant that could be the key to working on an antidote. The final issue of this five-part series was due to come out April 15th, but might be delayed for some reason… 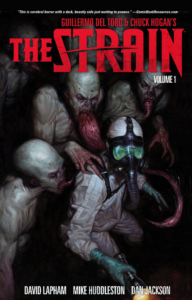 Based on the Guillermo del Toro & Chuck Hogan horror novel of the same name, The Strain (Dark Horse Comics) follows the head of the CDC’s rapid-response team after a commercial flight full of dead bodies lands in JFK International Airport. After the few survivors are quarantined, a contemporary rockstar’s spooky antique casket gives investigators a lead on the source of the deaths. David Lapham (Stray Bullets) and Mike Huddleston (Harley Quinn) adapted this scientific approach, portraying vampires from an organic stance as 28 Days Later did with zombies. And if you’re illiterate and your handler is reading this article to you, it was also made into a TV show on FX.

Thirty years after America becomes a fortress and closes its borders to the rest of the plagued planet, a diversely-skilled team assembled in Istanbul receives a message from Uncle Sam in Undiscovered Country (Image Comics) by Scott Snyder (Batman), Charles Soule (Death of Wolverine) and Giuseppe Camuncoli (Amazing Spider-man). Lured to the sealed country that claims to have found a cure to the Sky Virus, what the team of military, science, and journalism specialists actually find is a desert wasteland with marauders riding multi-terrain giant fish. Read the first issue here. 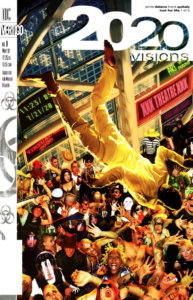 20/20 Visions (Vertigo) portrays a perfect ’90s Garth Ennis-esque nihilistic sex-driven world that feels like if Frank Miller wrote Transmetropolitan. It’s about a spry Larry David-type former smut-peddler that lives outside the giant wall built by the wealthy to keep themselves separate from the poor and the plague, which makes you shit, bleed through your skin, and horny as a rabbit. Offering one terrifying glimpse into our own possible futures, once an American citizen’s fever hits 104°, they lose their rights and are exiled to live outside. Author Jamie Delano (Hellblazer) says it’s “shaped by my own politics and prejudice.” This anarchy-guided morphine ride is not for the soft and sensitive sort.

Brand new ongoing series Tomorrow (Dark Horse/Berger Books) by Peter Milligan (X-Statix) and artist Jesús Hervas (Sons of Anarchy) is about a deadly virus adults get from the screens of their computers. Bouncing between protagonists, the world falls apart into youth gangs, noting the Lord of the Flies comparison. This is not something I would want to happen while we’re already quarantined; I read it online.  Issue #3 comes out at the end of April, at your local digital retailer, hopefully. 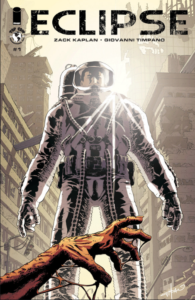 Forced to live underground after sunlight becomes deadly to all living creatures, Eclipse (Image Comics) by Zack Kaplan (Port of Earth) and Giovanni Timpano (The Shadow) is about a resourceful killer reflecting rays of the sun and setting traps to immolate his victims. His recent target is the daughter of a wealthy executive of the dominating solar power company. While not having to do with disease necessarily, the pandemic hazard leading to a quarantine story makes Eclipse feel fitting for this list.

Did you know that in the 1990s, the United States government, along with UNICEF, had DC release comics featuring Superman, Wonder Woman, and Batman to promote landmine awareness among children in wartorn countries? While this was likely produced in the name of public safety, I assume it was the U.S.’s way of sending an apology card, like slashing the wheels of your enemy’s vehicle but leaving behind a tire iron. More innocent examples in recent years: the CDC published a Junior Detectives comic for children about flu and disease prevention. Closing out this list with an informative comic created by Meredith Li-Vollmer (The Stranger alt-weekly) and David Lasky (Urban Hipster) and published by the Seattle & King County Health Department in 2008, No Ordinary Flu takes place around a family during the 1918 influenza pandemic while also envisioning what could happen in the future today with COVID-19.

Read the entire comic in 23 different languages here. This assignment WILL be on the quiz.