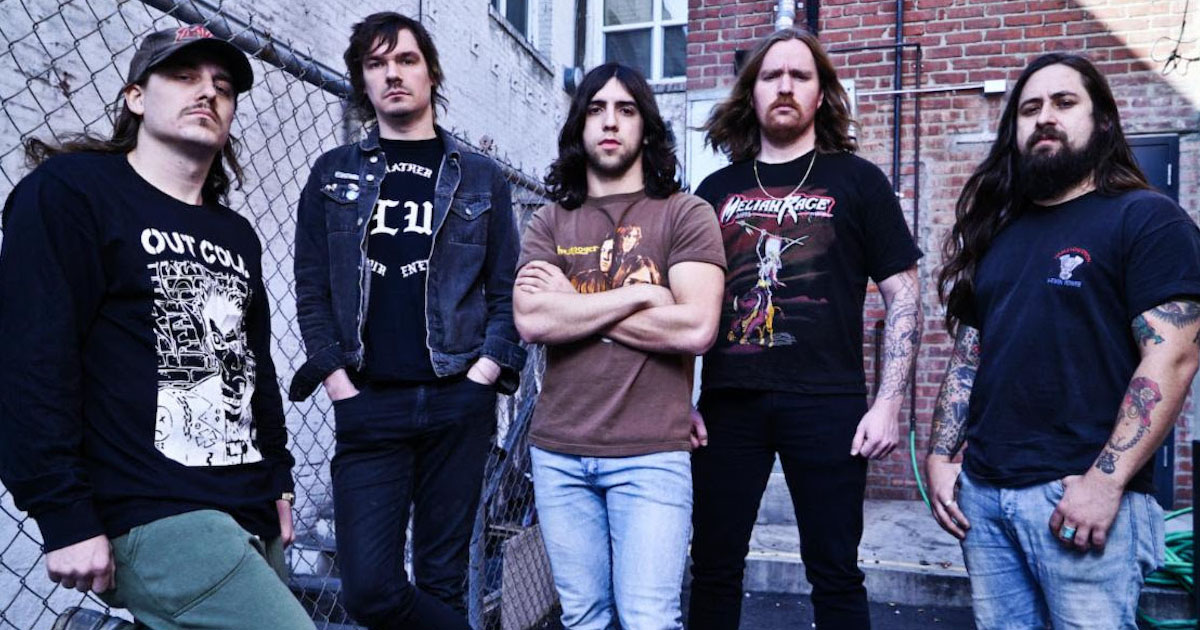 Comfort Food: Riley Gale of Power Trip on the Records He Comes Back to Again and Again

Music fans and creators are naturally inquisitive people when it comes to their art — always seeking out how one band pulled off this or spun this other thing in a different way. But music is also catharsis, which is why it’s important to understand an artist’s relationship to certain types of music to help grieve, cope or provide a level of comfort. In the following series, we’ll examine records that are “comfort food” to some of our favorite artists, and examine how they came to those records and why.

Whether you’re talking to a hardcore kid, a metalhead or anyone in between, chances are they’re going to have at least some idea of who Power Trip is. Mixing crossover thrash with a distinctly punk/hardcore aesthetic, vocalist Riley Gale and his crew have traversed the world on the strength of 2013’s Manifest Decimation and 2017’s Nightmare Logic. Speaking to us from his home in Dallas, Texas (on his birthday, no less), Riley told us what he considers musical comfort food.

I’ve been following Andrew Savage forever, starting with his early hardcore band Five Pointers and onto Wiccans, Teenage Cool Kids, Fergus & Geronimo… and every Parquet Courts record is better than the last. It’s been great to see them grow. So when they put out Wide Awake, I listened to that for a month straight. I just love Andrew’s art and his lyricism is great. And I love their versatility… one song has a post-hardcore/Fugazi thing and the next sounds like Talking Heads. They are willing to embrace sounds that aren’t as popular and make them sound modern and interesting again.

Lyrically, Andrew has a really interesting perspective of the world. It’s not much different than mine, but he comes from like a sort of completely different background. So I love listening to the lyrics, and analyzing it like that.

“Almost Had to Start a Fight / In and Out of Patience” into “Freebird II” are my favorite back to back tracks on the record.

US Girls – In a Poem Unlimited

I love a versatile record and you have these disco tracks that are catchy as fuck and the last song on the record is like a seven minute jazz freak out, which is one of my favorites (“Time”). I love it.

It’s in my top 5 favorite Motörhead records. I think a lot of people who might choose Ace of Spades or Bomber or Iron Fist or Overkill, but this is the most versatile. I haven’t ever gotten tired of hearing it. I think Brian Robertson’s vision for Motörhead is very cool and I’m glad that they got back to the original lineup. “Back at the Funny Farm” is one of the most underrated tracks that they have. It has like a Little Richard-y thing with it that feels very classic and feels filtered through this Thin Lizzy kind of lens, and I think that’s really cool. It still sounds very Motörhead but it’s sort of unexpected and just really gets you.

Wipers – Over the Edge

In my opinion, the Wipers should have been as big as the Ramones or any others at that time. But they were so anti-commercial, anti-corporate and anti-capitalist, that I think it really hurt their career in terms of not willing sort of tour things like that. But they left a lasting impression regardless. Greg Sage is one of the greatest American guitar players we’ve ever had and even though I don’t think this is his best performance, it’s still totally classic.

The Isley Brothers – Giving It Back

So this record came out in this weird period of time for them and they basically covered a bunch of rock songs — Neil Young, WAR, Bob Dylan, Jimi Hendrix, James Taylor covers that were sort of a reaction to all these people covering “Twist and Shout” and “Shout.” I love “Ohio” into “Machine Gun” here the most. I feel like this is the record where you can tell they had a bit of an acid phase. I love all generations of the Isley Brothers, but this is the most interesting to me.


Just my favorite classic rock album of all time. I’ve spent so many hours with that record. It’s the perfect blend of Stones worship, there’s some mild prog in there and Michael Schenker on guitar. Absolute classic. The big hit on here is “Doctor Doctor.” They had some really great records later, but this is the one.