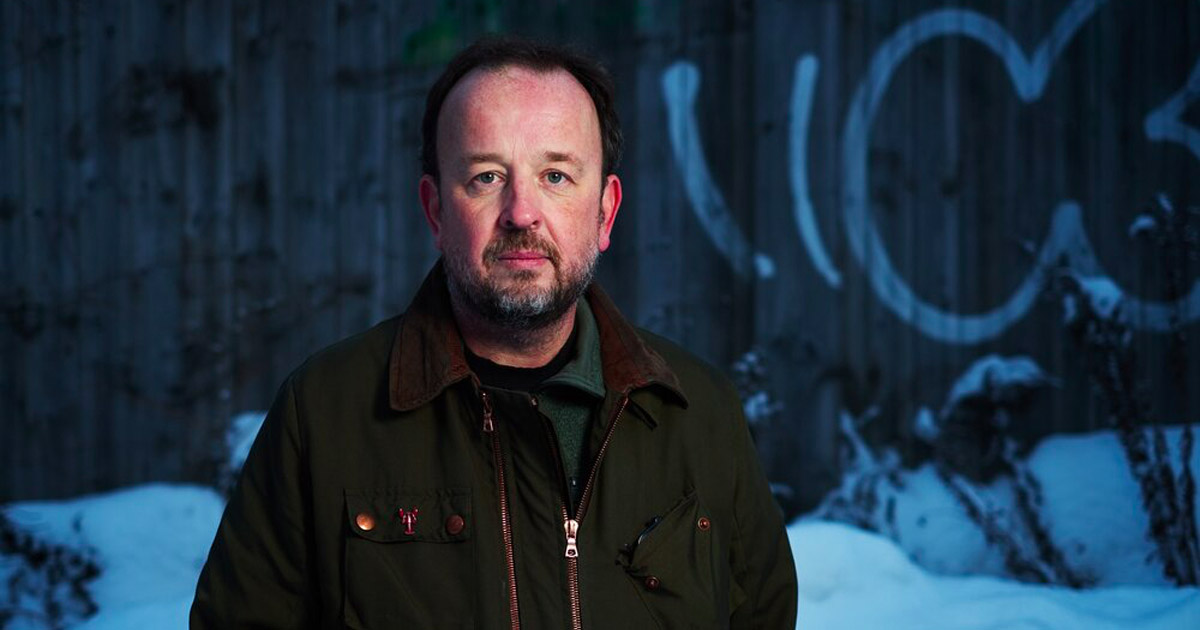 “We Went on Pure Energy”: Gluecifer’s Frithjof Jacobsen on Politics, the Pandemic, and the Fucking Misfits

Some people look at Frithjof Jacobsen and see an award-winning Norwegian political correspondent who spent the past 12 years working for popular newspaper VG. Other people look at him and see Biff Malibu, audacious singer for 1990s hard rock hellions Gluecifer, a compelling roustabout who gave voice to songs like “Rock n’ Roll Asshole” and “Dick Disguised as Pussy.” Was it difficult for Jacobsen to transition from rock n’ roll stages to the news room after Gluecifer disbanded in 2005? Did his colleagues ever shade him for his rough and tumble past?

“No!” Jacobsen insists, joyfully. “I think they thought it was a bit exotic. My boss would say, ‘Wow, I saw you on YouTube! I had no idea you did that!’ But now plenty of people see me as the journalist who plays in a rock band, as opposed to the other way around.”

Gluecifer reunited in 2018 for a victory lap that has currently been interrupted by COVID-19. Jacobsen’s journalism career continues; he was recently hired as political editor for the business publication Dagens Næringsliv. Hard Noise caught up with this astute wordsmith recently to discuss life in Norway under the pandemic, how maturity has altered Gluecifer, and breaking his shins on New Year’s Eve.

HARD NOISE: It seems like Norway has COVID-19 under control. Like your government acted quickly and stayed on top of it.

FRITHJOF JACOBSEN: Yeah, and we’re a small country, so I think that’s helped. We’ve been isolated for weeks, and now they say that the reproduction number is well below one even in Oslo. It’s been quite draconic, the rules they’ve put into place for the isolation, but everyone pulled together to do what they’re told.

HN: Is there a date your country talks about for reopening?

FJ: Well, society is opening up [now]. Schools, bars, restaurants…Restaurants started serving beers and alcohol in early May. No shows to speak of, though. Looks like we got through it pretty good. If we avoid a second wave, of course. But no spike in virus numbers after a couple weeks of a more open society. There’s an app the government gave us that monitors if you’ve come in contact with the virus, or anyone who has had the virus. I think people are prepared to stay in for the whole of 2020. That said, it’s summer time in Oslo. It’s 70 degrees, the sun is out, and if you walk around you see all the parks are full with people drinking beer and having those portable barbecues. [laughs]

HN: So how exactly did you transition into political commentary after Gluecifer?

FJ: When we started Gluecifer in 1994, I was in university. I was a journalist, but I had a band. Everybody had a band. I wrote for different outlets and I was on national radio. Then things opened up in Sweden and Gluecifer got much bigger than we imagined. We just started a punk band to play around in Oslo. In 1999, we had so much going on that we all took a year off from our jobs because we knew if we didn’t we’d regret it. Then we ended up doing that for six years in a row. [laughs] When the band was over, I was like, “Shit, what am I gonna do? I got rent to pay.” So I just got back into journalism and one thing led to another, really.

HN: Was it tough to get back into the, uh, for lack of a better term, rock n’ roll mode for the Gluecifer reunion shows or was it like a duck returning to water?

FJ: Our first reunion show was around mid summer in 2018. The winter and spring before that, we rehearsed quite a lot. We had to get the band back into shape. We hadn’t played those songs in many years, we had a new bass player — we had some work to do to get it up to speed. We rehearsed a lot because we knew we’d be on big stages and festivals and there’d be a lot of people watching. Some of these songs we made when we were in our early 20s. They were quite punk rock. We were much younger, we played fast and loud, and now we’re more mature. We can’t jump around now and pretend we’re 25 years old again; that would be pathetic. I think we had some stuff back in the day that we lost now…but we found some new things I think we can pull off. We can play the songs with more authority now, which is a code word for slower. The songs are more bottom heavy. Back in the day, we went on pure energy.

HN: To your point about maturity, going into the reunion were there any songs where you thought, I can’t play this now? In terms of either subject matter or musical complication?

FJ: No, not really. The only thing we were talking about like that was cover songs. Gluecifer started as a Misfits cover band, called, creatively, the Fucking Misfits. So we rehearsed a few Misfits songs for the reunion but it didn’t sound right. We tried a Didjits song too but that wasn’t working either. Great song, but we couldn’t do it. The Misfits and the Didjits were so important to us in the beginning.

HN: I’m glad you brought up the early years because I wanted to ask you about the injury you sustained during your first show as the Fucking Misfits.

FJ: Oh yeah, I had a most unheroic injury. We played at a bar on New Year’s Eve and it went well, I think. We were dressed in suits and various Misfits mohawks and makeup. After the show I jumped down to carry something or grab something and I suddenly felt great pain. I thought I sprained my ankle. It turned out I broke both my shin bones, the fibula and the tibia. I came to the ER and it’s the worst day to visit the ER because everyone’s blowing their faces up with fireworks, blind drunk and hurting themselves. I had makeup under my eyes, and to be in character I had written “HEAD FUCK” on my knuckles. I looked insane. The doctor wasn’t impressed. “What were you doing tonight?” “I’m in a band” “Ah, okay. Hmm. Not so tough now, are you?” “Yeah, yeah.” They gave me a shot of morphine and I was on crutches for eight weeks.

HN: Was that the worst injury you sustained in rock n’ roll?

FJ: Yeah. Although one time in France during a show I felt this intense pain in my leg and I looked down and a guy was biting me.

HN: What are your goals for the rest of your career in political commentary?

FJ: Well, I think journalism is a day to day thing. I just like watching politics and how it functions…and it’s interesting to see the differences between Norway and the rest of the world. Here we have faith in our politicians. They’re decent people. That’s a strength in our society, that we don’t have this divide raging with two sides constantly fighting, like in the United States. Politics is a bit more mellow here and the U.S. seems like a civil war. I must say, these last four years have been fascinating to watch. The U.S. is the blueprint for so many other countries, and when that starts to crumble, that’s not good for everyone else

HN: What do you think keeps Norway’s faith in politicians?

FJ: Most politicians here are quite regular people and we have a system with more political parties. The main parties — we have a labor party, and we have a conservative party that isn’t actually that conservative. [laughs] The conservative party is in power now but they have to work with everyone else. We have a center party that appeals to farmers and a pensioners’ party that appeals to old people. We have a green party that’s gaining momentum. They’re putting in bike paths everywhere. Then there are two Marxist left-leaning parties. Everybody can find some representation.

HN: Everyone in Oslo did seem very happy or content when I visited a few years ago.

FJ: This country’s super rich so our problems are limited. [laughs] The standard of living is high, so there isn’t much to complain about.