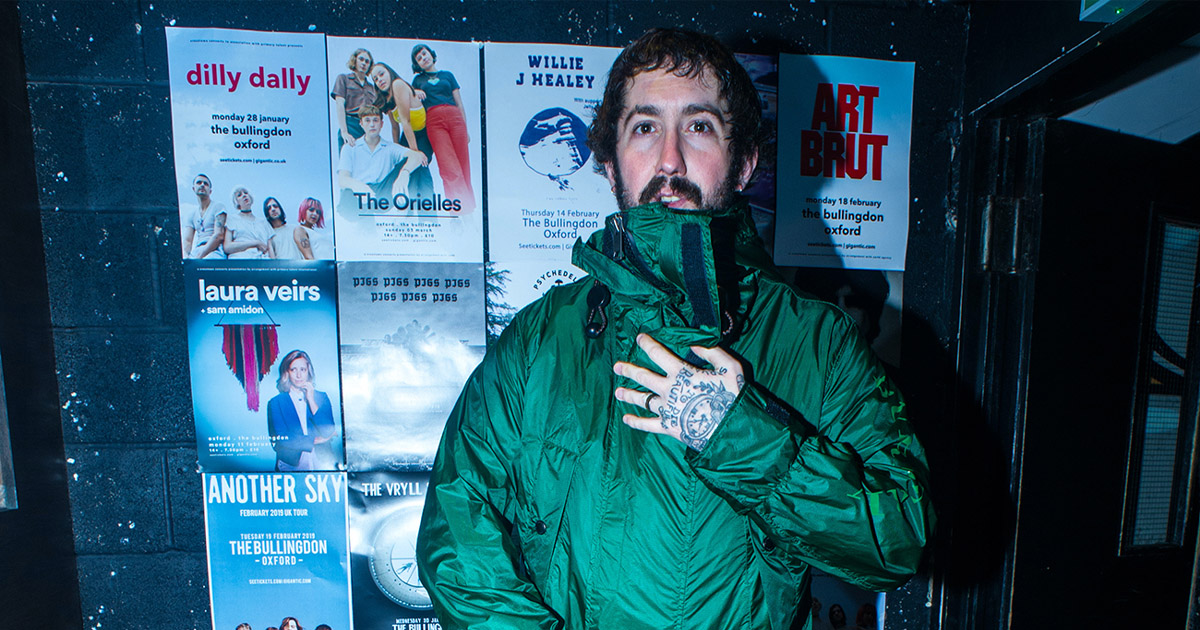 Comfort Food: Domenic Palermo of Nothing on the Records He Comes Back to Again and Again

Music fans and creators are naturally inquisitive people when it comes to their art — always seeking out how one band pulled off this or spun this other thing in a different way. But music is also catharsis, which is why it’s important to understand an artist’s relationship to certain types of music to help grieve, cope or provide a level of comfort. In the following series, we’ll examine records that are “comfort food” to some of our favorite artists, examining how they came to those records and why.

Rising from the ashes of the much loved hardcore project Horror Show, Domenic Palermo started Nothing to pursue his more melodic side, dipping into influences ranging from shoegaze to grunge and all stops along the ’90s alt way. Beginning with releases on A389 Records, Nothing’s move to Relapse with Guilty of Everything caught the eye of the indie community, leading to two equally well-received efforts Tired of Tomorrow and Dance on the Blacktop, the latter of which hit in 2018. Speaking to Hard Noise from his East Village NYC home, Palermo has been hunkering down and working on demos for the follow-up to Dance, which he hopes to have out in the next year. We spoke to the Nothing frontman about some of the records he has come back to constantly for inspiration.

The Lilys – In the Presence of Nothing

That record has been a thing for me since like the mid-2000s, and it’s obviously had an astounding effect on me as a musician. The fact that they were local to me meant I always kind of held them a little bit closer. At one point, we were going to do a short release and cover songs off of this and call it “In the Presence of Lilies.”

Nihilism is obviously a huge part of shoegaze music and I’ve seen the word Nothing come up several times in the genre. Is it tied to any one thing? Like this record? Maybe the Teenage Film Stars track?

Yeah, it comes around a lot. I can’t really tell you exactly where the fuck that came from, but definitely didn’t directly come in a conscious way. Like you said, it’s a word that popped up all the time. I always knew that Nothing was going to be a gloomier, more bleak, shoegaze kind of thing.

Take me back to the first time you heard this record or the era when you were listening to it. Why do you think it hit for you?

I think it was the early 2000s, and I was kind of around a lot of the Space 1026 art dudes in Philly, like Steve Powers and all those guys. They were all heavily into a lot of this kind of stuff and I think that was the first time I heard this record. Before that, I was really only familiar with a lot of like the English stuff — MBV, Ride, Slowdive and all that. So it was kinda cool to hear The Swirlies because it just immediately registered with me. It seems more refined and more relatable to me as far as the angles that these guys were coming from musically. So this record was an important piece of the puzzle for me. I still try to rip things off from these records all the time.

What’s a key track for you on this record?

“Elizabeth Colour Wheel” and “Collider.” Those two songs into each other are just a perfect pair.

A huge record for me. My sister was into them, my brother was into them, my mom was into them, so there were always Smiths tapes or Morrissey tapes laying around my house all the time. So I was pretty aware of them at a really, really young age. I’m talking like seven, eight years old, knowing the lyrics to some of these Smiths songs.

The Smiths self-titled though… it just does something to me, even just seeing the cover. It puts me in my grandma’s house in Cape May during summer trips down there. I remember being in the back room listening to that on a tape player over and over again and back to front. I wore that tape out.

What’s a key track for you on this record?

I think obviously everyone’s talked up and down about that record. That record is perfect, another one that’s just track after track. The B-sides are great too, other than the 12 minute version of “Fools Gold” — you have to be on drugs to really get down with that. But for the most part that’s a front to back masterpiece. That’s one of those ones I love and go back to, but at the same time, can get sick of fast. So when it does pop on, it’s like a one and done, and then it’s a while before I can listen to it again.

What are your thoughts on the second LP?

I love the second LP. I mean, there’s definitely some snoozers on there. Anybody who says that they liked that record more than the first one is obviously trying too hard. But, it’s a fucking good record.

Who do you think is the best band to come out of Manchester?

Well, I’m a big Ian Brown fan, so I’m kind of biased to that. But obviously the list there is long. Oasis, Joy Division/New Order, Happy Mondays, The Smiths…When you’re talking Manchester, it’s in this order: Smiths, Joy Division/New Order, Roses and then Oasis. I love Oasis, don’t get me wrong, but they ran with Ian Brown’s full shit and perfected it, almost. Brown is still just the best.

Where were you when you heard about David Berman’s death?

Exactly where I’m at right now: sitting at the desk at my house, working on music. It’s funny because I had just done a Silver Jews cover a month or so prior, and I didn’t really even have a plan on what to do with it — I just occasionally recorded some stuff like that. I hadn’t even gotten a chance to sit down and listen to that Purple Mountains record yet.

After that happened, I listened to it a few times all the way through over the course of that day. It’s just such a beautiful, heart wrenching record. The lyrics, the music, everything is just kind of perfect to me. I know it’s a brand new record, but that record is gonna stick with me for the rest of my life, guaranteed. I can’t think of a record that I’ve listened to more than that recently, and especially for a new record. I can tell it’s going to hold up forever.