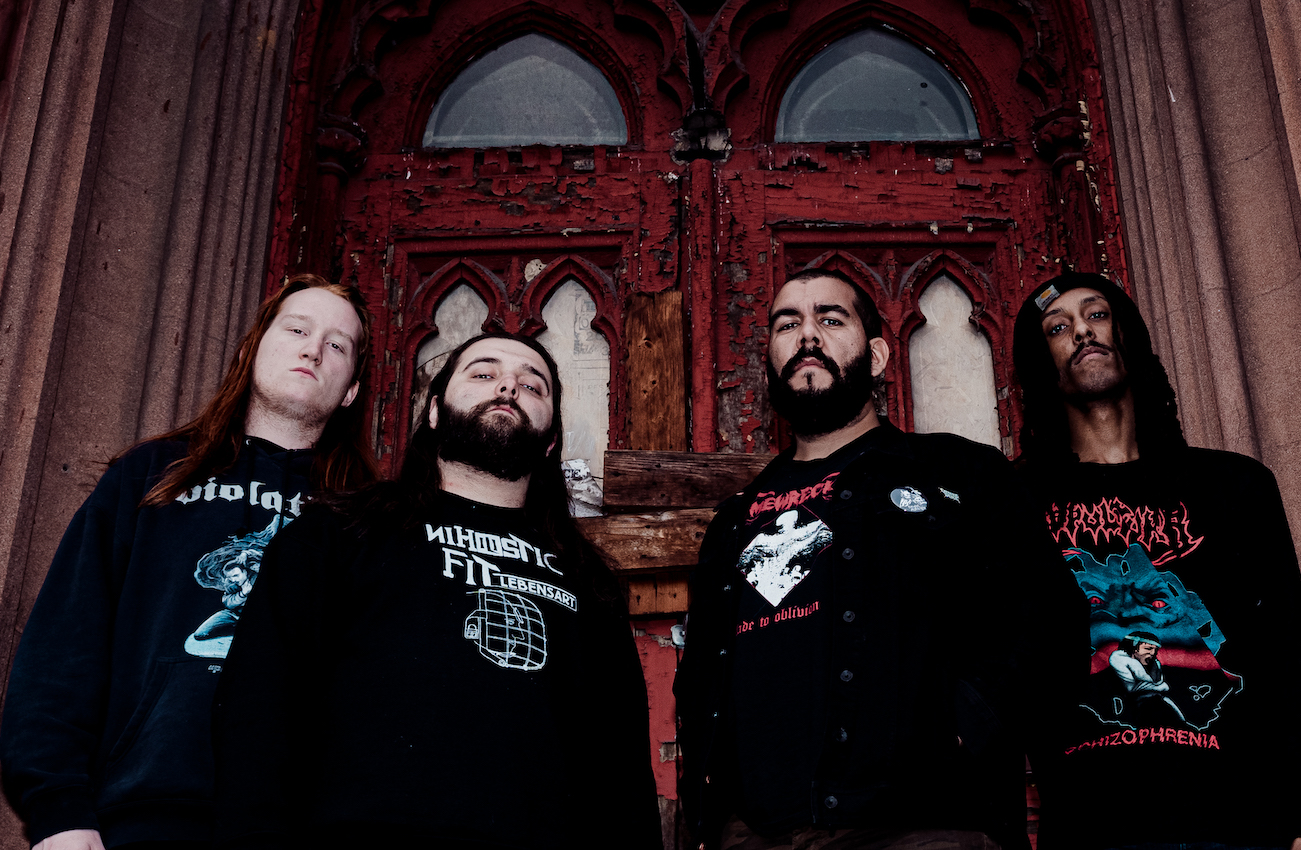 Comfort Food: Creeping Death on the Records They Come Back to Again and Again

Music fans and creators are naturally inquisitive people when it comes to their art — always seeking out how one band pulled off this or spun this other thing in a different way. But music is also catharsis, which is why it’s important to understand an artist’s relationship to certain types of music to help grieve, cope or provide a level of comfort. In the following series, we’ll examine records that are “comfort food” to some of our favorite artists, examine how they came to those records and why.

Creeping Death emerged from the fertile Texas punk/metal scene, mixing crossover fury with touches of death metal and a penchant for fiery live performances. After a series of EPs and singles, the Denton-based crew dropped their debut LP Wretched Illusions on eOne in 2019, drawing comparisons to Texas compatriots Power Trip, the defunct Trap Them and more metal-leaning acts like early Kreator, Sodom and more. In this time of reflection as parts of the country begin the unsteady process of re-opening, we cornered bassist Trey Pemberton to ask about the records that he goes back to repeatedly for inspiration and comfort.  The results of our conversation are below.

How did you come across Title Fight initially?

One of my friends showed me the track “Symmetry” off of The Last Thing You Forget when I was in high school and I was hooked. It had pop-punk catchy parts, but what really drew me to it was the aggressiveness and sense of urgency the song had. It definitely scratched an itch 16-17 year-old me had, while also leading me towards newer music that, in my humble opinion, was much better than the slightly similar bands I was listening to previously around that age.

So Floral Green came out in 2012 at the beginning of my 2nd year of college. I remember one of my homies I knew from going to shows posted on twitter that the album was amazing like two weeks before its release. He ended up sending me the mediafire link which I immediately downloaded after class that morning. I put my headphones in with the intention of doing homework while I listened, but I loved it so much that it was all I could focus on. I just laid there on the couch listening to the album front to back until one of my roommates at the time came home, where we then proceeded to listen to it beginning to end on actual speakers.

This record always transports me back to that comforting time in my life, not that my life has gotten worse. I’d actually say, pandemic aside, my life has drastically improved since 2012. But there’s something about the scope of my problems being on a much smaller scale as well as knowing how much fun I had back in those days that makes this album so special to me. To me it’s a timeless classic and Creeping Death listens to it beginning to end on every tour, so it not only reminds me of my times in college but it also reminds me of touring the country with my best friends.

In 2012 I would’ve told you “Leaf” because it really resonated with me as a 19-year-old college student not knowing what I wanted to do in my life. Now I’ve kinda settled in to what I want to do which is play music, so I think in 2020 the song “Lefty” would be my favorite. I love the drums on the song and the melodies and chord progressions are beautiful.

Did you catch the band before they went on hiatus? Thoughts on the live show?

Luckily I’ve been able to see Title Fight a handful of times. Once with Power Trip at Club Dada in Dallas, once with Cruel Hand and Balance and Composure at the Door (RIP), and once at a SXSW, and Migos went on right after. All 3 shows are probably some of the best shows I’ve ever been to to this day.

My mom is a huge Prince fan and would play this around me as a baby all the time. It takes me back, as far back as I can possibly remember. Whether it was jamming in the car or waking up to it on a Sunday morning knowing it was time to clean the house, it’s always been in my life. Prince is one of the greatest artists in human history in my opinion, and this album is immortal because Prince is immortal. I think his mark on music will be felt for many generations since his passing.

That’s so hard because every track is a banger, but I think I’m partial to “Let’s Go Crazy” because I love that guitar solo in it.

How does the film enhance your enjoyment of this record?

It’s hard to enhance something you already love an insane amount! But the movie is incredible and if you haven’t seen it you’re doing yourself a great disservice.

How did you come across this band initially?

During my initial jump down the death metal rabbit hole, one of my good friends who was definitely more of a metal head played them for me at his apartment. We’d been talking about some of the bands I’d been getting into coming from a more hardcore background at the time. “Oh you like that kind of death metal? You’ll love this,” and he proceeded to play the title track off of Come Death. The riff that comes in in the middle of the song hit me like a freight train and immediately I knew I wanted to play that style. All of their albums are fantastic, but the nostalgia factor brings me back to Come Death every time because it was my introduction into what would eventually be my favorite death metal band.

Their riffs are immortal, every song in their discography pretty much has a riff that makes you go “ooooooo” and make that face. You know the one.

Favorite track is “Come Death,” but the song “No New Beginning” is definitely up there for me as well.