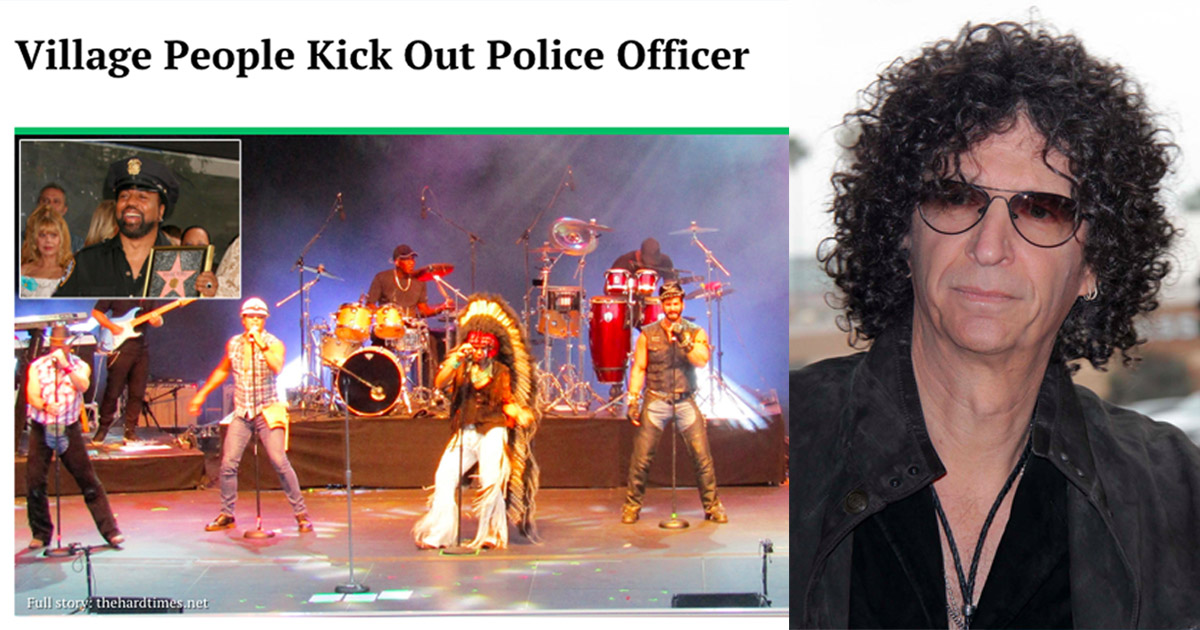 With news headlines and social media feeds dominated by coverage of police brutality at Black Lives Matter protests, it’s natural that satire sites are taking more frequent aim at the police (especially when the real headlines sometimes feel so far removed from what people are seeing on the ground). The Onion and Reductress have had more than a few bangers, with our sister site The Hard Times living up to its name by going extra hard against cops — so hard that a deadly serious feud is brewing between the satire site and arm-spelling disco group The Village People.

On June 7th, The Hard Times ran the (and I apparently do have to stress this) fake story “Village People Kick Out Police Officer” by Patrick Crooks. The same day, Hard Times founder Matt Saincome was contacted by someone claiming to be the PR rep for the Village People, demanding the “completely false story” be deleted and informing him nobody “can kick the cop out [of] Village People because he’s an owner of Village People.” Good for him!

After Village People’s PR threatened legal action, Matt had no choice but to respond aggressively, vowing to never remove the article and warning them, “You will rue the day you began this lifelong blood feud.” But as you’ll hear in the audio clip shared below, it gets weirder.

Toward the end of Howard Stern’s show yesterday, co-host Robin Quivers asks, “Did you know that the Village People fired the police officer?”

Robin goes on to describe the completely fabricated situation in more detail, claiming the cop character was kicked out “because of the George Floyd incident” and adding that he offered to change his outfit, but “they said ‘no no no, you have too much association with the police department.'”

Howard Stern really did not like this. After absorbing the 100% untrue information, he responds (emphasis mine) “I don’t like that. I don’t know that much about it, but it’s wrong.”

The two go back and forth about this nonexistent outrageous incident for a few minutes before a staffer enters the room to tell them, “I’m pretty sure the story is fake…it’s from a satirical news website.” In Robin’s defense, she “just saw it there hanging out with the rest of the news.”

Side-note: if anybody has evidence of The Hard Times hanging out with the rest of the news, please contact them, because that’s a serious accusation of some poser shit and I’m sure they’d be happy to add Howard Stern to the list of ongoing feuds, along with The Village People and the entirety of ska music.

Anyway, while it’s hilarious and absurd that two radio veterans would fall for a clearly fake headline this easily, proving that 2020 is the year the line between satire and reality has fully dissolved, I haven’t gotten to the sadddest part — the way this staffer whose crack investigative skills led him to discover the story credits it:

Okay, sure, but it looks like The Onion if The Onion spent a few rough years in a punk squat and had multiple infections from stick-and-pokes gone awry. Show some respect.