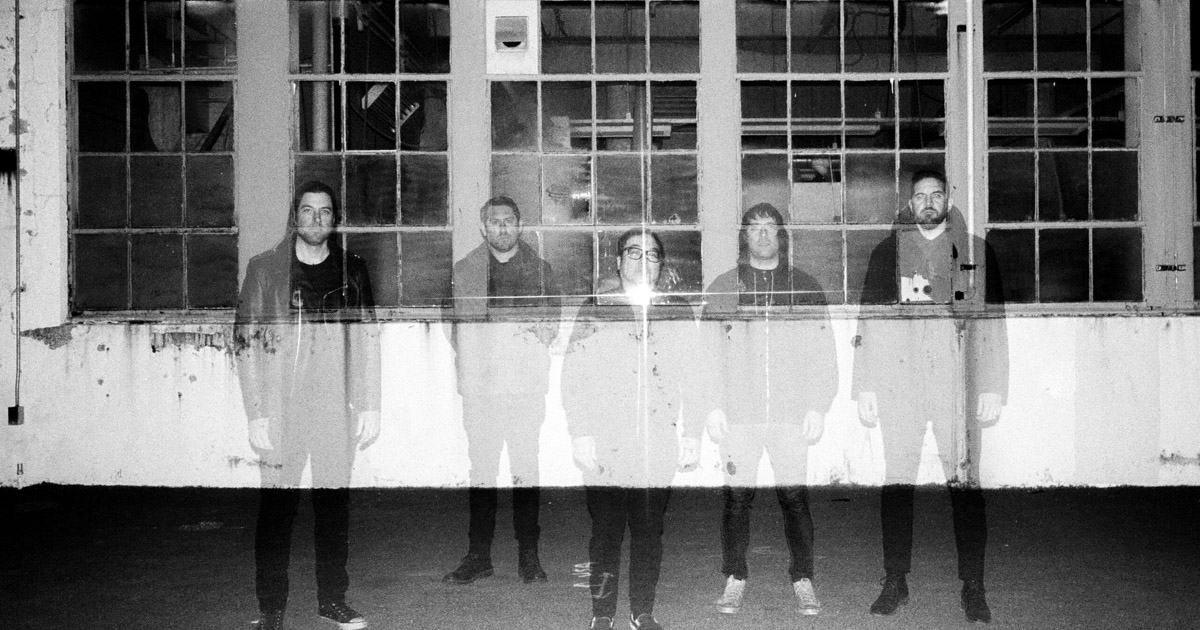 We just finished recording our third full-length, Frail Bray, with Jack Shirley at Atomic Garden in Oakland. Some of us like being in the studio. I do not. It’s a magnifying glass for everything I can’t do. But, this time around…I did. Part of it has to do with realizing what a gift music is and how lucky we are to be doing this, but a big part of it was working with Jack.

For myself, everything about music is “feeling” (vs. technical skill) and this felt right. Instantly talking to Jack, I could sense he was hyper-professional but also knew and deeply understood “our world” and the music we love and want to be. I’m a pretty anxious, structured, “pinched” person and within five seconds, I could tell that Jack likes to run a tight ship, and therefore, I was into it. His studio is beautiful, his approach efficient. Most importantly, I could sense that he “enjoyed” recording music. He’s a fan of his profession, and therefore the output is completely authentic. As a producer, you are not only a technician, you are a band’s psychologist. At one difficult moment, Jack stopped us and said, “Look, everything is always going to be ok, forever.” It was very simple, but very powerful and helped us feel confident about moving forward. I would recommend any band record with him.

Jason Hall: What are 2–3 things every band should do before coming into the studio that will benefit everyone?

Jack Shirley: Servicing gear is a big one. At the bare minimum, changing strings and changing drumheads, but getting further is even better: new tubes for amps that haven’t been serviced, set ups for guitars, etc. And doing all that stuff before you get to the studio. It can really slow things down when it’s time to mic up the drums, but all the heads need to be changed and then stretched.

Demoing is another important step. Even if it’s just recording band practice on your phone, hearing the songs back is valuable. Going to a studio and just banging out the record in half a day as a live set is even better.

Obviously, practicing and knowing all the parts is really important, but you’d be surprised how often that doesn’t happen before a band hits the studio.

JH: What makes you different from other producers?

JS: I suppose my drive to keep things as organic as possible really influences my approach. In the end, I will do whatever the band wants, but initially I’m really trying to sell my own personal process. Whether that’s going 100% analog, having the band all record in the same room without any separation, or removing a click track from the scenario.

JH: What did you learn or remember most about recording with…

JS: Deafheaven taught me that it doesn’t matter how long or complicated your song is — you can still record it live and organic and get good results.

Jeff Rosenstock taught me that you shouldn’t do anything just because you think you’re supposed to. Tradition and convention may not apply to you, and that’s an important thing to know in the moment.

King Woman taught me not to doubt someone’s process. What might seem chaotic can often turn out well-organized and beautiful. When Kristina is in the booth, all sorts of magic happens.

Gouge Away taught me that making a modern record without a computer is still a viable option. Whenever possible, this is my preferred way to work, but it’s certainly not for everyone.

Western Addiction taught me that I should not give up trying to make bands record like bands: All together, feeding off of each other, just like a live set. Hyper production is not the voice of punk rock.

JH: How does playing in a band help you with producing?

JS: You understand what everyone in the room is going through. As performers, and as songwriters. You can offer insight from a place of experience, not just speculation.

JH: What is a recent trend in recording that you like/dislike?

JS: I’m not sure if I am aware enough of any trends in recording to comment, but it feels like some folks are getting further away from some of the embarrassing 2000s trends of heavy vocal pitch correction, drum sample replacement, 808 drops in rock music, etc.

JH: How has being nominated for a Grammy changed your life?

ICYMI Jack Shirley got nominated for a fucking Grammy