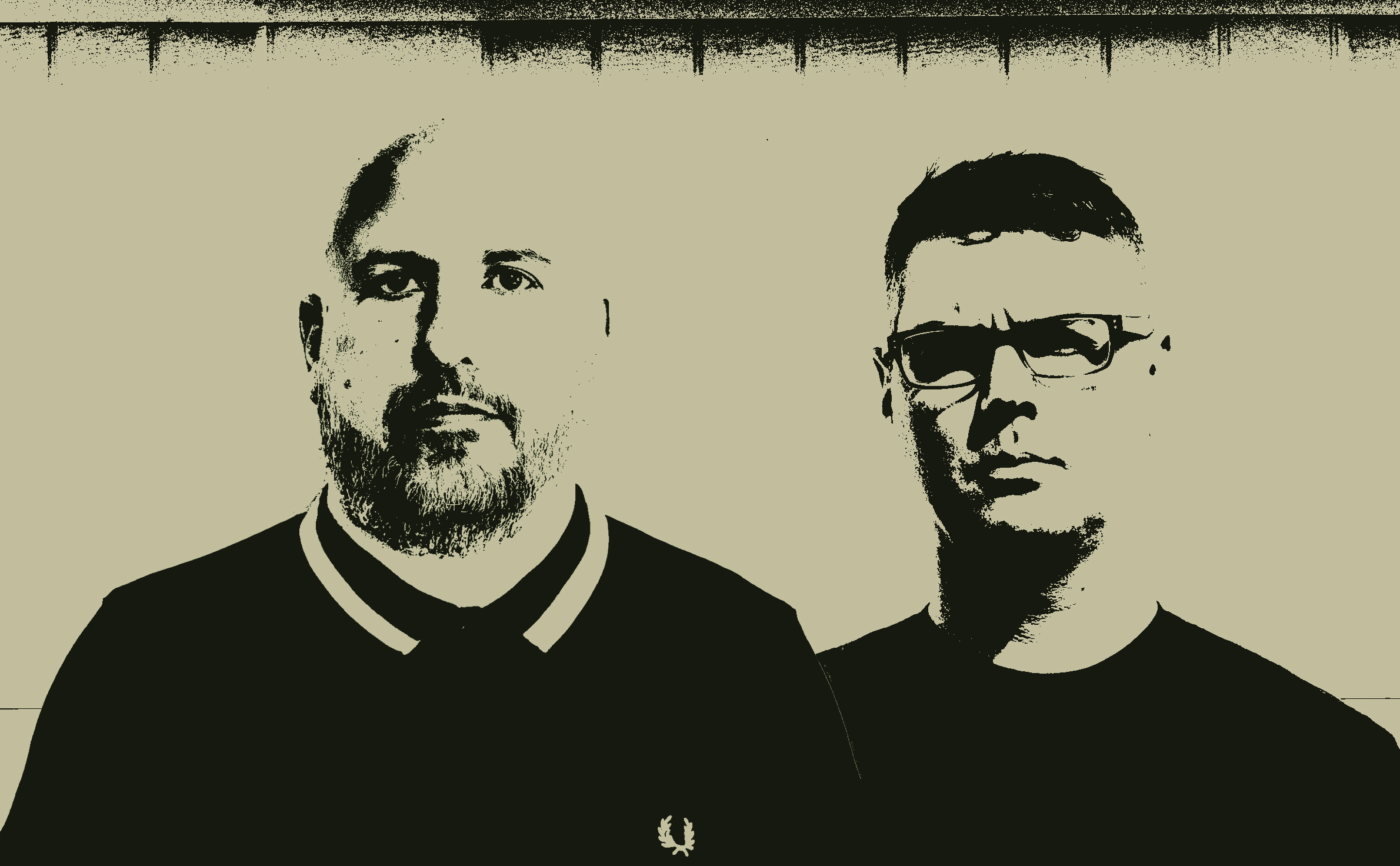 Rob Fish on Fighting Systemic Racism, 108 and New EP with Every Scar Has a Story

While every day in 2020 seems to bring about another set of bad news, it’s good to hear something positive for once. Resurrection / 108 / The Judas Factor frontman Rob Fish has spent some of the quarantine working on a new project with guitarist Tom Schlatter (You and I, Hundreds of AU). The three song self-titled EP by Every Scar Has a Story came out June 18th on Equal Vision Records, and while rooted in hardcore punk, is somewhat of a departure for Fish —leaning on  classic screamo influences, hardcore and more for its dramatic and muscular approach.

With the new EP on deck, we asked Fish about the creation of the new project, its seemingly prescient lyrics and staying creative during the pandemic, the results of which are below.

How did your relationship with Tom Schlatter start and how did it progress into the idea that you wanted to do something together?

We met at a show. I want to say probably ten years ago, 108 was playing in Brooklyn and his band Black Kites ended up playing on one of the shows. During the course of the show, I met Tom and his wife and we just talked a bunch and he seemed like a really good guy.

Over the next couple of years, we played together a few more times. At one point, he sent me a demo of four songs that he wrote to see if I wanted to do a project together. I thought the songs were amazing, but I just personally wasn’t really in a place where I was inspired to write or do anything. So, we just kept in touch. I always remembered that the demo he sent over — I really, really liked it and I started to follow him and watch the different projects he was doing.

Sometime in mid-March, he posted a short sample of something he was doing, and I listened to it. It was really cool and was different than anything I had done before, so I shot him a note and said “Hey, if you don’t have anybody to work on this with you, I’d love to do it.” And that’s kind of how things came together — through the age of social media.

Some of the lyrics and ideas on here are very topical to quarantine, but one that jumps out to me the most is “Price of Admission,” which sounds like it was written in response to George Floyd or Ahmaud Arbery. Was it written in reaction to one of these events?

George Floyd had not been murdered when I wrote the lyrics but obviously these different issues have been around — police brutality and racial injustice. I think the lyrics are kind of a combination of that dynamic and COVID-19 and just how, from a political and even a social standpoint, everybody is kind of leveraging what is going on to try to promote how they think about the world. That promoted the song.

As a white male, discussions around race or sexism can feel completely overblown because it’s never been something that’s impacted your life. Essentially, it is easy to view the world through our own experiences, but if we want to see a better world we have to see the world through the eyes, experiences, and history of others. I’ve had instances throughout my life where I’ve seen, in painfully obvious terms, what systemic racism is and what systemic sexism is. Especially in recent years, we’ve seen how everything can be politicized without addressing the heart of the issue(s) we face as a society.

I grew up in a world where my parents and my family needed social assistance at times. If those things didn’t exist, I don’t know what my life would have been like. Later on in life, I’ve been able to build a successful career. I grew up needing a safety net at times, whether it was food stamps or public assistance, and though I might not need that anymore, I understand that many people in the world do. I don’t allow my current reality to shape how I look at the world. That isn’t to say that I don’t encounter situations where my ideals and reality haven’t collided, because there absolutely have been instances of that and will continue to be. It’s that idea that you can’t always think about yourself. You have to spend time understanding how the different things that you do or don’t do impacts the world around you and be willing to admit and correct faults as well as do things for the greater good of others and not just look at things in terms of how it impacts your life.

A lot of creatives are struggling with the balance between being able to take advantage of free time by doing something creative or positive, and dealing with their own personal emotions, between COVID and the George Floyd situation. How have you been able to manage that? What do you think is the key to being centered during a time like this?

I kind of referenced it earlier. Five or six years ago, when Tom gave me this amazing demo, I just wasn’t in the headspace or inspired to write. That’s because for me, when things are going really well, I don’t really write. Writing and music has always been my way of navigating through trauma or difficulties. It’s how I deal with the stress of what I’m experiencing, what I’m seeing in the world. So I think without those things, I probably wouldn’t have written the record and recorded anything because I think what gets me to write and want to express something is when things have gone sideways. I’m not a songwriter — I don’t sit at home with a guitar and write songs. For me, writing music is a reaction to things I need to navigate.

We’re clearly far out from this, but is the plan to gig off of these songs?

Yeah. I mean, that’s absolutely what we’re going to do. We actually have a weekend of shows scheduled for November with friends in Bitter Branches and Be Well. Whether or not they can happen, I guess we will see over the next few months. But we absolutely plan to play and continue to work on new music.

Not at all. Typically, I’ll listen to a song and if it evokes an emotion and a thought, then I just write off of that. I probably should do a better job of writing and thinking “how am I going to pull this off live?” but to this day I still haven’t approached it that way. That said, in this circumstance I recorded the vocals in my office, no sound engineer and pretty much live using two tracks. So it probably made me be a little bit more cognizant of what it would be like to play it live. But no, I don’t think that way although it probably would be helpful for me to do that sometimes.

Throughout your career, you’ve always had a forward looking slant or a political slant to some degree. What do you attribute that to?

I am not someone who kind of sets out to write songs about a specific subject. When I do touch on politics, I do so in a way that reflects my personal experiences. There’s way smarter, more articulate and artistic people that can write a political record. However, I live in a world where politics matter and where they impact our lives in a very real way, so that will be reflected in the songs I write.

As far as bands that were most impactful to me with respect to politics and expression of politics, Black Flag was definitely one of them in terms of expressing the personal side of politics in everyday life, but the Dead Kennedys are incredibly important to me. The words and many of the records that I loved as a kid have hit me in a very real way as an adult because it’s no longer theoretical to me. My life experiences and what is happening around me makes those records more powerful to me today than when I discovered them at 13.

I think it’s interesting when bands are like, “Oh, we don’t like to be political.” I don’t know what that means. Politics play a role in everything — our upbringing and the society in which we live, work, and exist. So I think it’s hard to not be political to an extent, but I’ve never sat down and went, “Hey, I want to write a song about this political issue.”

Every Scar Has a Story released their debut three song EP on June 18th and you have said that proceeds from the release will be given to a select few charities. Can you discuss that?

As a band, we are thankful to have grown up in a scene that is rooted in progressive politics and we want to seize this moment to stand in solidarity with the Black Lives Matter movement in a way that addresses systemic aspects of racial injustice in the US. We want to use our art, music, and energy as a way to raise money and awareness for organizations doing that type of work. With that in mind, we will be contributing the proceeds from our record and merch sales to two organizations.

The Bail Project is an organization that is working on critical tools to prevent incarceration and combat racial and economic disparities in the bail system. The second is the Brennan Center for Justice who conduct research to identify problems and provide in-depth empirical findings and analyses on pressing legal and policy issues that unfairly impact minority communities.

Both of these organizations are important because one of the areas I find most alarming with respect to systemic racism is how disenfranchisement works, which disproportionately impacts minority communities. Restricting someone’s ability to secure and develop work that can sustain a person and their family, their ability to vote, and other issues core to our democracy is unacceptable to me. So both of those organizations really spoke to me in areas in which we would like to contribute.