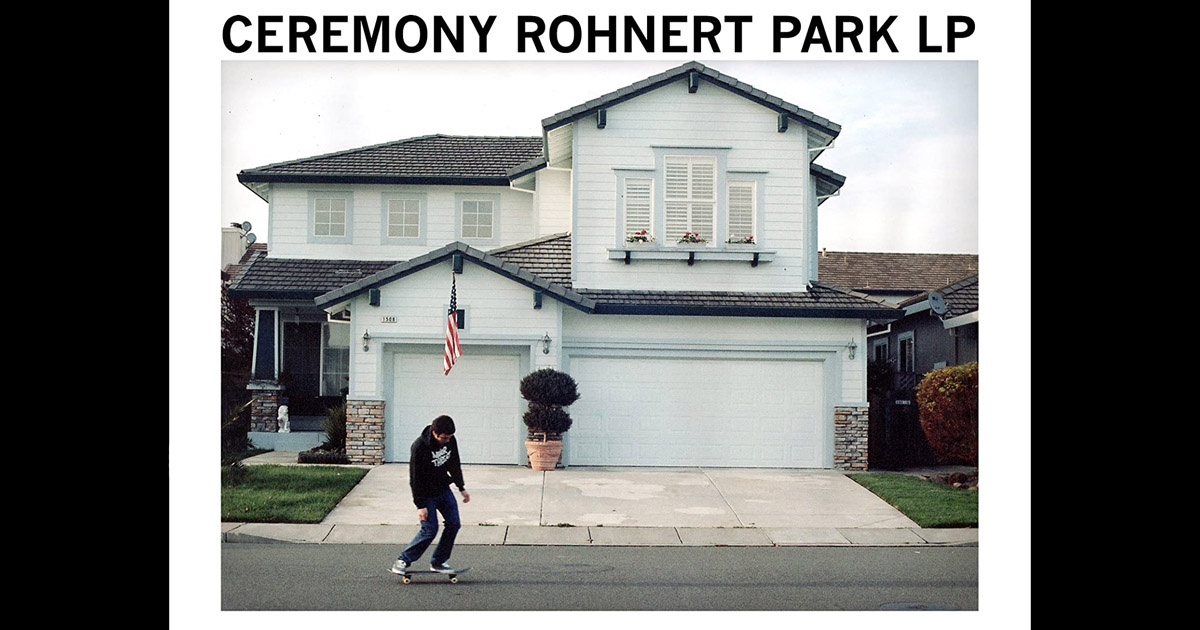 Bay Area hardcore crew Ceremony proved themselves early on with 2006’s Violence, Violence and 2008’s Still Nothing Moves You. They proved that they were weird; that they can churn out brief, savory flashes of punk-infused hardcore; that they can put out a record with 20 songs that’s not boring for a second; that they’re a bit psychotic.

From then on, the punk energy is on full blast. “M.C.D.F.” and “Moving Principle” move at fast paces, packed with catchy guitar solos, Farrar’s pissed-off yells, unique hooks, and irresistible rhythms. “Open Head” stands out amongst these incendiary tracks, following an eccentric story: “I used to know this kid always sitting on the side / Nobody spoke with him, they thought him rather odd / He had reptile skin / He lived a weird life / He smoked his cigarettes / He lived on paperbacks.” The song — a little longer than two minutes — explodes into a ridiculously infectious chanting of “Open my head / Open head!” No other song quite sounds like this one; Ceremony catch lightning in a bottle, inexplicably and perfectly.

“The Doldrums (Friendly City)” sums up why the album is titled after the band’s hometown. Modern day suburbia is encapsulated in this punk’s inner monologue: “Where nothing ever happens / No one’s ever late / Why? Tell me why? / The dullness is filling me / I have to get away / Get this complacency out of me.” No yells, no loud breakouts, and no change of pace — the grayness is enveloping. Against all of the punk and post-hardcore spurts, this track makes the album richer and all the more complicated.

It is this boredom in suburbia that leads to the chaos in “Terminal Addiction.” In this track, the punks find ways to make reality less dull — “alcohol, cocaine and demerol / Caffeine, nicotine, vicodin, heroin…” The tribulations of suburbia run through this record — however subtle or obvious — and the ways that Ceremony reckon with and express them are unpredictable and unmatched. The whole record is restless, yet it’s this restlessness that inspired Ceremony to be inventive and interesting. From boredom, frustration, and depression, Rohnert Park was born, and it was worth all the trouble.

Ceremony’s The L-Shaped Man: The Demo Recordings now available on Bandcamp. 100% of profits from sales go to the Marsha P. Johnson Institute.