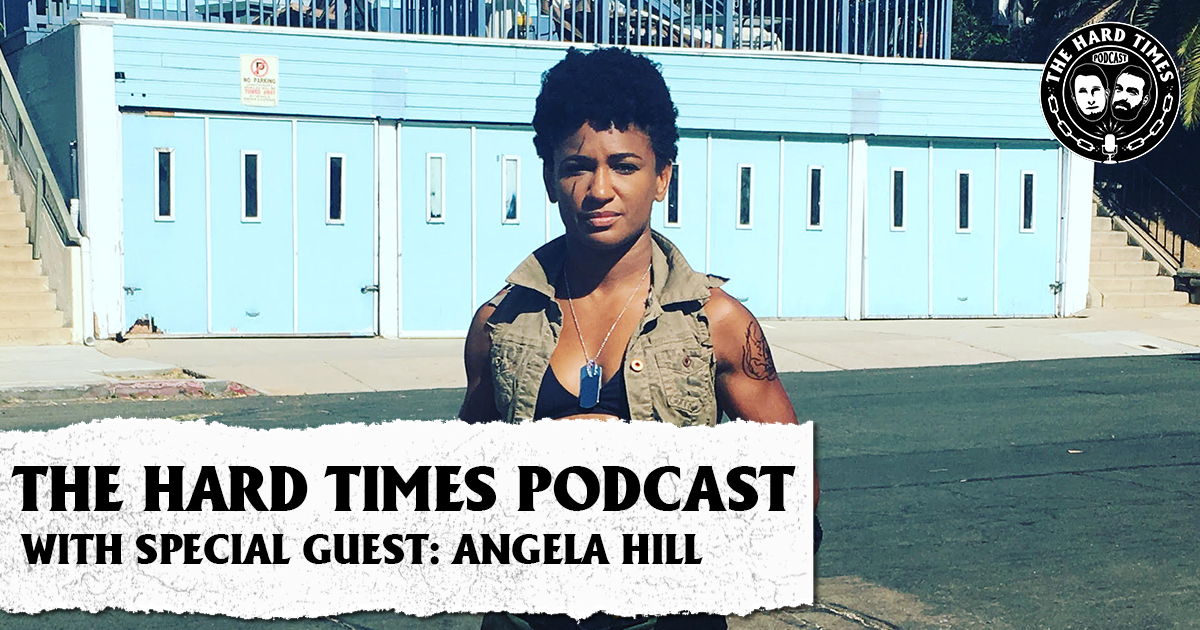 Angela Hill is many things. An artist, cosplayer, illustrator, undefeated kickboxer, mixed martial arts star, and the first Black woman in the UFC. As Matt puts it in this week’s episode, she’s the most badass art kid to walk the UFC grounds.

But her icebreaker (before she got into the UFC) was a family story about aliens. Her grandparents Barney and Betty Hill were involved in one of the first and most well-known cases of alien abduction.

“They were driving and they lost time,” she tells Matt and Bill. “They got abducted and they didn’t remember what had happened, but they started having similar nightmares. And they ended up getting hypnotized, which was big back then, to recall what happened during those 6 or 7 hours. And it turns out they had identical stories of seeing a light in the sky and a spaceship dropping down in front of them stopping the car, pulling them out of the car and performing all these experiments on them, and putting them back in. So yeah, they got Men in Black-ed.”

“When I was in art school I did a whole documentary about it. I went to Philly where all my dad’s family is and talked to all the close relatives about my grandfather. They kind of recall when it happened, they all believe it.”

“My other grandmother’s the only one who’s like ‘Him and that witch are crazy,’” she laughs.

To hear more about Angela’s UFC tryouts, her awesome list of rejected walk out songs, and why art students should fight each other more, check out her full episode of the Hard Times Podcast.