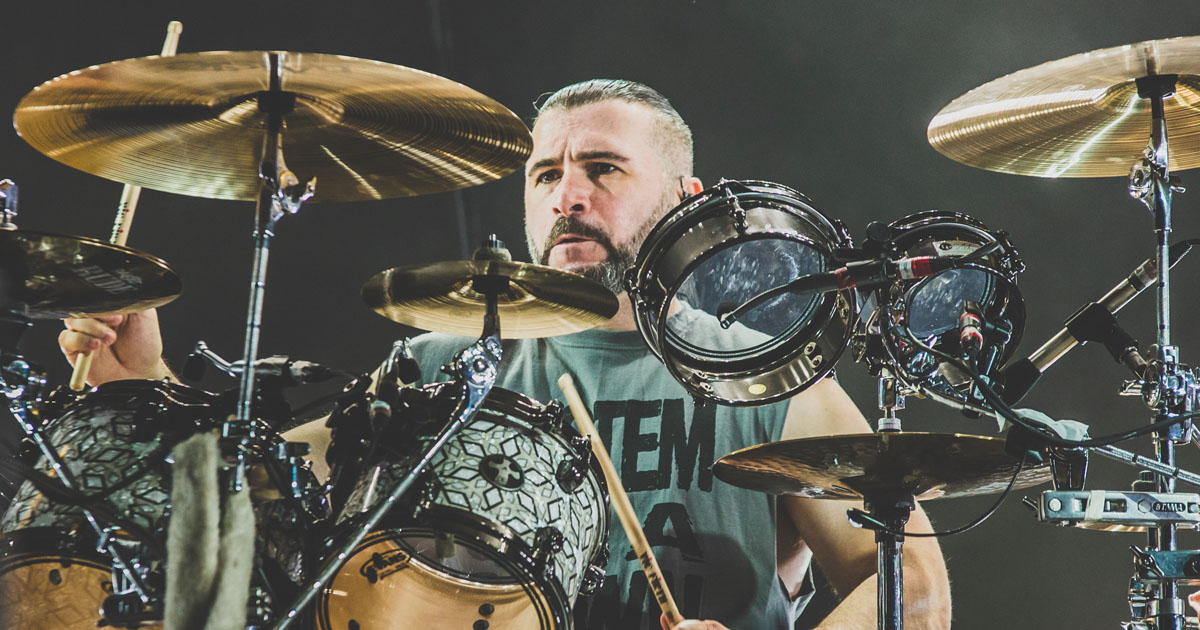 Need to lob a sick burn at John Dolmayan? Use these System of a Down lyrics

The toxicity of System of a Down is at an all-time high. Tension is rising as drummer John Dolmayan and singer Serj Tankian are sparring over social media.

The back-and-forth between Dolmayan and Tankian started in early June, amongst nationwide protests in response to the murder of George Floyd and police brutality. In an Instagram post, Tankian called for President Donald Trump’s resignation. Dolmayan posted that the movement to defund police is “the stupidest thing,” and how Trump is “the greatest friend to minorities.”

In the weeks since, Tankian has called Dolmayan a hypocrite for supporting Trump because the drummer plays in System of a Down. Dolmayan retorted by calling liberals “cowards.” Some fans want Dolmayan fired, and last week Tankian asked fans to respect the drummer, who Tankian considers a brother despite their differing political points of view.

As much as this band’s last 15+ years of non-existence has been full of drama, this latest string of what-the-fuckery is as stupid as Dolmayan peddling coronavirus conspiracy theories in April.

Instead of writing a think-piece on the subversive nature of SOAD, here are 20 lyrics from the band’s catalog that can also be used as sick burns towards Dolmayan. We all know he hasn’t been paying attention to them, anyway.