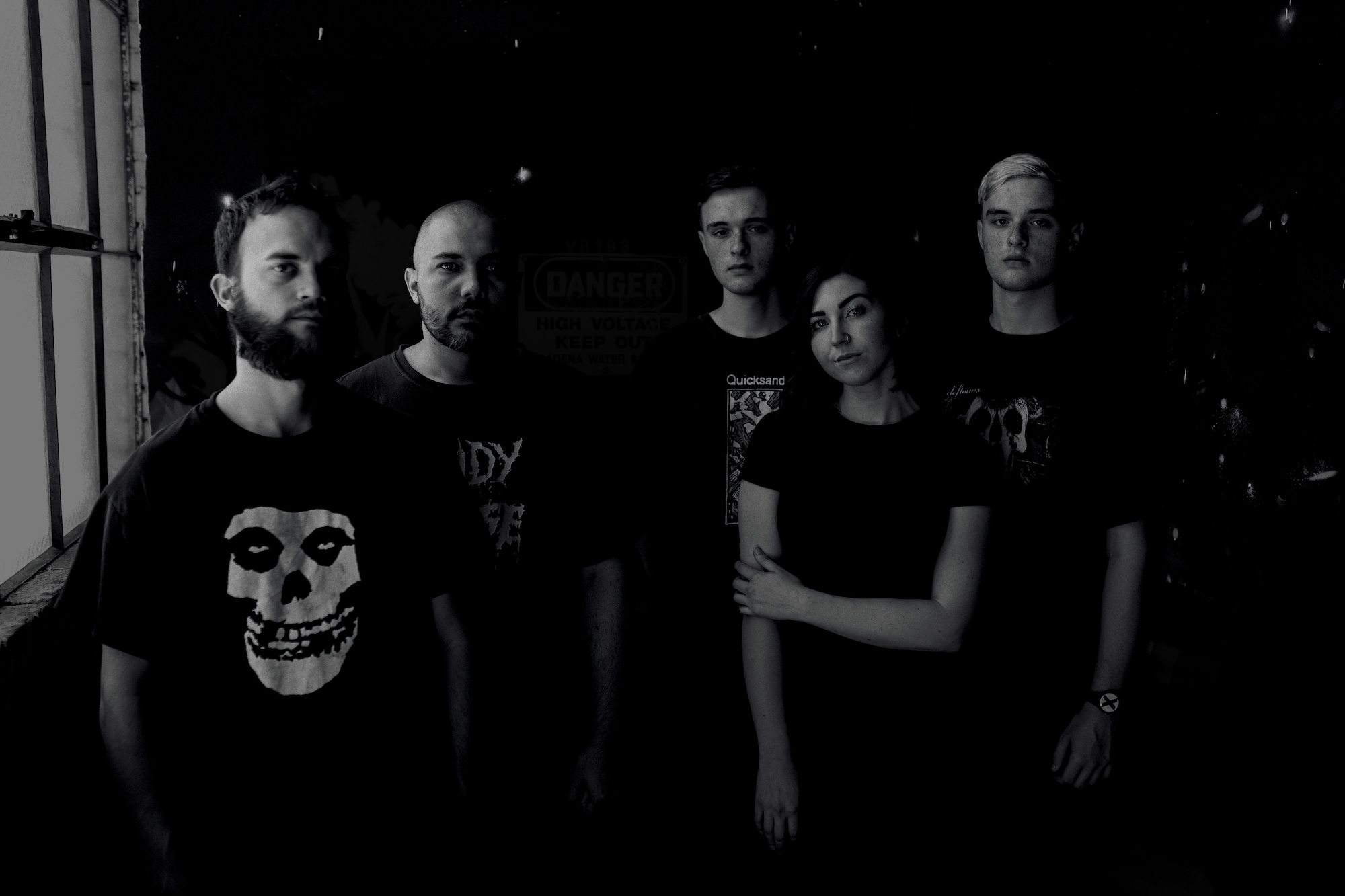 Year of the Knife on their Kurt Ballou-Produced Debut, COVID-19, Politics in Hardcore

It’s almost hard to believe that Year of the Knife is only readying their debut LP now.

The Delaware-based hardcore crew, formed more than five years ago, is made up of vocalist Tyler Mullen, twin brothers Aaron and Andrew Kisielewski on guitar and drums, and husband and wife Brandon and Madison Watkins on guitar and bass. Though they have functionally only released a trio of EPs, they seem omnipresent on the national hardcore scene, playing full US dates with Terror and Counterparts, appearing at renowned hardcore festivals around the world and even scheduling dates with Code Orange as part of a full US tour that was cancelled due to COVID-19. The reason is clear — YOTK’s brand of brutal hardcore takes relatively obvious influences from hardcore, death metal and more, spinning those ideas in a wholly new way. Nowhere is this more evident than on the band’s debut effort Internal Incarceration, due on August 7th via Pure Noise Records.

With that said, we cornered Tyler Mullen and Madison Watkins to check in on the new LP, working with Kurt Ballou on its recording, and life during a pandemic. The results of our conversation are below.

How did your approach differ for the LP versus your previously recorded material?

Tyler Mullen: We definitely wanted to progress as a band and try some new things, while going harder and faster — more visceral. We wrote a lot more songs and they all came out pretty great, but I don’t think we ever really had a specific plan outside of writing and watching it blossom into something.

What is the way that songs get baked in your camp?

TM: Maddie [Watkins] said this a while ago and it feels appropriate here, but initially it was Brandon and I that would kind of create the stock of a soup. The rest of the band throw in the ingredients to make the gumbo. That said, lately it’s been songwriting as a band and then I’ll come in last and put lyrics over it.

Madison Watkins: I think our writing process changed quite a bit. It’s grown into where Brandon would start something off and either have like a few riffs down or have like a full song down and present it as “here’s the bones of it, let’s build from here.” It’s been the collaborative to an extent. I also think it’s interesting cause Tyler has a background as a drummer, so he and Andy can bounce ideas off each other from the perspective of drummer.

Do you ever write your vocals in like patterns as a drummer?

TM: 100 percent, when you’ve played percussion your whole life — whatever Andy does on drums, I’ll do something to like match the snare hits or like match the guitar riffs or create harmonized things to complement it. And from there, we’ll dive in even further.

You mentioned “going harder” on this record. What does that mean as far as the riffs and the influences?

TM: We keep it traditionally hardcore in some of the fast parts, but there are a lot of us that are really into death metal, especially Brandon. Crazy death metal riffs, like Cannibal Corpse-esque. We’ve never really been a band to do predictable breakdowns.

MW: I don’t think there were any points that it was like “hey, let’s use this Slayer-style riff” or do this specific thing. It was more just about keeping it heavy and fast. How do we incorporate those ideas and keep it interesting through the record? How do we use our influences and create something new?

As far as Kurt Ballou, did you go in there trusting his ideas about who you guys were as a band? How did that dynamic work?

TM: He was great to work with because before we went into the studio, we were practicing three, sometimes four times a week. Just really, really beating the songs into our head. So once we got to Kurt, he asked us if we were open to being produced and taking suggestions. We respect him as a musician and a producer, so we welcomed any feedback he might have. And I feel like his direction really pushed the songs even further. He made the record sound so big and atmospheric, which is really difficult sometimes to capture that on recording.

You guys joined bands like Knocked Loose, Terror and others as part of a Black Lives Matter benefit shirt, and though your fans were supportive, it felt like other fans weren’t so much. What are your thoughts on people saying that hardcore should not be political in any way?

TM: It should be completely. Hardcore stems from frustration. I mean, even punk music was totally political. And I do think that a lot of the frustrations from people stem from political problems. And that’s why people flock to hardcore. There’s a message to it.

MW: “Keep politics out of hardcore” is such an ironic statement. You can just tell how far removed the people that say that are from true hardcore fans. Anyone who knows the history would never say that. And what’s worse, they don’t want to hear an opinion that they disagree with. It’s probably someone that is still very new to the scene and are just taking it at face value. But yeah, it was pretty funny to see a statement like that. Pretty strange.

TM: It’s like…what the fuck did I write about if it’s not my opinions and feelings and my environment?

I feel like a lot of creatives are struggling during the pandemic with the fact that there is finally a chunk of time available to dive in on music, yet there’s so much turmoil going on in the world that focusing can be tough. Do you feel like the past few months have been a productive time for you creatively?

MW: So obviously Brandon and I live together, and I feel like he has been a lot more inspired musically, and that inspires me typically. There were a couple of weeks where he would write a song every other day. But I think it kind of comes in bursts of super productive moments, and then nothing. But I think it’s one of those things that like, you can’t force that either way. There are days that are productive and then days that really are not. Sometimes it’s the last thing I’m thinking about, and others it’s the only thing.

So have you been writing lyrics that are related to George Floyd or COVID?

TM: Yes. I started going down roads about police brutality and inequality or the rudiments of slavery that still exist — the prison system, that sort of thing. But also a lot of stuff related to pharmaceuticals, pill pushers, the world around us, but less of the typical “woe is me” stuff.

So once the veil gets lifted, will you be heading out for some extensive touring?

MW: We’re pretty much all on board with that, whenever the green light is there. It’s just a logistical thing at this point — if we could go out and do a full US tour tomorrow, I think we would all be ready to pack up and go. We all want to play these songs live and be back out. It’s just a waiting game.