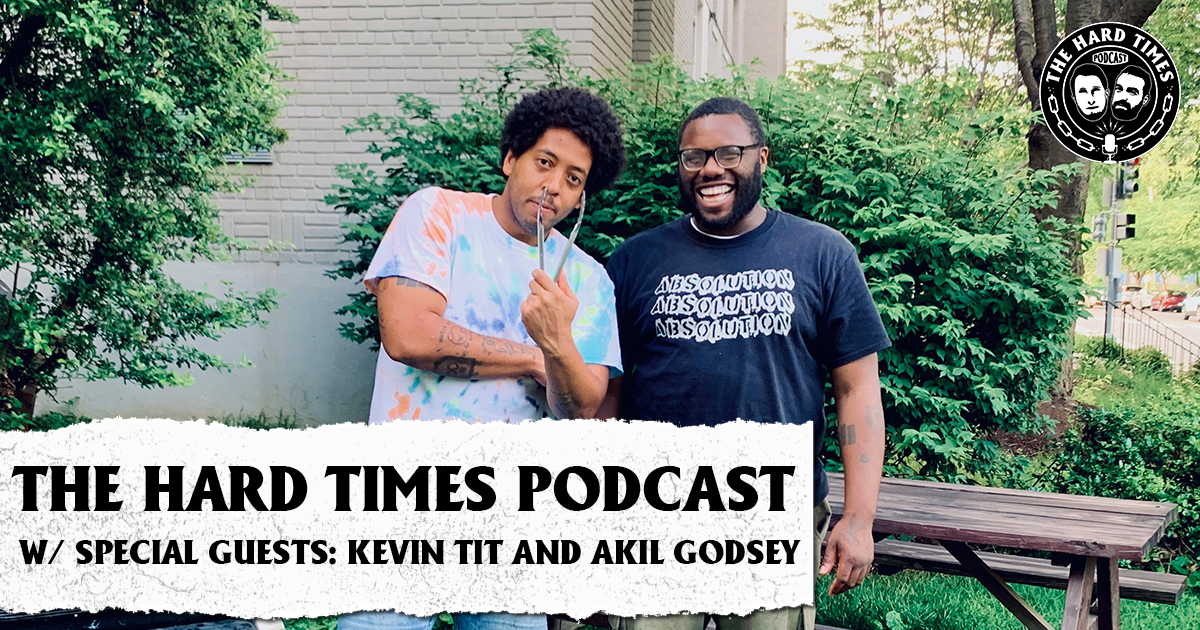 It’s not easy to start a podcast, but one thing Up The Blunx hosts Kevin Tit and Akil Godsey (of Baltimore hardcore band End It) don’t have to worry about is their on-air dynamic. On the latest episode of The Hard Times Podcast, they charm Matt into letting them promote their show however they want. And it’s easy to see why — Kevin’s laid back attitude perfectly matches Akil’s high energy.

“I’m a Black dude, I like hardcore because it’s violent. I like punk because it’s angry. I’m here for violence!” says Akil.

“I’m also a Black dude who likes these musics, but for a whole different reason,” responds Kevin. “But he can have these feelings and I can have mine. No one’s right or wrong.” “I’m probably wrong,” Akil chimes in.

They joke about how Kevin has to end every episode apologizing and distancing himself from his cohost, but that doesn’t stop Akil from cracking joke after joke after joke. It also doesn’t stop Matt from making a public declaration that when Akil and Kevin promote Up The Blunx through The Hard Times Podcast Network, he’s hoping to get “some letters in the mail, some concern about what you guys put up.”

“It rules. That’s all I can say. It’s fun,” says Akil. “I don’t really know what the fucking goal is outside of me and Kevin just being Black and hanging out with white kids for so many years. It’s pretty much just our ‘outside but on the inside’ perspective. Like fingerless gloves are fucking stupid.”