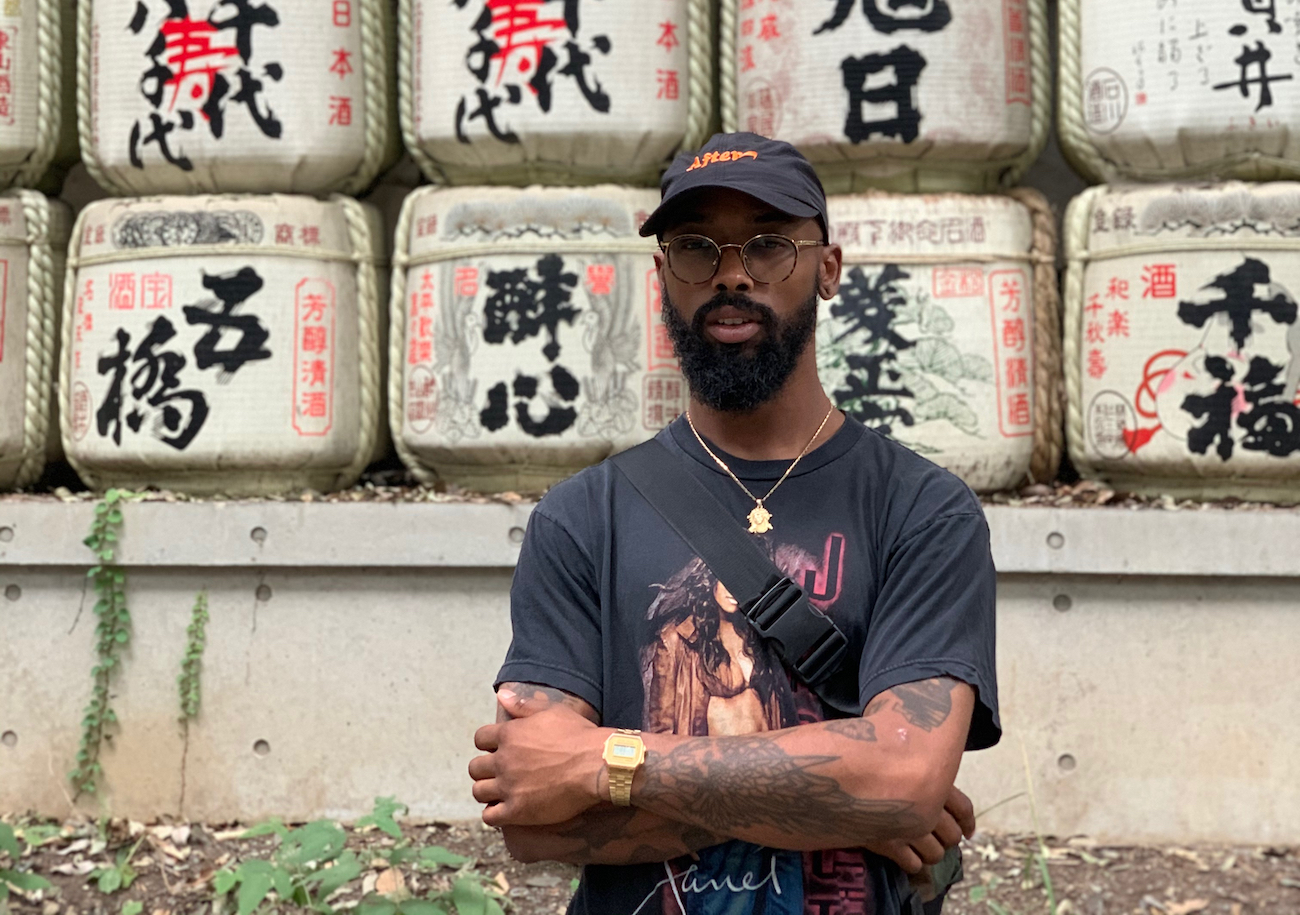 Philadelphia hardcore unit Jesus Piece first burst onto the scene five years ago, making a huge ruckus on the strength of their debut EP and gaining notoriety for their chaotic live presence. Slow and steady wins the race, so in 2018 the band welcomed their debut LP Only Self to rave reviews and even more ravenous fans. US dates followed, but life and frontman Aaron Heard’s activity with Philly-based shoegaze team Nothing slowed their activity on the road. That made the fans even more hungry.

Now a new father and in lockdown in Philadelphia, frontman Aaron Heard and the rest of the team are bubbling up new ideas for another JP LP for release at an undetermined time. We spoke with Heard on the effort, the Black Lives Matter movement, his personal experiences with racism and how fatherhood has shaped his creative outlook.

What’s the latest on Jesus Piece?

AARON HEARD: JP is, as of right now, in the process of writing a new record  — our second LP, and hopefully it will be the end of the world when it comes out. We’ve got some plans for keeping the ball rolling and trying not to lose too much steam with everything going on.

When we put out our first record, JP didn’t tour on it because I was so busy. Two years later, the record is still doing well, but it could have been doing five times better if we were actually touring and doing things on it. So we don’t want to do the second LP unless we can hit the road and start crushing shit. We don’t want the LP to fall by the wayside or get lost in the sauce.

Given the current state of America, are you able to be creative and productive?

In certain aspects, the shit that’s going on and how heavy it gets  — it feels incredibly overwhelming day to day. I kind of have to fight myself to stay motivated, but I feel like because of the nature of the music, this is kind of where we thrive in a sense. There is so much to be fucking pissed off about. People have these pent up feelings and they need something to release it — that’s kind of where we come in.

My problems with writing this new record have been that I haven’t been very angry lately but when all this shit started going on, I got fired the fuck up again. It’s time to use the platform. I have things to do.

Considering the current state of things, I was wondering if you’d be willing to share a moment where you experienced racism in your life?

Sure. I was on tour with Nothing and we were in a suburb of Detroit celebrating Nicky’s (Palermo, of Nothing) at some little Irish bar. We had a few drinks and leave the bar, and I was playing around and jumped up and touched this umbrella outside of the bar, pretending to “dunk” on it. Moments later, this dude flies out of the bar and runs up on me. “Is that your umbrella, bro?” I couldn’t believe it… I was in a great mood, giggly and shit, so it took me a second to really process what was happening. He was freaking out like “Why are you going to hit it like that?” and acting really aggressive.

One of the guys I was with noticed how the guy came at me and tackled him before I could even really understand what the fuck was going on. The next thing I know, six or seven cops rolled out nowhere, guns out. “Get the fuck on the floor!” The dude told the police that I smacked the umbrella and he acted incredibly upset, even though I hadn’t hit it hard at all. So here we are on the ground at gunpoint, just having a good time for our friend’s birthday and getting harassed for doing nothing. Nothing really happened in the end, but I was genuinely so sad afterwards, thinking that “I could have really just been shot by the police for nothing.”

Jesus Piece was recently part of a Black Lives Matter collaborative shirt, but it seems like some fans of some of the other bands were not happy about it. What are your thoughts on that?

A bizarro group of people found our music and are just numbskulls. How the hell did you get into this music not realizing that this is like counterculture? I think that concept of keeping politics out of hardcore is complete dog shit. If you feel that politics should stay out of hardcore, you’re around for the wrong reasons, and probably a little racist on the inside. It isn’t so much of a political thing  — this is a humanitarian crisis.

I’ve never understood how taboo and bizarre what’s going on in America really is until I went to Europe and we played one of those festivals. There was a tent playing 13th, like mini theater. I’ve watched 13th countless times at this point, but a lot of people don’t know about it. And what didn’t click with me at that moment in time was, I mean, fucking Europe and they’re playing 13th at a music festival. In the US, all the black people fucking live this shit but this is a new concept to Europeans. I sat down to watch a little bit and a lot of people came and were asking “Hey, is this true? Is this is really going on in America?” The look of horror on their faces made me realize how much this shit is downplayed over here. With everything going on now, the information is finally there for everyone to see. The videos are available of black people getting murdered by police and doing all kinds of shit.

You recently became a father. How do you think that’s changed you, musically? How will it manifest on the new Jesus Piece LP?

I do feel like I’m a softer guy in some aspects, like I’m not going to be a reckless dickhead. Now I have to think about every fucking move. This is going to make me write a better record because I can’t fuck up, man. I can’t write no bullshit I got to put on for my baby.