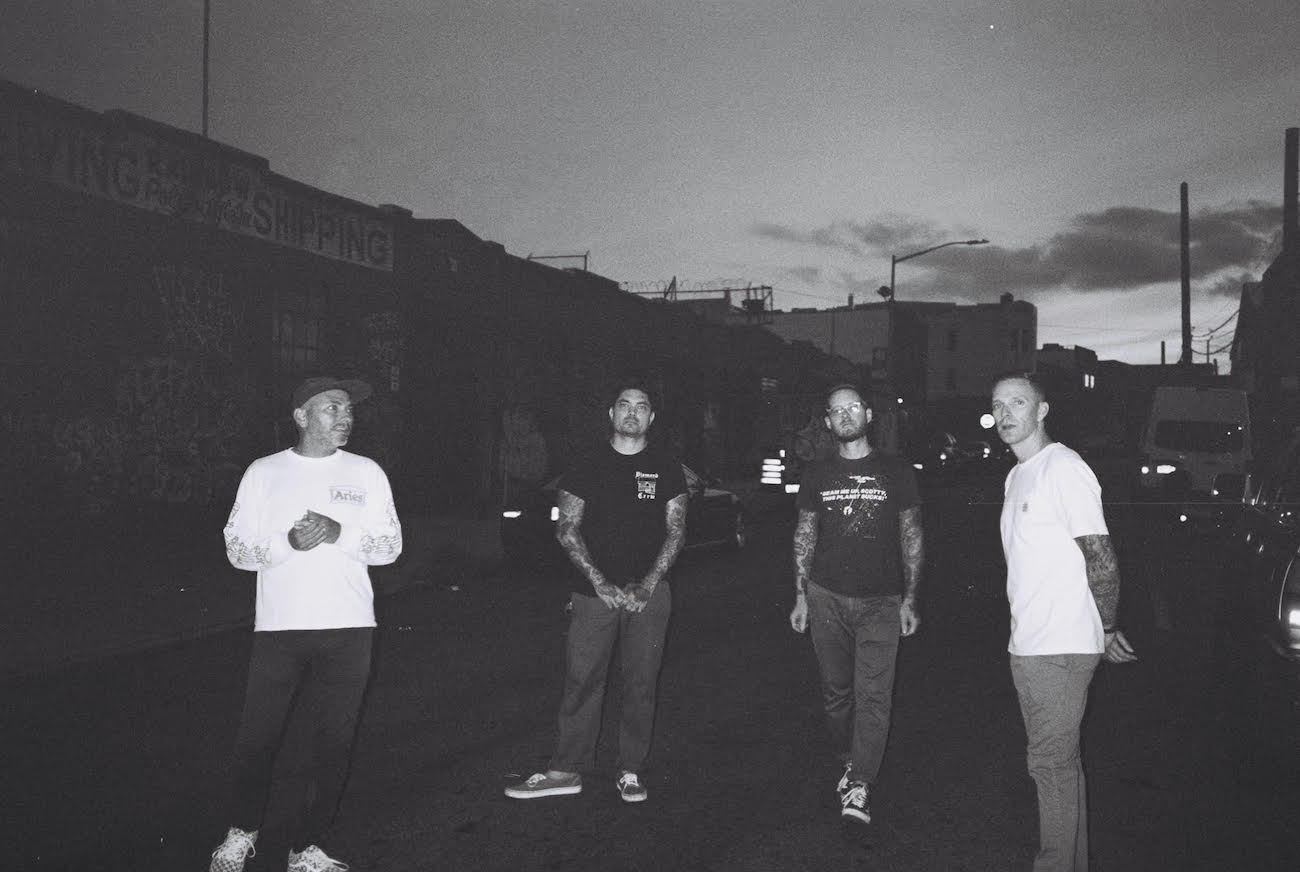 Freedom Beach is the new EP from the boys in Constant Elevation, a new project featuring Sam Siegler (Judge, Youth of Today, Side by Side, etc) and Vinnie Caruana (The Movielife, I Am the Avalanche) alongside Mike Ireland (also IATA), Jani Zubkovs (Caspian) and new member Jim Carroll (The Hope Conspiracy, American Nightmare, The Suicide File etc).  The four track EP digs into some familiar territory that you might expect from the pair — blazing fast hardcore and post-hardcore that leans heavily into melodicism — but also digs into surprising left turns and even nods to bands like Infest along the way. Out now, the EP is streaming in full below.

With the new EP out, we asked frontman Caruana about the effort, its origins, life in the shadow of COVID-19, and just how big a role the Wu-Tang Clan side project Gravediggaz played in the new effort.  The details on our conversation is below.

Let’s start with the history and the origin of Constant Elevation. How did that happen? What were the initial ideas going in? Is the name a reference to the Gravediggaz track of the same name?

Vinnie Caruana: Sammy and I were playing a weekend together with two of our other projects, I am the Avalanche and Nightmare of You. We hung a bunch and he was talking about these songs he had written. His buds in Cali helped him record that stuff and he sent me a finished 7 inch with no vocals. Sammy is one of my favorite drummers and a swell guy. I dug the tunes and we tracked my stuff in NJ and then Rev got involved.

Yes, the band’s name is a Gravediggaz reference. 6 Feet Deep is in my top 5 hip hop records of all time for sure.

The new EP has four tracks. How many have you guys written as a band?

We have 7 tunes now. When live shows existed, we played all 7 and did a Side By Side cover.

How have you fared during the COVID-19 pandemic? Have you found yourself more productive or have you struggled with being creative?

My wife and I both got sick, but have recovered. I’ve stayed plenty busy with creative stuff and have watched The Price Is Right almost every day for the 1st few months. I live in Brooklyn which was the epicenter for a while, so we were straight up locked down in a one bedroom apartment.

Current project aside, what is your favorite Sam Seigler project?

As you know, that’s a very difficult question. Youth of Today and JUDGE are big ones for me, but if I was to put on a record right now it’d probably be CIV’s Set Your Goals.

What is currently going on with I Am the Avalanche? The MovieLife? Will we see tours from them in the future (once everything gets back to normal)? Are there plans for CE to do any touring?

Avalanche has a new full length that we finished right before quarantine. We are keen to not release it into the void of 2020. We will release a few tunes this year, but will hang onto the full length until 2021. The Movielife has toured a bunch the last few years, so I’d say we are good for some weekend trips here and there when normalcy resumes. Definitely want to play CE shows. The new shit will be so fun live.

The LP is named after the fourth track “Freedom Beach.” What would you like to express about the song, its origins and its theme?

Really just to not bury and run away from your mistakes. Take them on board and be sure to learn and keep evolving into a better human. Carry it with you.