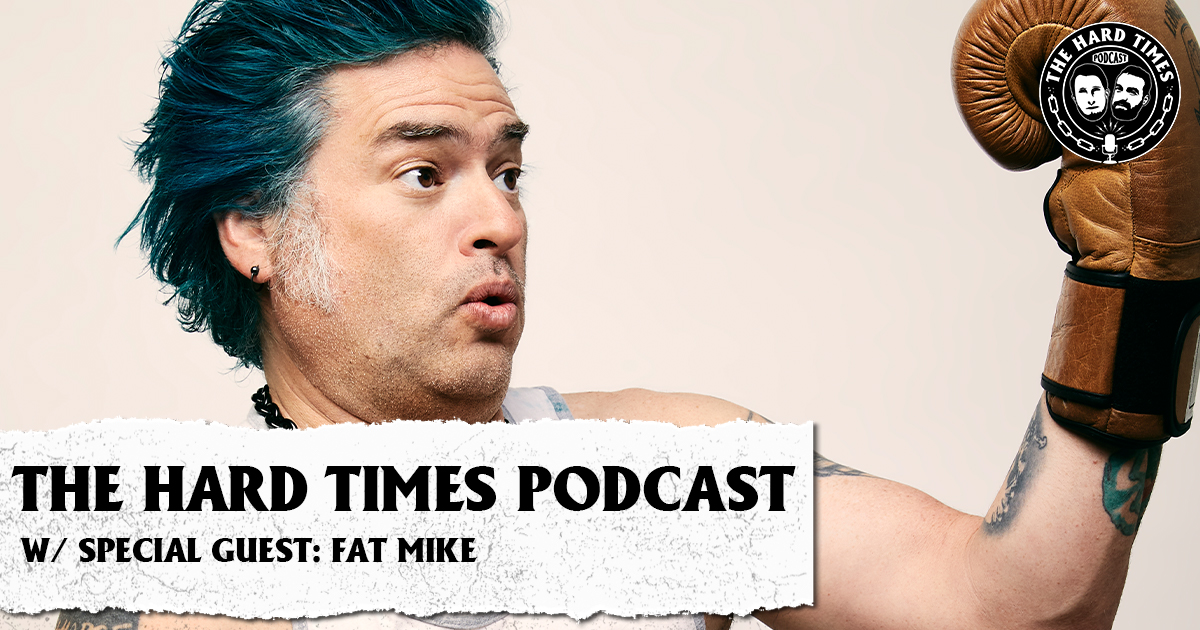 “The first time I jerked off, it was to kinky shit,” he says, somewhat out of nowhere. “My mom had magazines. She had one magazine called Cocks and Cunts. And it was just close ups of genitals…This is disgusting, which one is uglier? And then I read a kinky story in another one of her magazines and I was like, oh, this is my jam.”

Bill and Matt try to keep up with awkward sex stories of their own, but they can’t top Fat Mike. “My mom would try and give me like sex tips,” he tells them. “But they were wrong! She never taught me about choking.”

“I don’t know if most parents’ birds and the bee talk includes choking,” laughs Matt. And that’s before the story of someone spraying breast milk all over Mike during a show.