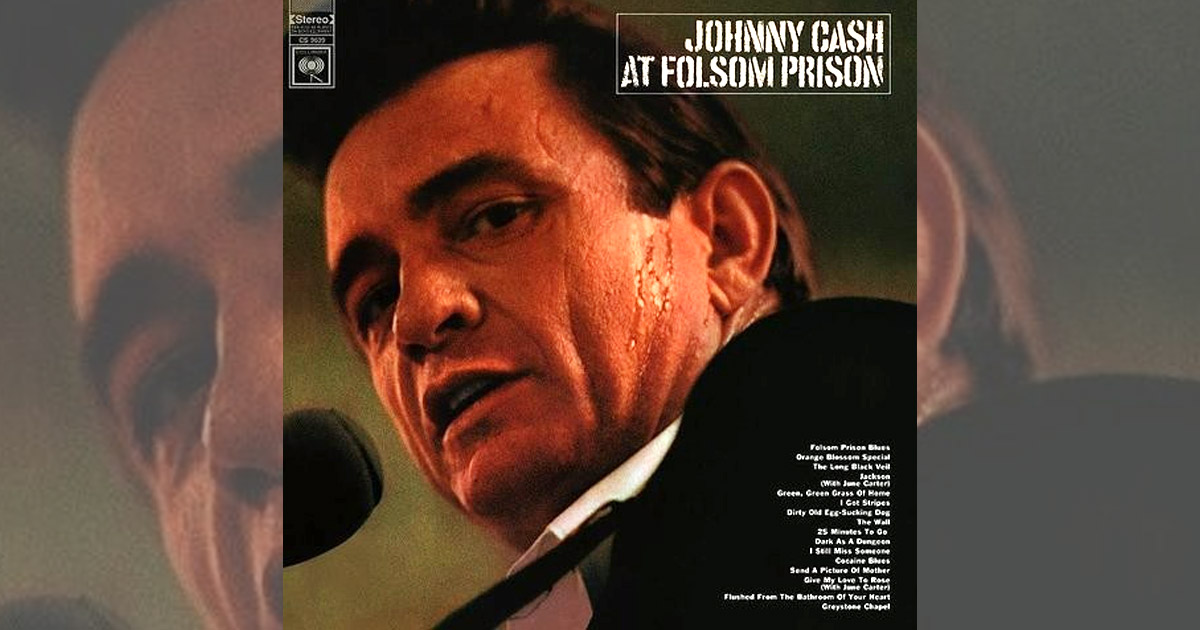 Contrary to popular belief, country western music wasn’t always about trucks and ‘Merica. You’ve probably heard or spoken the phrase “I like most music except for country” before. As a teen, I uttered it dozens of times before I actually let a single country song pass through my young earholes. Country greats like Hank Williams and Loretta Lynn laid the groundwork for today’s pop country that many despise. But in a lot of ways, their music has less in common with Luke Bryan than with Dead Kennedys.

These are honest songs that reflect the attitude of the working-class, with lyrics that are smart, funny, and catchy, like most punk you know and love. They’re sometimes gritty, other times polished. What’s more, all of these songs fall under the 3-minute mark. When you hear the vinyl bump and fizzle on an older recording, you’re transported to a time of cowboys, honky tonks, and hot southern livin’ — and it feels weirdly reminiscent of your average mosh-pitting, job-hating, hard-drinking night spent at a local punk show. Here are 10 country songs that capture the spirit of punk.

This song might be the closest thing to a top 40 hit that you can stand behind. The backup singers (with their mellower take on gang vocals) hammer the point home that our protagonist, Tom Hall, does in fact like beer. The humor he carries through the song makes it both relatable and enjoyable. His imagination is another selling point for the song, reminiscent of Harry McClintock’s classic “Big Rock Candy Mountain”. Hall dreams of a place where water tastes like beer, but to his audible disappointment, someone turned it into wine.

“You Can’t Roller Skate In a Buffalo Herd” – Roger Miller

With a song title that wouldn’t be out of place on an early ’90s pop punk record, this song is a prime example of the humor in many older country hits. Singers from the ‘50s and ‘60s had an excellent ability to deliver witty lines without breaking the rhythm and conviction in their voice. This song is nonsensical at best, but that’s what makes it so perfect.

Punk’s satirical nature is a big part of what makes the genre great — where’s the fun if you can’t laugh at yourself? — and country is no different. You may have heard this song in Jackass 3 as Johnny Knoxville got plowed into the ground by a small herd of buffalo, while on rollerskates. Miller may be more widely known for his hit “King Of The Road”, but is no stranger to having a good laugh.

Like punks, country singers also occasionally see the appeal in writing about Halloween. Country’s generally casual nature offers a ton of room for artists to have their own voice and be adventurous in their songwriting. Buck Owens has plenty of hits about love and life, but he takes a breather here and exercises his ability to  write something that’s just fun. The song is a halloween anthem that calls upon the listener’s imagination to watch Buck fight some halloween monsters. It’s hard-hitting, with a steady hi hat beat and amped-up energy similar to early Ramones.

Loretta Lynn is widely considered one of the best country singers of her time, and rightfully so.  Something about her soothing, angelic voice on a diss track from the 1950s is extremely satisfying. Her strong southern drawl wraps you up in a warm hug and doesn’t let go until she sings the final note.

She stands strong while singing alone, but when the back up singers and slide guitar make their mark on the chorus, they create this extra beefy sound that just one person can’t replicate. The hook is infectious, and leaves little to be desired. The lyrics without the music read as aggressive as any that came out of street punk. “If you don’t wanna go to fist city/ You better detour around my town/ ‘Cause I’ll grab you by the hair a the head/ And I’ll lift you off the ground.”

“I Got Stripes” – Johnny Cash

Here’s the easy gateway country artist for uninitiated punks, or for those who only know the Social Distortion version of “Ring of Fire”. Cash performed “I Got Stripes” at his legendary show in Folsom Prison. We follow our protagonist on a two-week journey of getting arrested, jailed, and later ending up in solitary confinement as punishment for trying to escape with a file. The final verse ends on Thursday, when he is put on a near-starvation diet of bread and water. The microphone distortion extenuates Cash’s low, distinct vocal buzz.

The Folsom Prison album and “I Got Stripes” reflect Cash’s awareness of the world around him and everything wrong with it, fitting right in with his “Man in black” persona as well as the overall awareness of injustice often found in punk.

“Take This Job and Shove It” – Johnny Paycheck

Here’s an anthem for the working man we can all instantly relate to based on the title alone. The verses bring the energy down low with the bass and drums carrying Paycheck’s strong, fortified southern drawl. The harmonica and classic twang of the slide guitar are used to drive home his urgency about needing to quit his miserable factory job. The song is catchy, and has a groove that is relentless. Paycheck’s attitude reflects the attitude of most country singers: he’s had enough, and nothing is stopping him now.

Country singers seem to be magnets for heartbreak. Smith wears it proudly as she imagines her ex-lover with another woman while listening to the same song as them. The song leaves the listener feeling equally sad for her, and blown away by the catchiness of the hook and how long it lingers after it ends. It’s innocent, catchy and sweet in its entirety.

Smith’s strong voice slides like butter through the entire song, without giving in for a second. The backing vocals reflect the bubble gum pop that was popular in the ‘60s, when Smith released this song, which makes it even catchier. It takes a few listens to fully appreciate the layering of the individual instruments, and how perfectly they mesh together.

This became one of my favorite country songs of all time after I spent a summer listening to Marty Robbins’ strum while working on a farm in New Jersey. Baling hay and whacking weeds to the sounds of Robbins’ sung stories was the closest thing to a cowboy’s life that I’d experienced.

This song is shorter than most of his songs, but the message that he will be a cowboy for the rest of his life is clear, and the melody is infectious. The chorus bounces over the instruments that mimic the rhythm of a horse trotting. One of the more attractive qualities of his voice is the smooth vibrato he uses to texture the melody. The song is bouncy, catchy, and cowboy-y. What more could you ask for?

“Why Don’t You Love Me” – Hank Williams

Hank is arguably one of the most legendary country singers of all time. His short career was packed full of classic songs, this being one of my favorites. Most of his song lyrics are sad and blue, but the melody and instrumentals give them a happy twang that makes them irresistible. The rhythm follows the classic horse trot beat, and brings the listener back in time to a smokey honky tonk bar. This song’s extended slide guitar and fiddle solos are indicative of his music’s classic sound, which would become unrecognizable when the Red Hot Chili Peppers covered it on their self titled album in 1984.

Last but not least, originally written by Willie Nelson, “Hello Walls” brought  Faron Young to the top of the charts. The song covers the usual themes of heartbreak and sadness, but characterizes the room the singer is in as his new companion after his love left him. The inanimate room around him takes on a life of its own: it was there through the whole relationship, and it also misses his lost love.

The beauty of this song is in the imagination of Nelson, and the genius of his lyrics. In order to survive heartbreak, Nelson has to band together with his friends: the walls, the window, and the ceiling. And anyone who’s ever grown up in a small-town scene or played a show to a crowd of zero can relate to that.