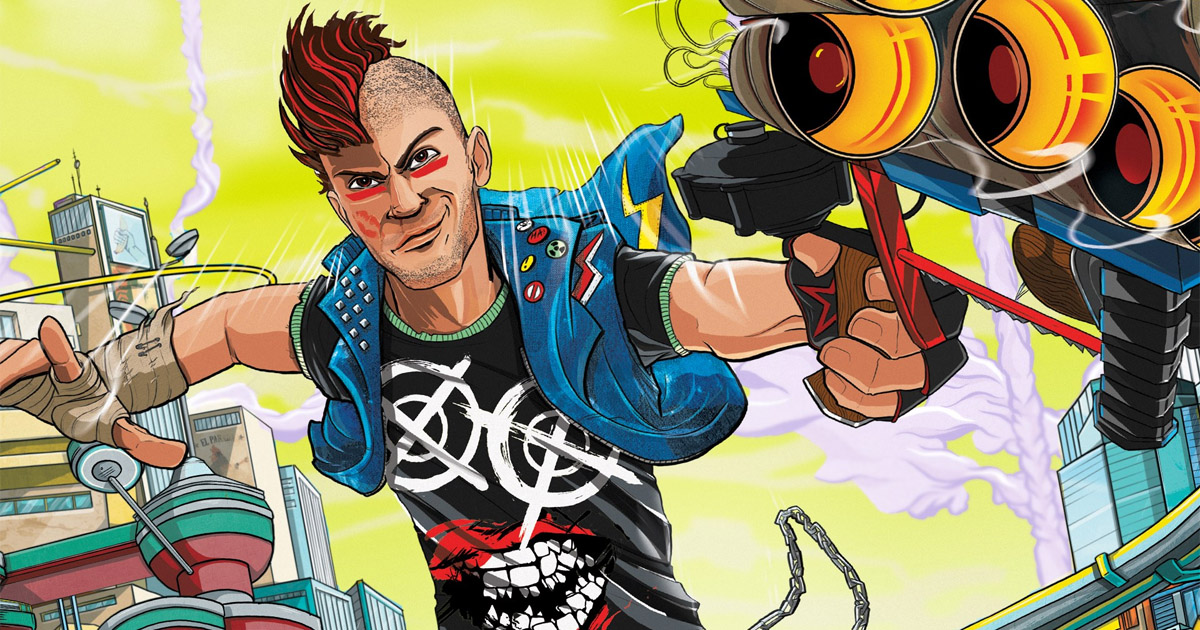 With the world locked down due to the coronavirus pandemic, there’s way more time to play video games at home. Just like with TV and film, a soundtrack can help enhance any entertainment experience.

The “Tony Hawk’s” skateboarding games built a legacy on bringing the punk genre into the video game realm in the 2000s, and influenced the music taste of a generation. With the upcoming remaster’s soundtrack just announced today, here are eight other games with great soundtracks featuring music under the punk rock umbrella.

The 2016 edition of the Microsoft exclusive racing game invited players to drive around an open- world Australia. Exploring the Outback and coastal regions of the colossal island was made more fun with the choice of two radio stations revolving punk and emo record labels: Vagrant Records and Epitaph Records.

For things on the more pop side, the Vagrant radio station included songs by The Get Up Kids, blink-182, Saves the Day, Alkaline Trio and Thrice.

At random times during the game, Forza Horizon 3’s sole radio DJ will make any song a “Skill Song,” which increases the player’s points multiplier for doing tricks such as drifting and driving at high speeds without bumping into anything during the duration of the song.

The second best-selling video game of all time released in 2013 and is still one of the most popular games today.

Driving around and causing chaos in the fictional city of Los Santos can be amplified by listening to the punk rock station Channel X, which is deejayed by legendary hardcore frontman Keith Morris.

Channel X is the preferred radio station for Trevor Philips, one of the game’s three playable protagonists, as it is the default station when entering his pickup truck.

On the more garage side of things, Vinewood Boulevard Radio includes songs by FIDLAR, The Orwells and Hot Snakes.

Inspired by the “Tony Hawk Pro Skater” franchise, “Skate 3” is a skateboarding video game with a cult following due to its ragdoll physics and funny glitches. Fans are still waiting for a sequel 10 years later.

As skating and punk music have complimented each other for decades, it was expected to hear angst-filled music by classic bands such as Agent Orange, The Misfits, Dinosaur Jr., Pixies and Joy Division while grinding and performing tricks in the skating utopia Port Carverton. Nothing beats landing an ollie while hearing Ian Curtis sing about depression.

“Skate 3” is backwards compatible on Xbox One, for those with modern consoles.

This Microsoft exclusive was developed by Insomniac Games, which was known for making games for PlayStation consoles. The developer switched over to Xbox in 2014 to release a punk-themed action open-world game akin to the “Jet Set Radio,” with plenty of fourth wall breaks.

A nice option for player customization is that apparel is not gender restricted, which is punk as hell.

“Sunset Overdrive” differs from other games on this list as it does not feature licensed music, but provides an original soundtrack featuring catchy punk riffs.

Melvins frontman Buzz Osborne does make a cameo appearance when the player needs help booking a band to play for hospitalized children.

The 2005 edition of the defunct annual college football simulation series is unique as it is the only game in the franchise to have licensed music. Every other game proceeding and succeeding this installment featured only university fight songs.

Fans were introduced to The Mr. T Experience, Lagwagon and Jawbreaker. When was the last time “Bad Scene, Everyone’s Fault” was in a video game? Also making an appearance on the soundtrack were The Clash, NOFX and Bad Religion.

The classic outrageous cab-driving simulator has found a home in a plethora of gaming devices since its initial arcade release in 1999.

Having a soundtrack exclusively consisting of The Offspring and Bad Religion, there’s plenty of chaos to generate as you transport your riders to their destinations in record times, hoping for no virtual vomit to clean up on the side of the rear doors.

Since there are few places to cruise in real life right now, might as well do it in a place where there are no traffic rules.

It’s been a while since music games have been popular. When “Rock Band” gained mass appeal by adding drums and a microphone to the mix, the “Guitar Hero” series adapted in 2008 with the release of “Guitar Hero: World Tour.”

The plastic guitars and drum kit still might be tucked away somewhere around the house. Dust them off and play along to Rise Against, At the Drive-In, Jimmy Eat World and NOFX with your quarantine mates.

There are also plenty of other genres available on-disc or can be purchased through DLC, so there’s something for everyone in the household to enjoy. Though, it would make sheltering in place worth it to see grandma sing along to “Pretty Vacant” by Sex Pistols.

Widely considered one of the best video games of the 2000s, “Burnout 3: Takedown” elevated the racing franchise by adding explosions and addictive vehicular violence.

There’s nothing like driving at unlawful speeds and wrecking opposing racers on your way to first place while hard-hitting punk songs contribute to the adrenaline rush.

The game’s soundtrack featured bands from all forms of punk including Pennywise, Sugarcult, The Bouncing Souls, My Chemical Romance, New Found Glory, Rise Against, Motion City Soundtrack, 1208 and No Motiv. It’s no wonder this game is considered an all-time great.